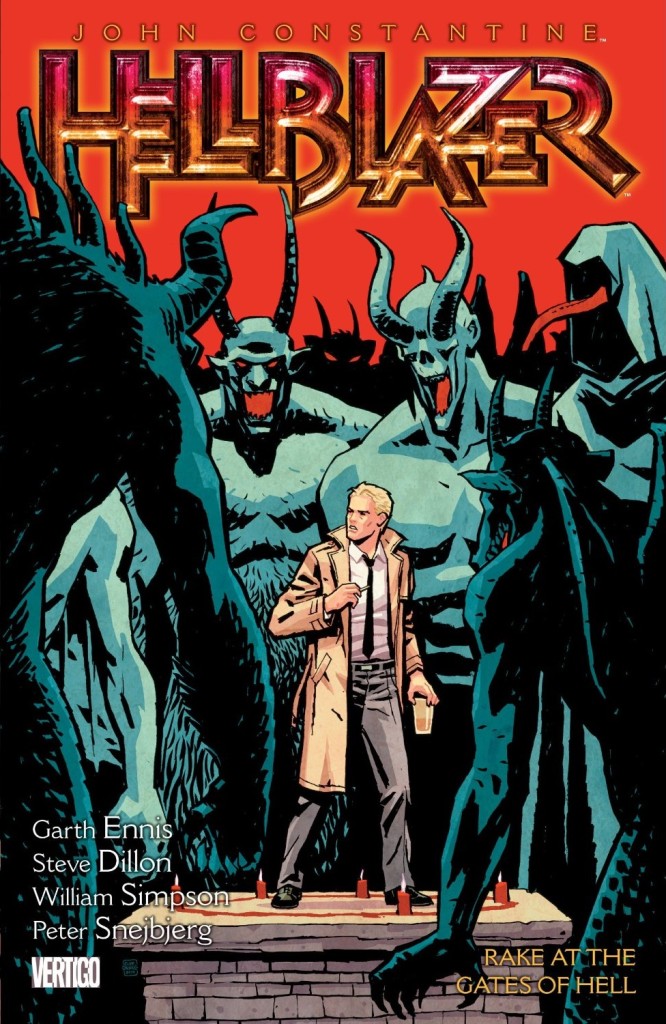 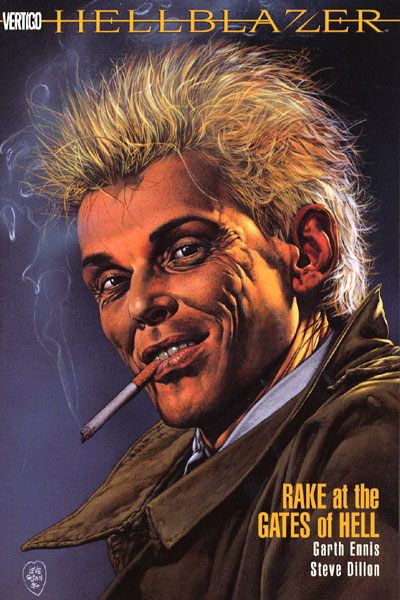 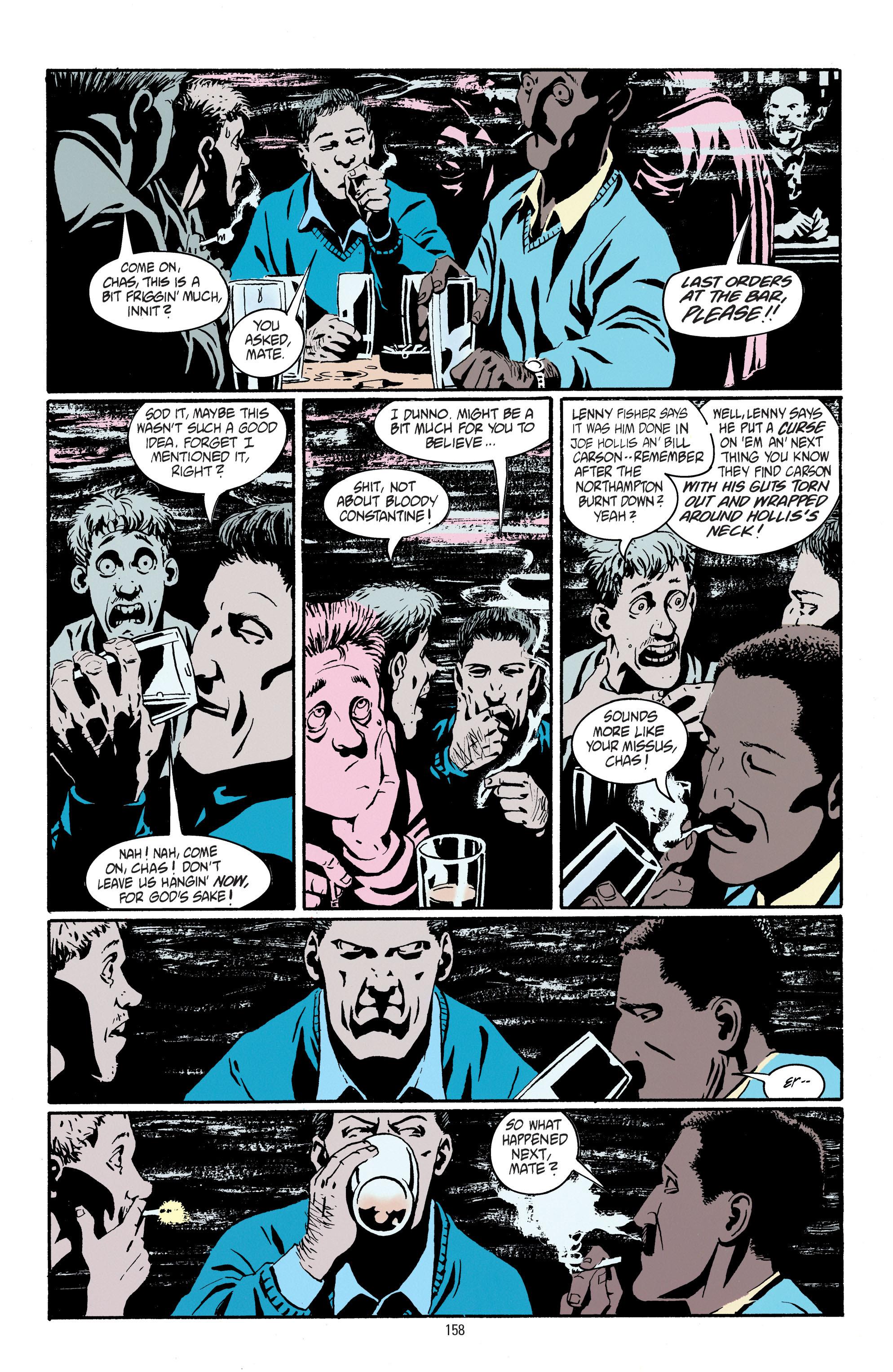 Rake at the Gates of Hell takes its title from a song, like many others over the course of Garth Ennis’ run, from the Pogues’ repertoire. The words may as well have been written about John Constantine himself, the Lord of the Dance (the titular pagan spirit of Christmas Constantine befriends in Bloodlines) using the reference to describe John’s personality in the previous Tainted Love.  John’s battle with the First of the Fallen, Satan himself, is building to a climax. Having been through the mangle of life yet again in the previous volume, John is now back on his feet, but old foes have noticed he isn’t himself and taking advantage of it as Satan draws ever closer to glorious victory.

Garth Ennis could never be accused of shying away from expressing an opinion over his Hellblazer tenure, and it’s doubtful the run would have been as good had it lacked this personal touch. From the British monarchy and the class system it represents, to the abuse of authority and power (particularly religious organisations), growing racial tensions and police corruption to the “Troubles” of Northern Ireland, Ennis now turns his sights on the United States of America in ‘Damnation’s Flame’. What it lacks in coherence it more than makes up for in astute and searing observations of American culture. Steve Dillon does well to capture New York, his passion for the city shining through, but neither does he hold back from a depicting the city’s murky side, truly frightening on both natural and ethereal levels. Back in the UK Ennis continues to comment on the growing racial tensions in London amid the rise of the British Nationalist Party (BNP). In the title story Constantine is frantically trying to outsmart the devil, with tragic consequences and Steve Dillon on fine form.

It’s not all doom and gloom though, with more than a few tender moments to spare. There’s a look at Constantine’s history with old friend Brendan Finn and former flame Kit with artist Will Simpson. A very amusing pub crawl with a ghost courtesy of Steve Dillon ties up a number of internal references Ennis invented for plot purposes, Dillon illustrating the scenes so well you’ll be planning your next booze up. A real gem here is artist Peter Snjebjerg’s guest appearance in ‘And the Crowd Goes Wild’ featuring old Constantine cohort Chas. It’s a real pity Snjebjerg never drew more Hellblazer because his style suits the genre right down to the ground. Pubs feel smoky, the passions of football roaring off the page at you, and his piece de resistance lies in helping Ennis deliver the funniest scene of the series. Ennis crafted some great characters for his run from Brendan to Header, Ellie to Rick the Reverend. Stand-out though was Kit who featured regularly and even had her own one-shot titled Heartland. That’s collected here, and like the story of the same name in Tainted Love, it features her family in comedy-drama/ commentary on life in 1990s Northern Ireland. It’s delivered from a very clever perspective and earned Ennis and Dillon a Hastur nomination for Best Short Story.

This is gut-wrenching material where Ennis depicts Constantine trying not to be a bastard for once. It’s also the most overtly political of the Ennis/Dillon collaborations, jarring the storytelling when perspectives change. Like Jamie Delano before him, Ennis finished well to leave the slate clear for Paul Jenkins to take over in Hellblazer: Critical Mass.