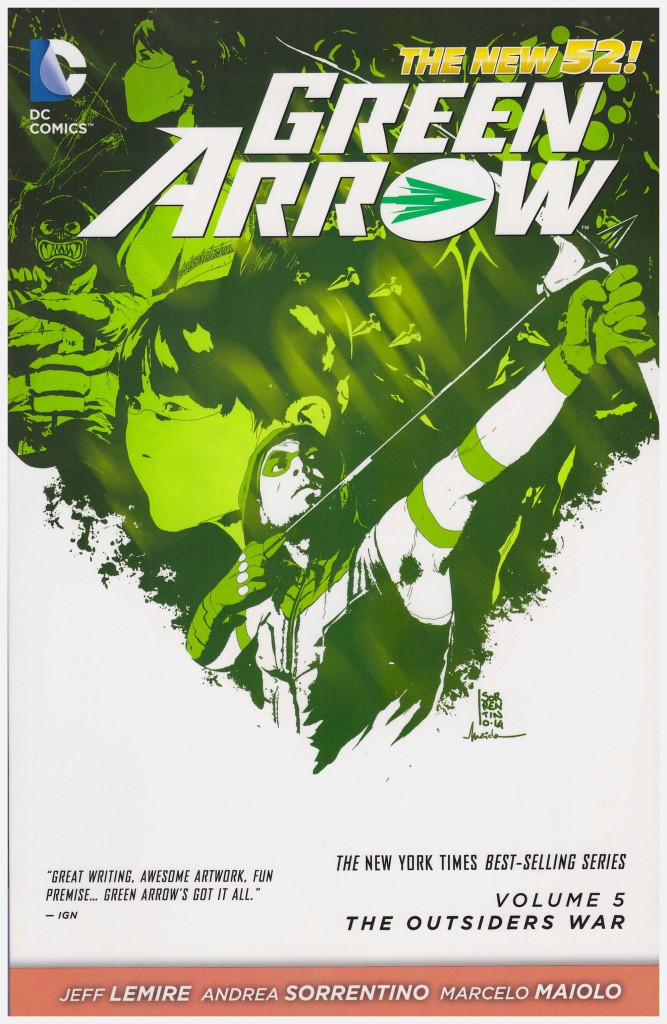 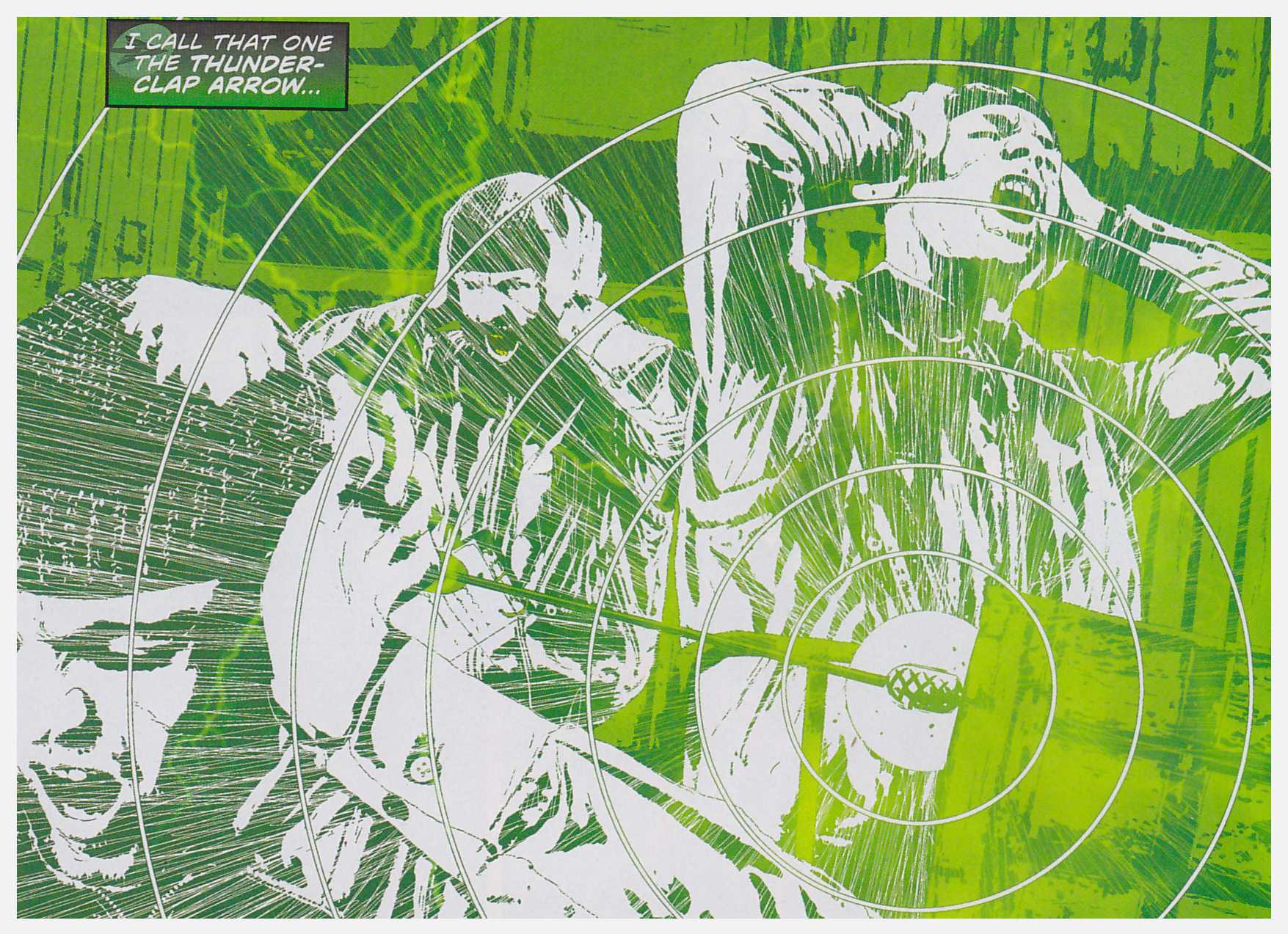 In The Kill Machine Jeff Lemire and Andrea Sorrentino turned around what until that point had been a largely lacklustre Green Arrow series. The comfort blanket of wealth was removed, and it was revealed that being stranded on the mysterious island that evolved Oliver Queen into Green Arrow wasn’t random chance. Most of the previous supporting cast fell by the wayside, and there were revelations about the skills learned tying into a greater set of disciplines and an organisation known as the Outsiders.

That’s all temporarily sidelined for the opening chapters here, which focus on a first encounter between Batman and Green Arrow, then a relating of how important John Diggle was to Green Arrow’s early days of crimefighting in Seattle. Diggle and the cast accompanying him are dropped in and out of the book, setting up events of the next volume, Broken.

When the story shifts back to the present day it’s explained that each of the weapons-based clans comprising the Outsiders possesses a totem representing their discipline, and the Green Arrow is something more than a name.

There are some clumsy expository information dumps here, but as in the previous volume, Lemire is very good at re-fitting what was previously established around a wider application. So, events that led to the creation of Green Arrow are presented from a different perspective by someone long believed to be dead. That’s far from the only bombshell dropped here, as Green Arrow takes a direct hand in breaking up the Outsiders. As a wry joke Katana is also on hand, as are Shado and Butcher.

Sorrentino continues to experiment with his storytelling. For the most part he supplies very solid gritty action art, but then drops in the occasional black and white panel for emphasis. Very rarely that extends over an entire page. There’s less use of the small panel within a panel, overworked in The Kill Machine, and a novel manner of breaking down action scenes is to include them entirely within large sound effect lettering. Integral to these effects is Marcelo Maiolo who works closely with Sorrentino in applying the colour.

In two volumes Lemire and Sorrentino completely turned Green Arrow around. Viewers of the Arrow TV series could read this and see it comfortably reflect their viewing experience, which, one might have presumed was the plan from the start of this re-boot. Yet it doesn’t sacrifice what comic readers like about the character either.