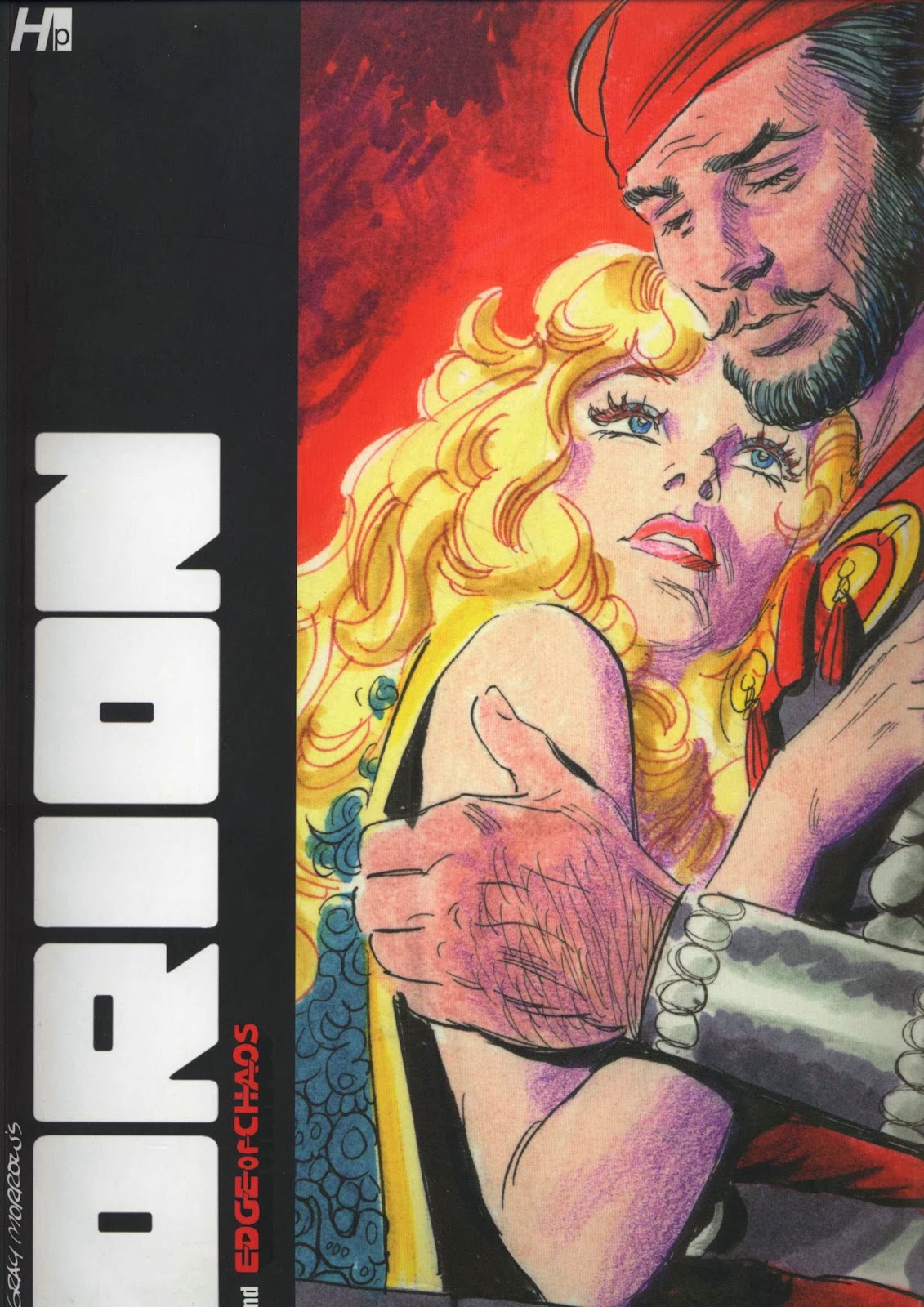 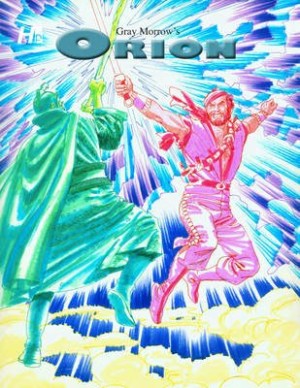 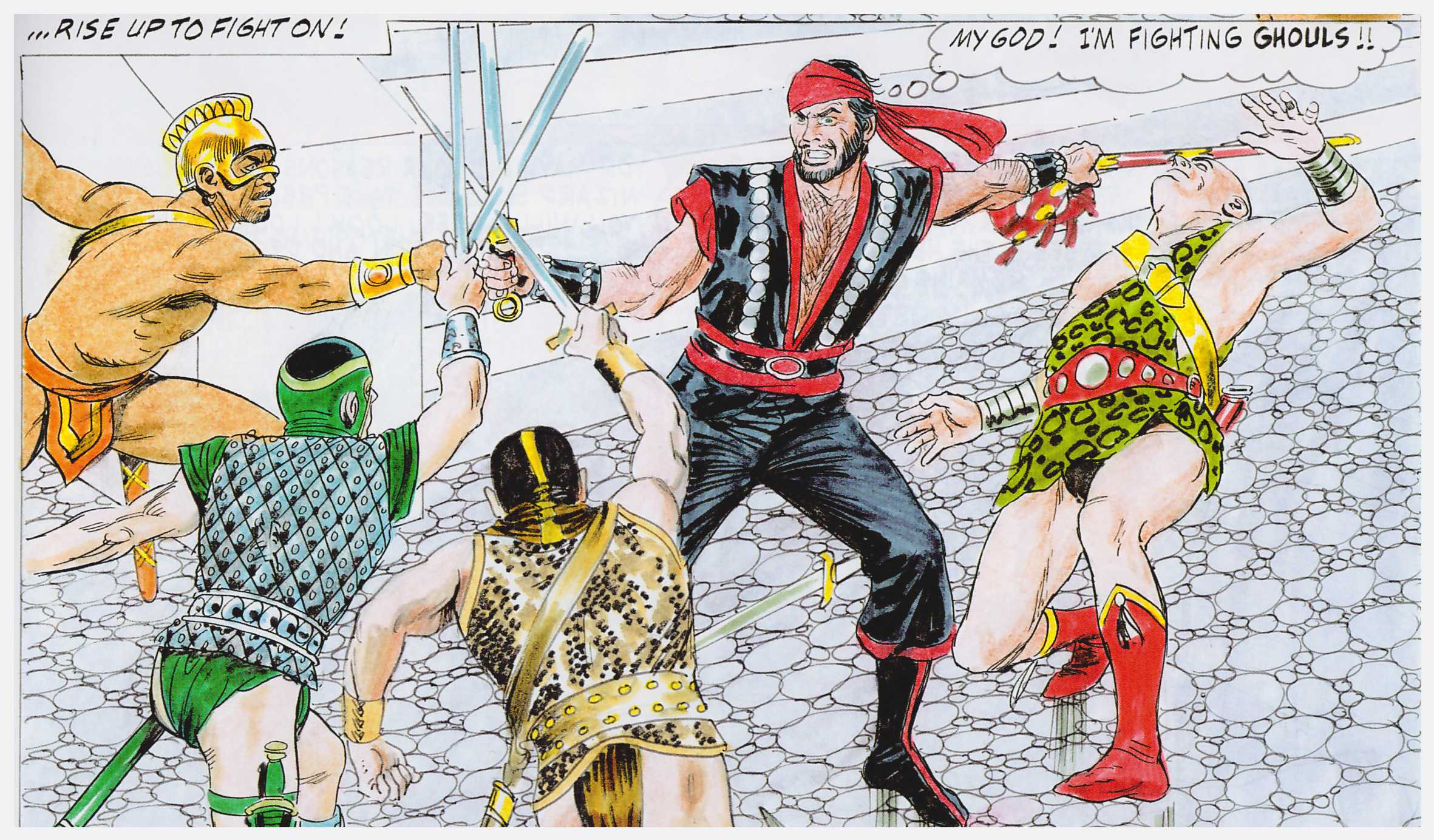 Gray Morrow was a stunning artist whose illustrative style is the equal of pretty well any comic artist you care to name. For all that, there’s only a single Gray Morrow series in print, his late 1970s work on Buck Rogers. His longest run was almost twenty years producing the Sunday Tarzan newspaper strip from 1983, yet that’s never been collected, so the 130 pages of ‘Orion’ and ‘Edge of Chaos’ remain his most concentrated body of colour work between two covers.

Just flicking through supplies ample evidence of Morrow’s talents. They were honed studying the adventure newspaper strips of his youth, employing the greatest talents of the day, and for Morrow the bonus of serialised publication in the likes of Heavy Metal was a level of nudity. To be fair to him, pretty well every woman in ‘Orion’ parades around half-naked, but so do the men.

It took Morrow over a decade to complete the sixty pages of ‘Orion’, working on them between paying assignments. Heroic archetype Orion is pursued by various sorcerous types desiring his magical sword, which he himself requires to open the seven portals to the seven bridges to the seven stars. It’s an odd strip betraying its long gestation, with Morrow’s layouts and approach varying considerably. At times he appears to have been studying Don Lawrence, and at others frustration is on display with massive textual info-dumps to move the story along in its latter stages. Morrow draws this in black and white, but there’s no consistency to his colouring, which ranges from naturalistic to hallucinogenically vivid. Cited by some as Morrow’s masterpiece, there’s little doubting the quality of the art, but it’s a very slim story.

Orion is a creature of straightforward sword and sorcery, but ‘Edge of Chaos’ sees Morrow toying with myths. Eric Cleese is a big bearded adventurer summoned to the meet the Greek gods of legend. They need a mighty warrior who can take on the rogue among their number and his allies and seeing as his name sounds similar to Heracles… The introductory elements are well conceived, but the tale descends into mediocrity, the art its only saving grace as Morrow has a tin ear for dialogue, and great swathes of extraneous text are plastered over the art in places.

Worse still for what’s intended as a prestige product with a price to match, the reproduction is unforgivably muddy for much of both stories. There was a degree of potential here, but it ultimately reveals Morrow was far better off collaborating with others.