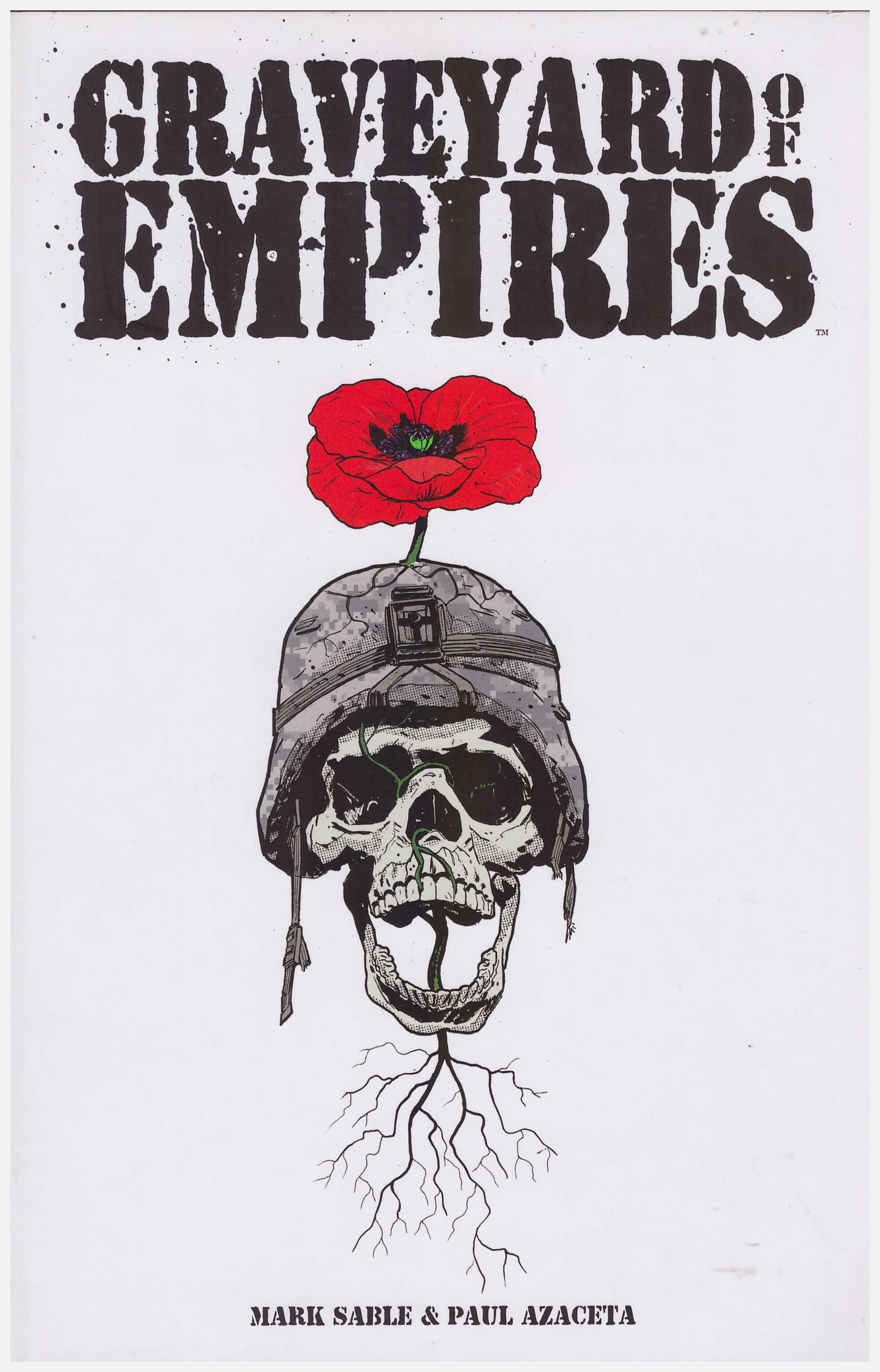 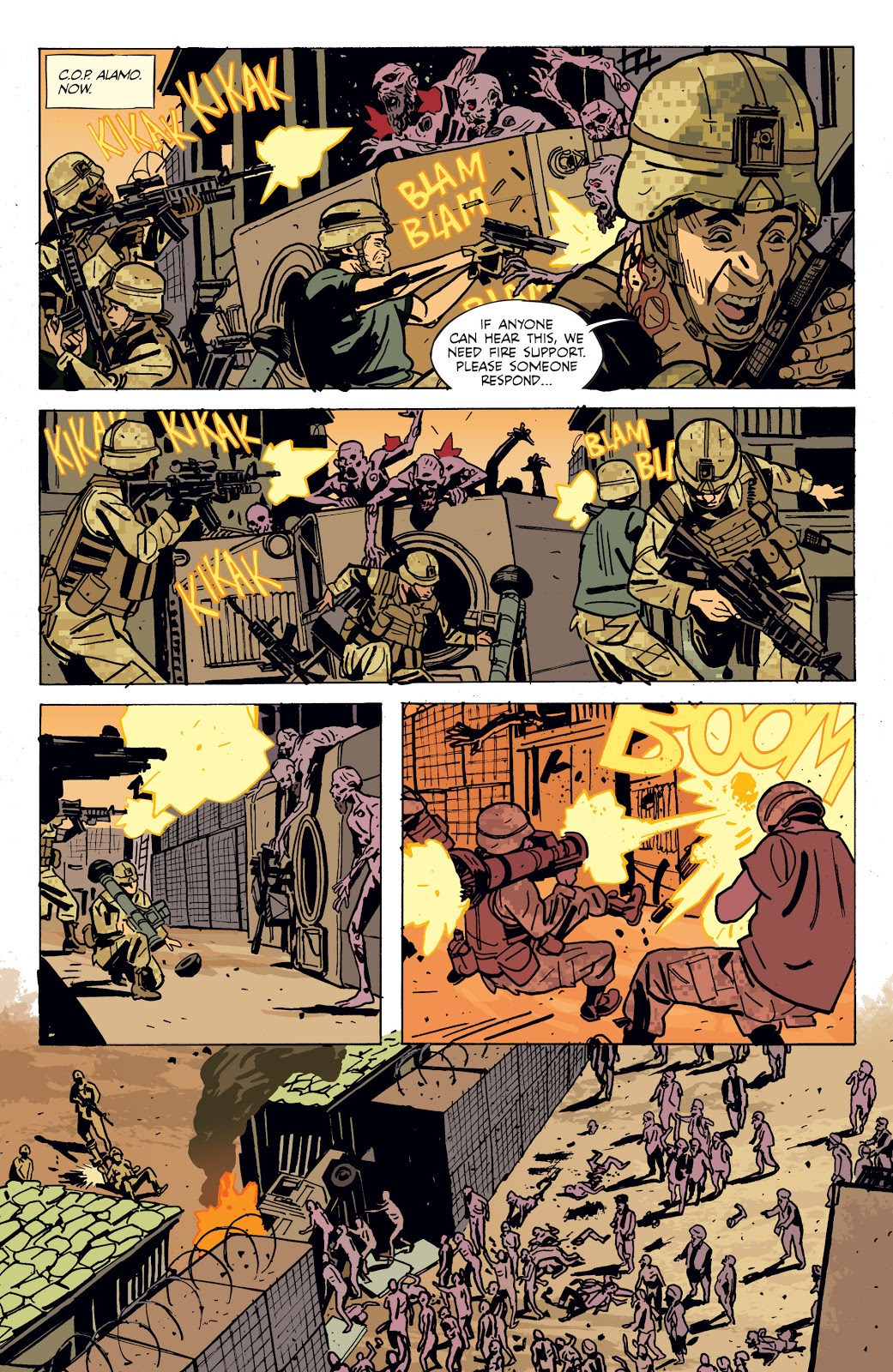 Zombies always provide a visceral thrill, but the surprise about Graveyard of Empires is that it’s far more than just the shambling dead working their way through an isolated group until a last minute rescue. The title refers to how Afghanistan has resisted invasions throughout history no matter the technical resources available to the invaders, and some of the zombies here date back thousands of years.

The initial focus is an American platoon in a remote area of Afghanistan in just about the worst possible area to defend. The daily tensions they endure are not only through living with the constant threat of death, but with each other, and how they cope under those conditions. Writer Mark Sable then spreads the net wider, revealing the type of people the US have to deal with considered the lesser evil, then wider still to the Taliban and how they coerce the local population. It’s a hellhole way before the zombies turn up.

This is an incredibly bleak story revealed in multiple shades of grey, and has been commended as an accurate portrayal by US troops who served in Afghanistan. The worst of it is that the zombies are not necessarily the most evil atrocities given an airing. There’s a reason for their appearance, and it’s entirely in keeping with the barren tone of the narrative. Along the way the assorted would-be conquerors of Afghanistan are also briefly spotlighted.

Sniper Reddick is as near as Graveyard of Empires comes to a lead character, and Sable’s progression of him into the character with a pivotal role in the conclusion is well judged. At no point is he ever likeable, but he’s the guy you’d want by your side when an army of zombies attack.

Those who recognise Paul Azaceta’s name from his Spider-Man contributions will be surprised at his contrasting art here. He constructs a dark and claustrophobic world with a distinct cast and admirably never short changes on the detail. If only all comic artists invested this much thought and time. Azaceta also writes a short back-up that segues into the main story.

Background notes and sketches occupy nine pages at the end of the book, and are far more informative than equivalents elsewhere. Those who’ve not picked up on all the nuances within the story have them revealed here, and they shed new light.