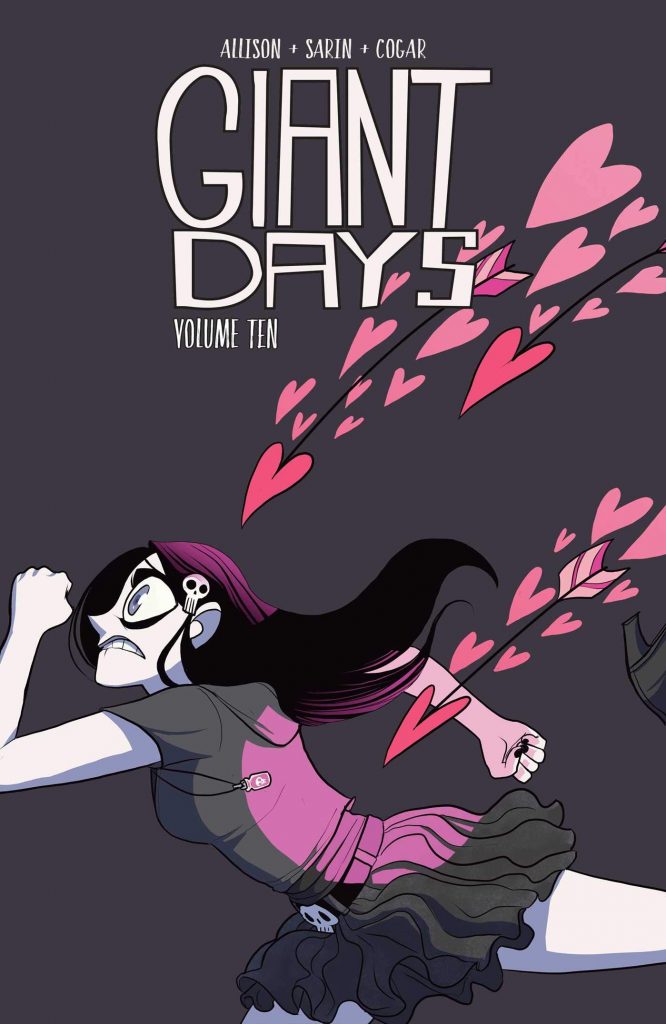 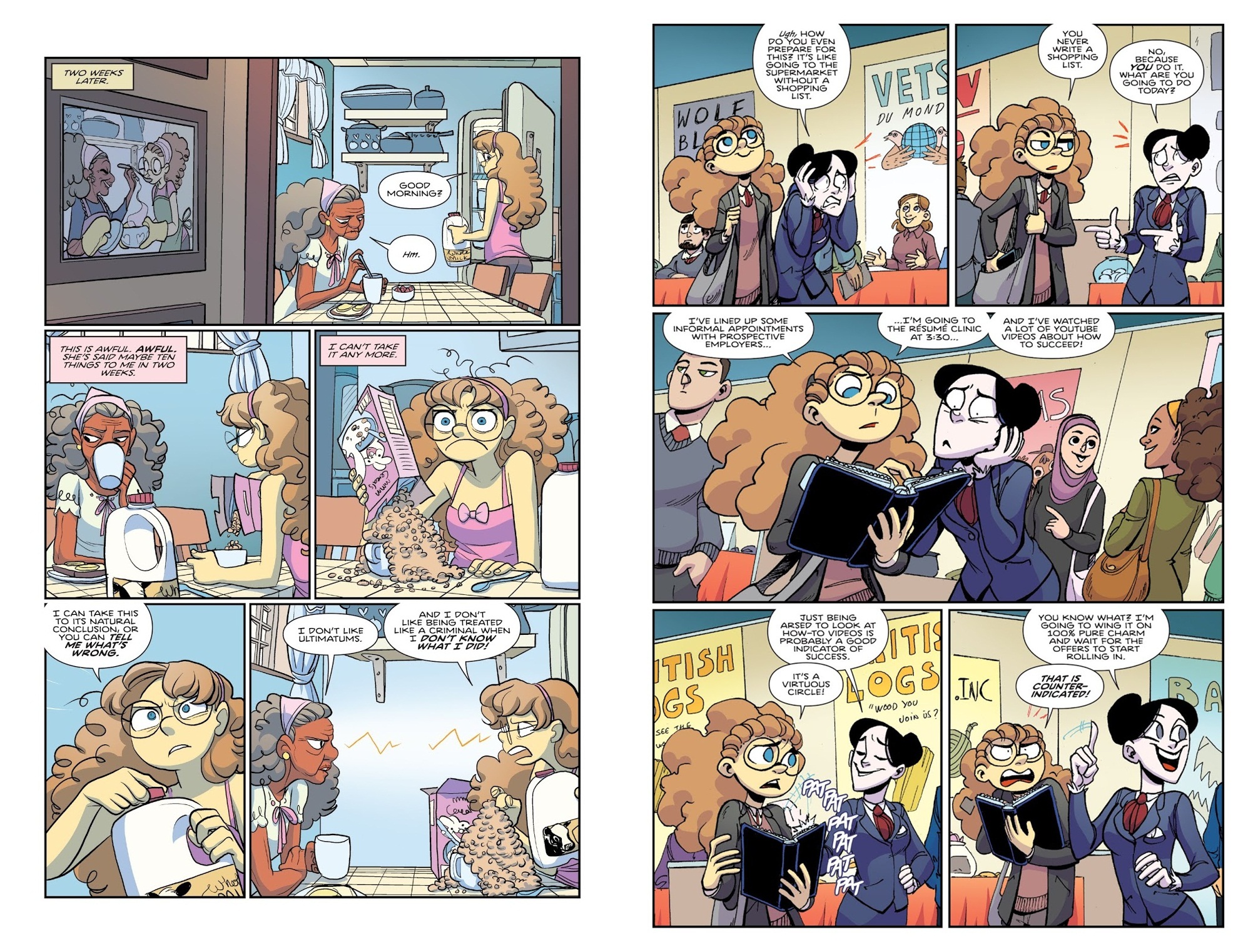 Giant Days started well and has become better and better, and that’s because in addition to the first rate comedy drama now expected as a matter of course, we’ve come to know the main cast so well, and like them so much that we share in their traumas. Every now and then John Allison will throw in a problem that can’t be resolved with a drink and a joke, and the opening chapter presents just that for Daisy. It’s brilliantly written (and drawn), having the greater emotional pull because Daisy has always been the upbeat and down to Earth character, so when the stability in her life suddenly collapses it’s exponentially worse than when it happens to Esther or Susan.

For some while Julia Madrigal has been inking Max Sarin’s pencilled pages, and here for the first time she draws a couple of episodes herself (sample art right). It’s not fair to expect her to match Sarin, but the look has been so consistent for so long it’s strange to see dumpier and looser versions of the cast with pointier chins. Sarin’s work (sample left) is more in line with expectations. It’s Madrigal, however, who illustrates the second best chapter, where Allison accumulates all his doubts, despair and wish fulfilment fantasies about university recruitment fairs into one toxic ball of hilarity.

The closing chapter has more powerful moments among the comedy as Esther and Ed get together for the first time since his hospital stay after breaking both ankles on a night out with her. Allison’s too canny to resolve things entirely, but the way he handles what’s been hanging over them is neat. The cast mesh so well in so many complex ways that every collection is a joy, and while the preference might be for Sarin to draw every chapter, even her prodigious work ethic requires some time off. The third uni year begins in volume eleven. 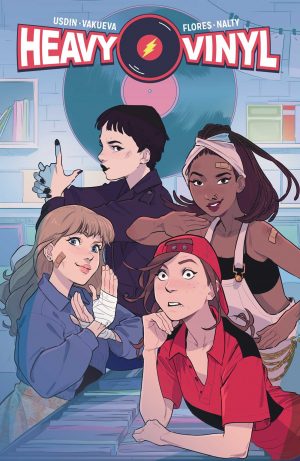