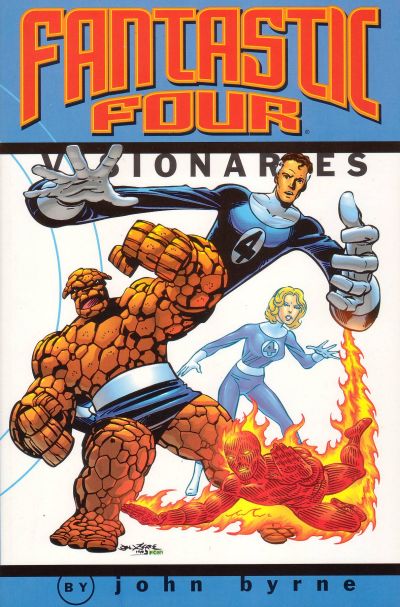 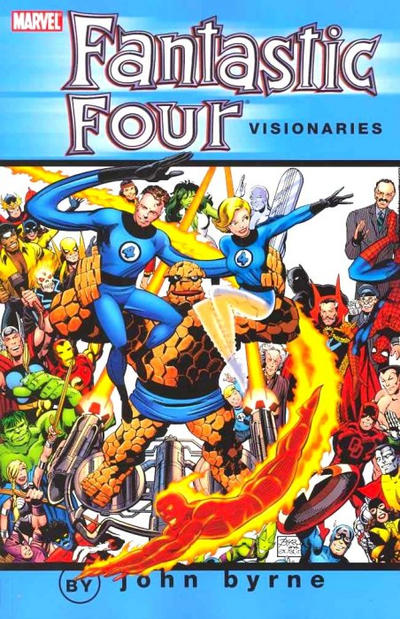 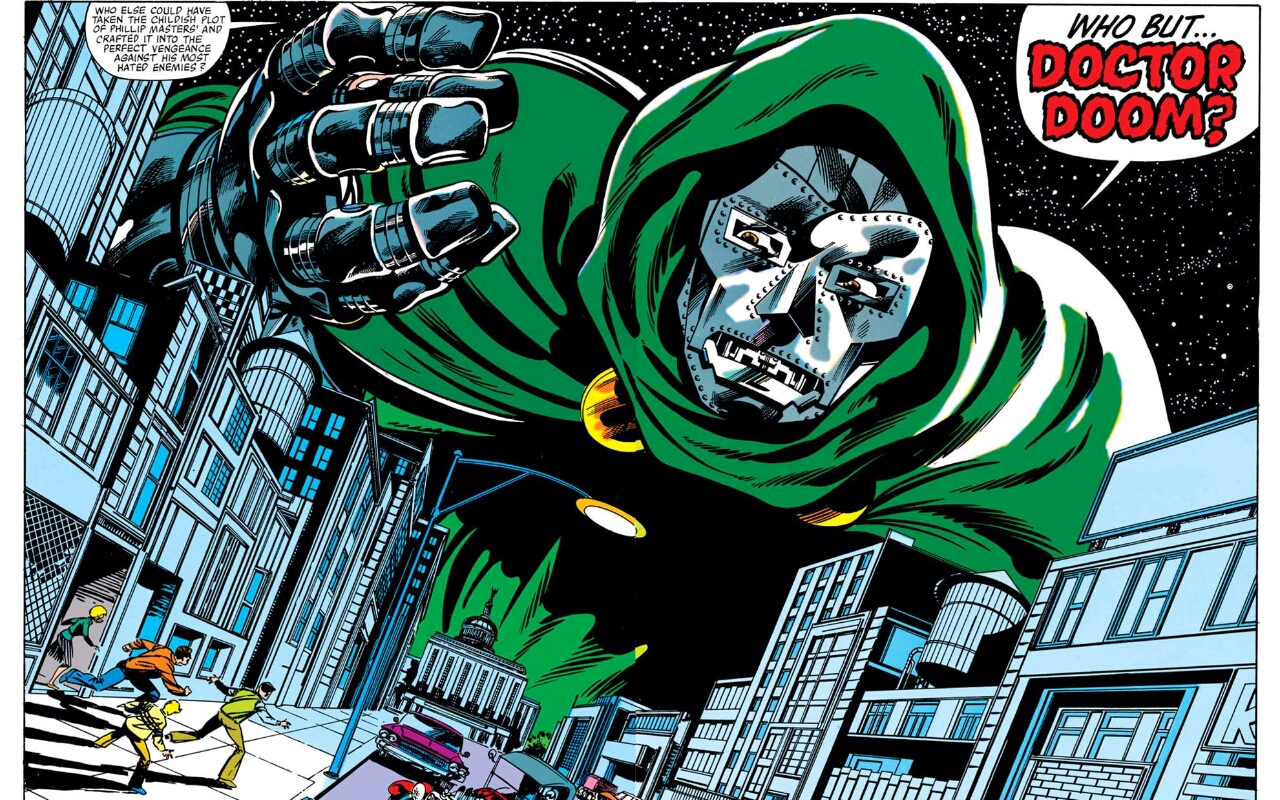 In 1981, John Byrne was a superstar artist. He was not, however, much known as a writer, even though he had a substantial input into the plots for his X-Men and Captain America runs. This changed when he took over Fantastic Four as both writer and artist; this volume includes his first nine months on the title.

Byrne overtly wanted to take the series “back to the basics”, something he advertised in the title of his first story. He wrote the FF not so much as a superhero team – they did not have the sort of formal legal privileges that the Avengers have – but as a close-knit family who happened to have superpowers. He drew their costumes as resembling clothing rather than second skins, and reverted the Thing to an earlier form.

Despite this, he also took the view that the Fantastic Four had settled into a rut, in which nothing much changed for them. Byrne set out to shake this up, and reduce the element of predictability. Johnny Storm’s girlfriend Frankie Raye turns out to have superpowers like his own. The Thing’s Aunt Petunia, a long-standing unseen character, appears, and is revealed not to be as old as everyone had previously thought. The Inhumans relocate from the Himalayas to the moon.

Byrne is also sparing with the famous villains. Many a new writer would immediately leap in with an origin recap and a Doctor Doom appearance, and then a Galactus story, but Byrne begins instead with a few fairly minor events. He delays the recap and Doom until a 20th anniversary story, several issues into his run, and this collection only mentions Galactus in a face-off against Ego the Living Planet, rather than bringing him onstage. This adds to the impact when they do appear – the 20th anniversary tale, ‘Terror in a Tiny Town’ is particularly effective, harking back well to the FF’s origins, without being overly nostalgic, and using the characters skilfully. It is the best tale in this collection. In all of this, Byrne also slips his own inventions in among the familiar. ‘Wendy’s Friends’ is a good example, a sinister little tale with demons similar to some he’d used in X-Men, and a strong rival for the collection highlight.

It’s not all perfect. Having learned scripting at the hands of Chris Claremont on X-Men, Byrne tends to overwrite. On the other hand, his art under his own inks rather than anybody else’s, is as good as it ever had been, even though we see the beginnings of the sunken cheeks that became a Byrne trademark.

Looking back at this material thirty years on, it still stands up as the best the Fantastic Four had been since Jack Kirby left, the pinnacle of Byrne’s career, and an important landmark in the 1980s renaissance of the superhero comic. 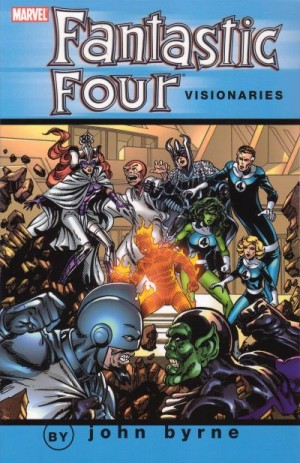