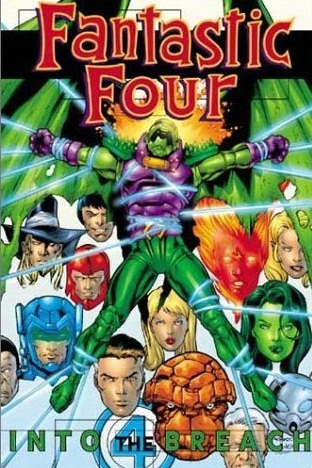 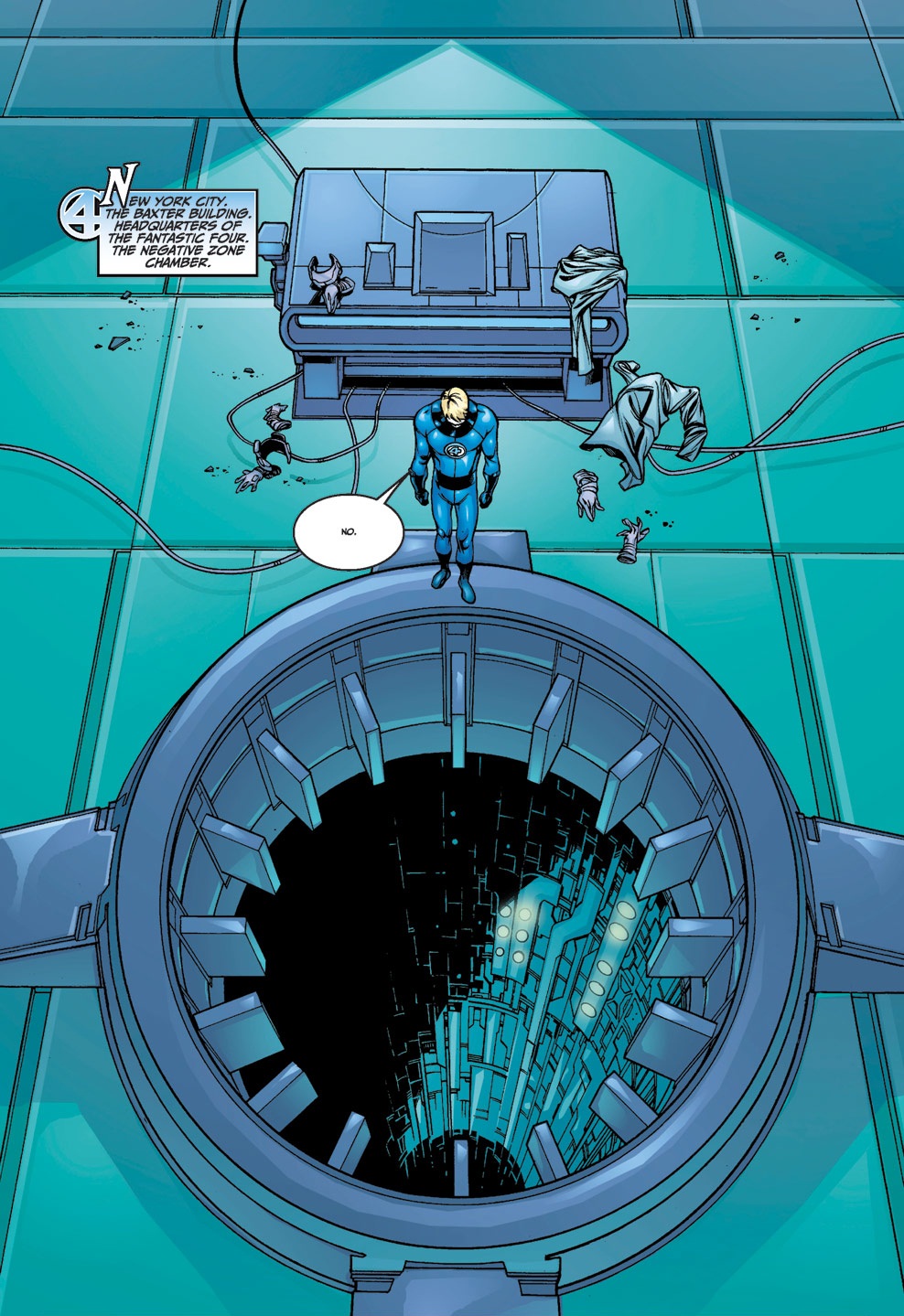 Carlos Pacheco and Rafael Marín’s introductory work on the Fantastic Four in 2000 was a slow burner. The art looked great, the character moments were nice, the sub-plots intrigued, but it wasn’t until the final chapters that Flesh & Stone gelled. This is better, as the writers have learned how to construct their plots compactly for maximum effect and because Jeph Loeb joins the creative team to provide the dialogue for two writers whose first language isn’t English.

As this collection opens, the sinister Gideon Trust are starting to explore the technology they acquired from the Fantastic Four, starting with the Negative Zone, a vast alien alternate universe that they see only as a means to a profit. This is never mind that it has a powerful ruler in Annihilus and what they’re doing has consequences on Earth. What the Fantastic Four discover when they reach the Negative Zone is surprising, original and indicative of the writers playing with the distant past. Gideon employing a character based on Teddy Roosevelt is another example, although that’s pure whimsy, with a more recent echo of the past being setting the Human Torch against the Sub-Mariner. It’s drawn well by Stuart Immonen, but he’s not yet quite the artist he’d become. Joe Bennett also guest-illustrates a chapter, with more detail, but lacking Immonen’s finesse, and the eventually sentimental final episode is the work of Jeff Johnson, whose layouts are good while his people are strangely doll-like.

That leaves Pacheco as the artistic star turn, knowing when to prioritise moving the plot forward and when to throw in a stunner of a pin-up. His splash pages aren’t always action-oriented, but they are all strong images, such as she sample page of Johnny Storm discovering the FF have headed to the Negative Zone without him. Bennett’s episode closer of a tormented Annihilus is also notable.

Into the Breach’s plot keeps surprising, both with the viable new characters and the unexpected use of people you’d not think would turn up in the first place, like someone the Fantastic Four meet in the Negative Zone. The Human Torch has to engage a new team of specialists to follow the FF, the final chapter throws in another surprising villain, and there’s a constant shifting of the status quo. The writers also include background elements that add to the stories for anyone well versed in Marvel history, such as the means by which the Gideon Trust power their inter-dimensional technology. It doesn’t impact if you don’t know, but it’s a nice extra if you do.

This is a full-throttle fun, but if there is a problem it’s the complete sidelining of a plot featuring the Human Torch introduced in the previous book. It resurfaces in Resurrection of Galactus, but only fully plays out in the collection after that. 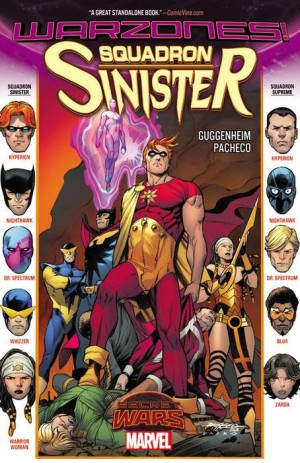 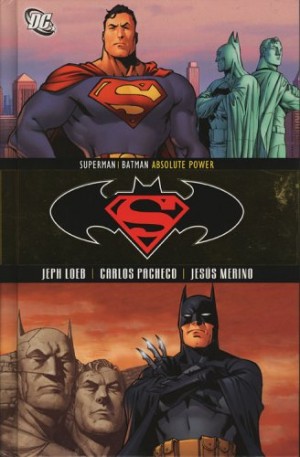 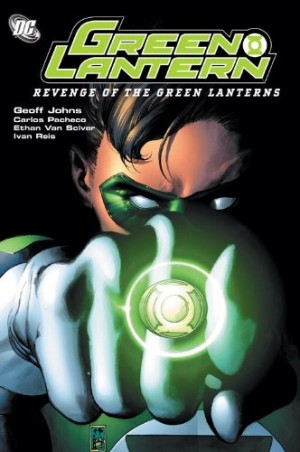