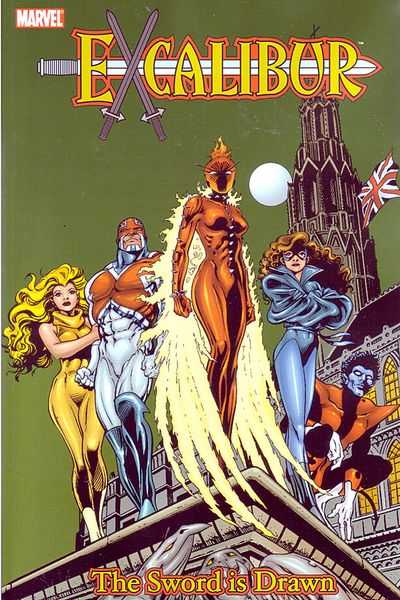 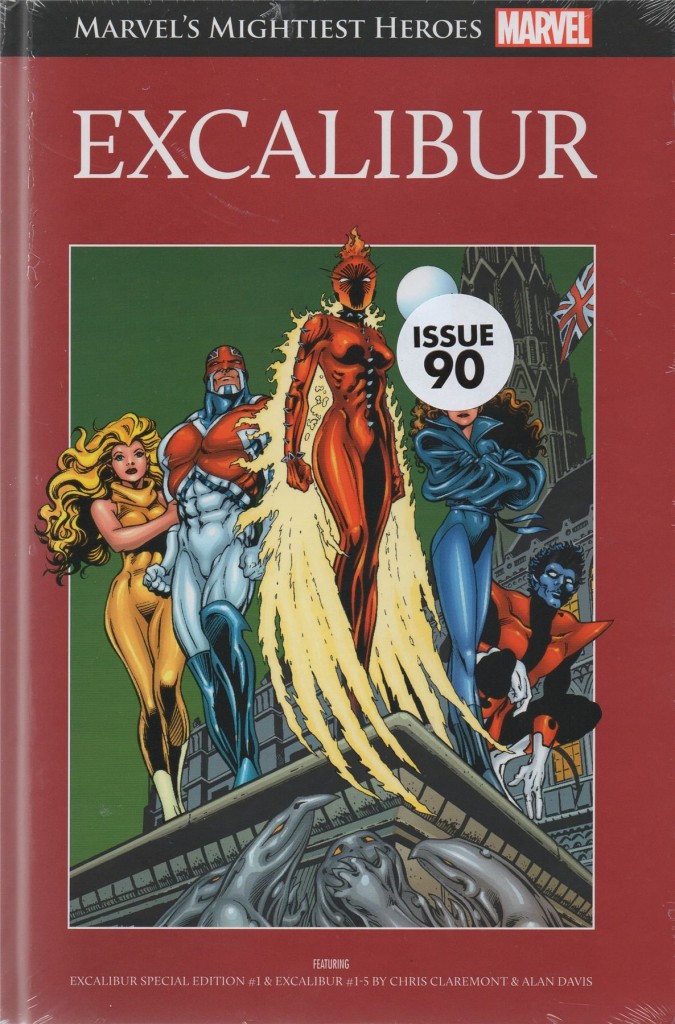 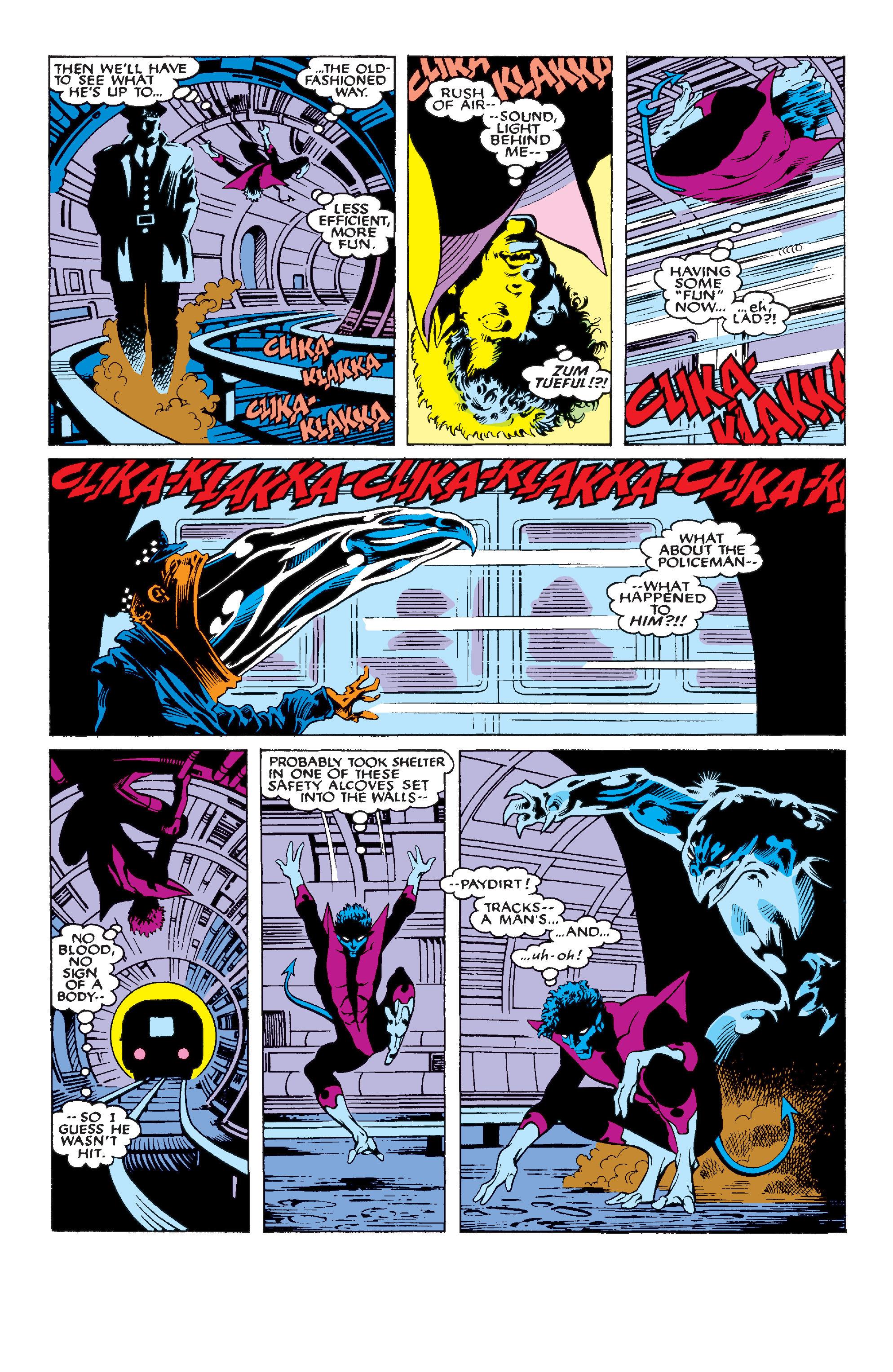 Was Excalibur the first regularly published superhero team to feature a greater quantity of women than men? It certainly seems that way, and as such in 1989 was the culmination of Chris Claremont’s desire to address the gender gap. He was ahead of his time in this respect. He’d also been ahead of his time in escalating the soap opera characteristics of superhero comics, introducing personality via constant self-examination, and this technique now dates much of his writing as thought bubble after thought bubble is filled with reflective consideration. Combined with exaggerated emotional response it leaves much of Excalibur’s introductory story as overwrought. Prompting all the self-recrimination is that most of the X-Men have disappeared, and this collection of their friends and allies feel that grief. It’s clumsily manifested, however, in Nightcrawler’s case first tipping into near suicidal depression before pulling himself together. A memory sharing scene toward the end of Excalibur’s introduction displays that Claremont can be more subtle.

Claremont unites the core members Captain Britain, Kitty Pryde, Meggan and Nightcrawler by virtue of their all being in the British Isles, and a group of alien mercenaries being sent to capture former X-Man Rachel Summers, Phoenix. The Sword is Drawn improves when the story moves past that, not least because artist Alan Davis has less to cram into every panel.

More trouble than might be considered possible is then caused by the Warwolves, creatures genetically engineered and sent to London with Phoenix also in their sights. Claremont characterises them well, with enough intelligence to function and pose a danger, but also as comedy relief. Their bickering with each other and general incompetence in effect comes to characterise the series. It’s certainly reflected among Excalibur’s members, and years after publication it’s apparent that there’s a superhero sitcom struggling to free itself in Excalibur. Part of that is due to Davis’ sly visual sense of humour. Insanity and incompetence are traits uniting most villains presented, and Davis relishes the opportunity to depict them as unhinged.

The mood is further set by the characters Claremont uses, some originating in the UK only adventures of Captain Britain he wrote in the late 1970s, and many more introduced by Jamie Delano and Alan Davis several years later when they continued the series. The Sword is Drawn is now more easily found in a larger Epic Collection with the same title, and that includes some of Moore and Davis’ work on Captain Britain. It’s alternatively available as a separate collection.

Other interesting aspects of Excalibur are providing the team with a lighthouse as their headquarters, and the set up uniting essentially mismatched characters. However, back in the day Claremont was known for introducing plot elements that could take several years to resolve, and that’s the case here. Odd machinery transporting people to other dimensions, a person in disguise, and that the lighthouse headquarters experiences momentary alien intrusions wouldn’t be resolved until Davis began writing Excalibur a couple of years later, reprinted as Excalibur Visionaries. This series continues with Two-Edged Sword. 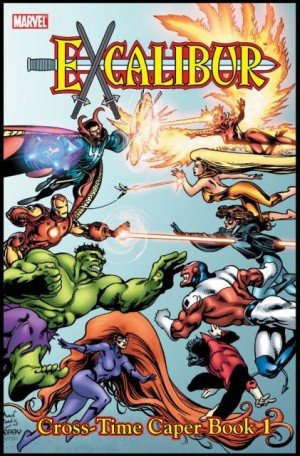 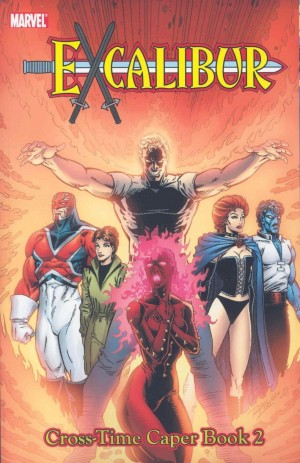 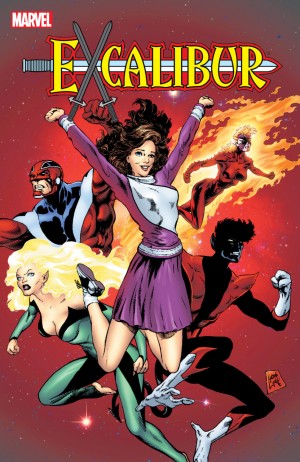