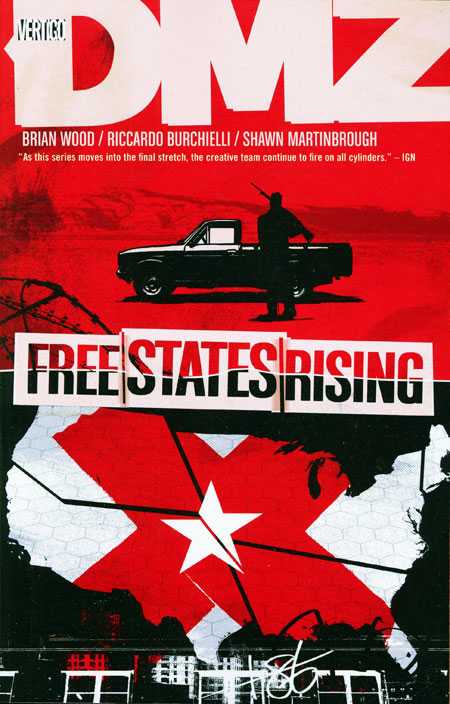 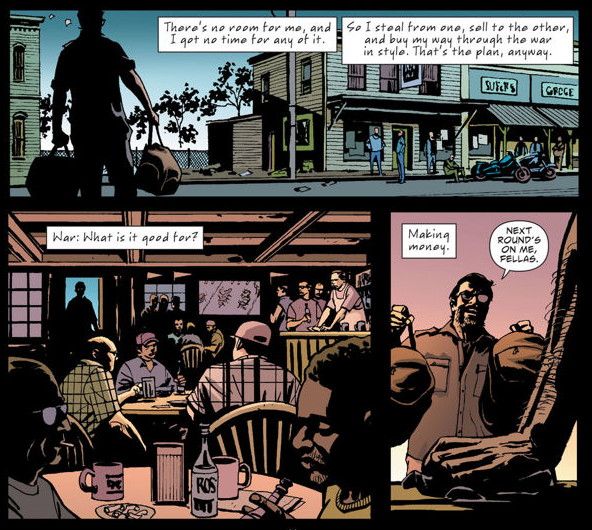 While all these stories fall under the broad title of ‘Free States Rising’, they’re two distinctly different pieces. The two opening chapters deal with the never named leader of the Free States forces in Manhattan and how he progressed to his present position. Starting as a man out to make a buck as middle America deteriorated around him, he eventually embraced opportunity and closed off the Jersey Tunnel. After the triumph of Collective Punishment writer Brian Wood’s back to middling material for his shorter stories. The two chapters impart background detail on the circumstances leading to the rise of the Free State in largely tension-free fashion, illustrated in gloomy style by Shawn Martinbrough. The over-riding problem is the time spent explaining a character that needed no explanation, although his part in what follows is pivotal.

The meat of the book, though, is top notch. It’s pretty much as you were for Matty Roth after his experiences in M.I.A. He’s back in the DMZ and he’s reporting again, accompanying the US army after their blanket bombing campaign. Wood is also as you were, reverting to using DMZ as a means of exploring real world situations. Here, though, it’s embedded into the story rather than being the focus of it, with pages throughout detailing how day to day combat zone missions are for US troops. Artist Riccardo Burchielli supplies the chaos and the carnage is his normal exemplary fashion.

The big moment is the re-emergence of Parco Delgado, missing in action since his attempts to forge a state from Manhattan ground to a halt in devastating fashion. What Wood does from that point is rather wonderful and entirely unexpected. No spoilers, no pack drill. The surrounding material isn’t essential, but anyone missing these four chapters on that basis is going to have a major hole in their DMZ experience.

There’s also a coda, another of the stories Wood loves focussing on Zee. This is less satisfactory than previous attempts, a frankly dull meander through her head re-hashing old detail with no new insight. Throughout the series Zee has represented the high moral ground, and while it enabled her to hone in on the shallower aspects of Roth, her exacting standards don’t make for a very sympathetic character. It’s very much an exercise in marking time prior to the big wrap-up in The Five Nations of New York. This is included with that in the hardback DMZ Deluxe Edition book five. 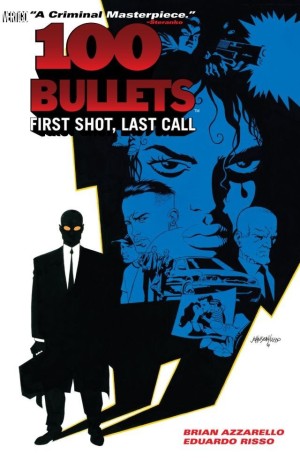