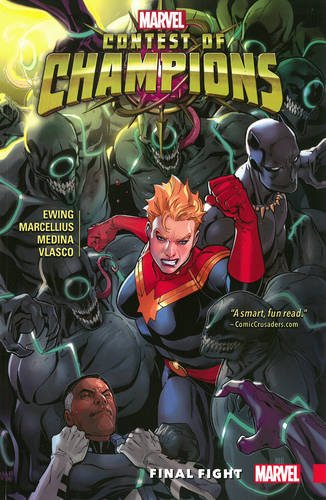 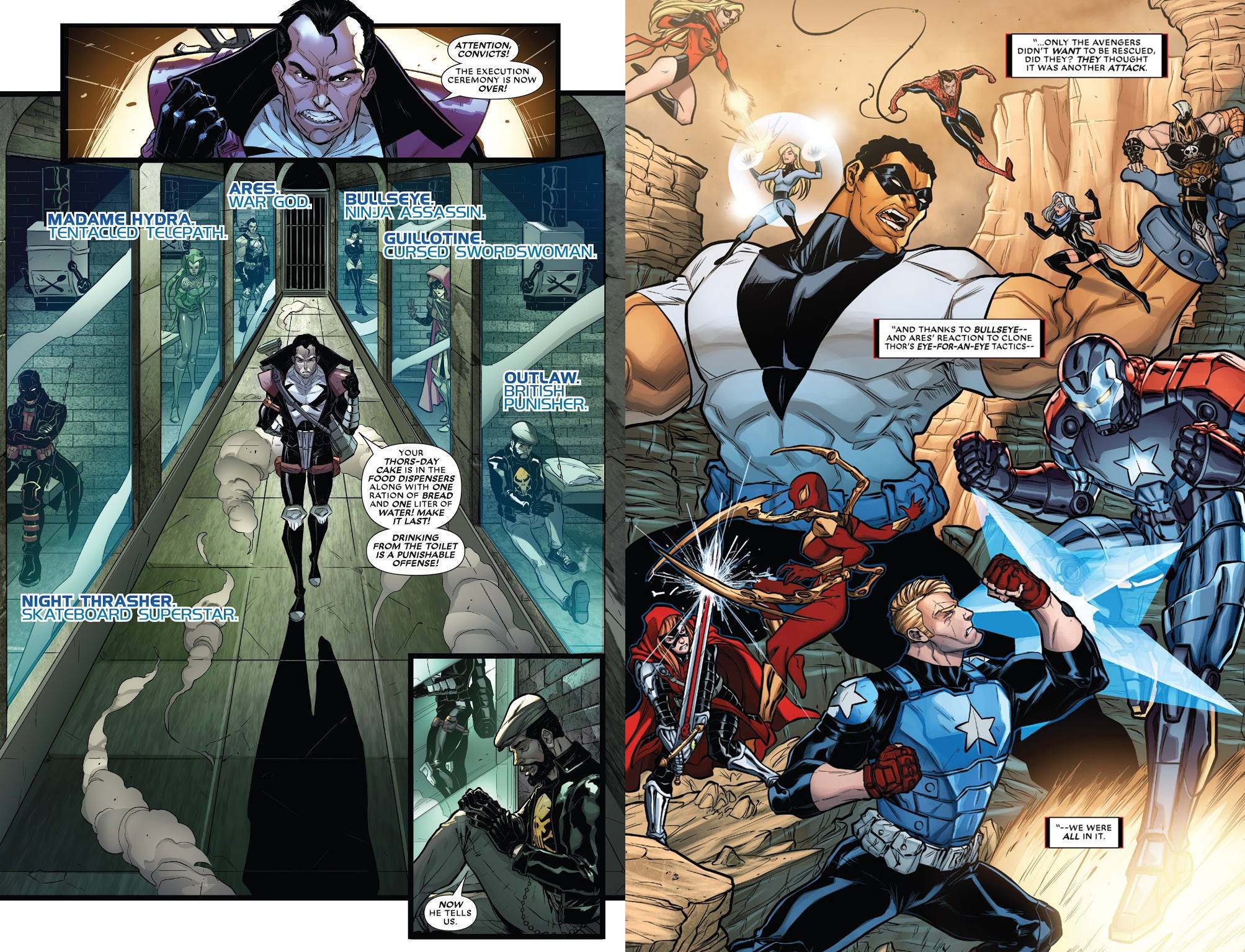 There is a substance dating back to the birth of the universe, in extremely short supply, and somehow with a basic instinct that draws it to its other particles. Rather than fight over it, the Elders of the Universe devised a contest where assorted super powered proxies fight on their behalf. They never suspected that some might have the power and guile to overcome their conscription and make their own rules. In Battleworld the Maestro and the Punisher from 2099 subverted the odds.

Al Ewing’s story is supposed to be the prequel to the popular online Contest of Champions game, but instead of knocking out a going through the motions story that would have satisfied most people, Ewing’s gone the extra mile. He’s introduced assorted obscurities, given some thought as to which characters participate, and why, and even put the effort into creating new characters. He’s not resting on his laurels as the series continues either, throwing the Ultimates (2016 iteration) into the mix, and showing the potential inherent in some of the virtual unknowns in the 21st century he dredged up. Night Thrasher for instance, a name that obviously didn’t have the same meaning in the USA as it did in the UK when the character was created in 1990. A skateboarding, cyber-hacker is so of his era, yet despite other members of the cast pointing out his ridiculous aspects, he proves his worth. In Ewing’s world, no-one is just here to be ridiculed. Well, actually, that’s not quite true, but you’ll appreciate the ridiculing when it happens, and he even finds space to make a plea for greater understanding. Top man.

Paco Medina draws far less of the story this time, and that’s a shame because Rhoald Marcellius isn’t a good match for the style Medina’s established. We go from straight 21st century stylised superheroics to more cartoon like characters who’re posed as if from a primitive superhero animation show. It’s nowhere near as effective.

However, dragging the star rating further down is a reprint of a 1990s Punisher story. With Dan Abnett and Andy Lanning writing and Doug Braithwaite art it should be good, but it’s early in all their careers. Braithwaite’s storytelling is heavily influenced by John Buscema, but more cluttered, while Abnett and Lanning would no doubt pace the piece differently now. It’s here to pad the book out from a miserly four chapters, and because it introduces Outlaw, who has a significant role in the feature presentation. Still, as noted, for a video game tie-in Contest of Champions was far better than expected, and that counts.