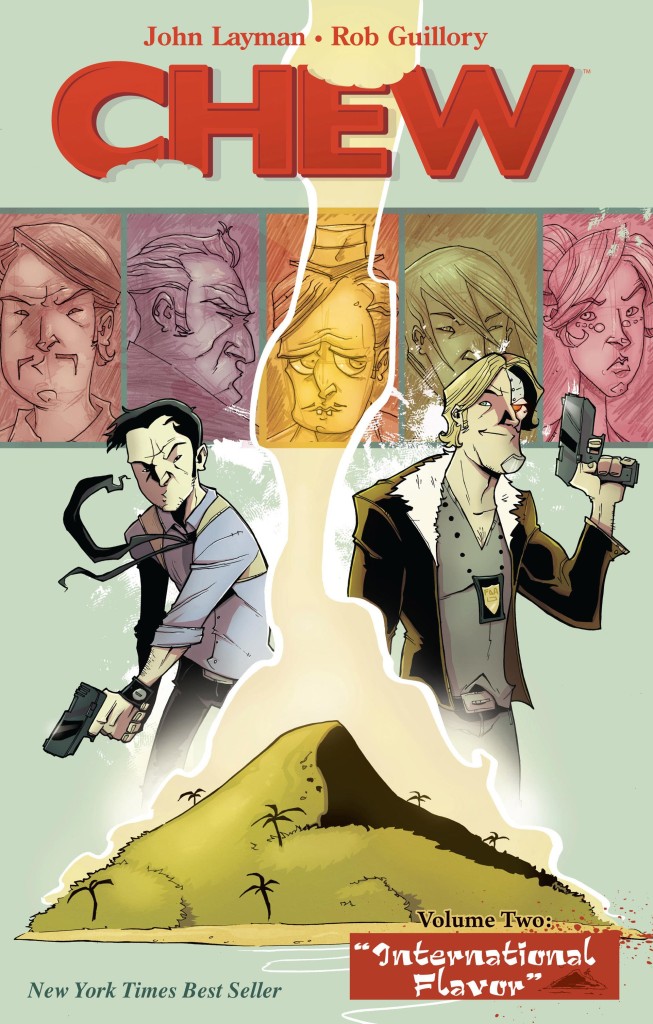 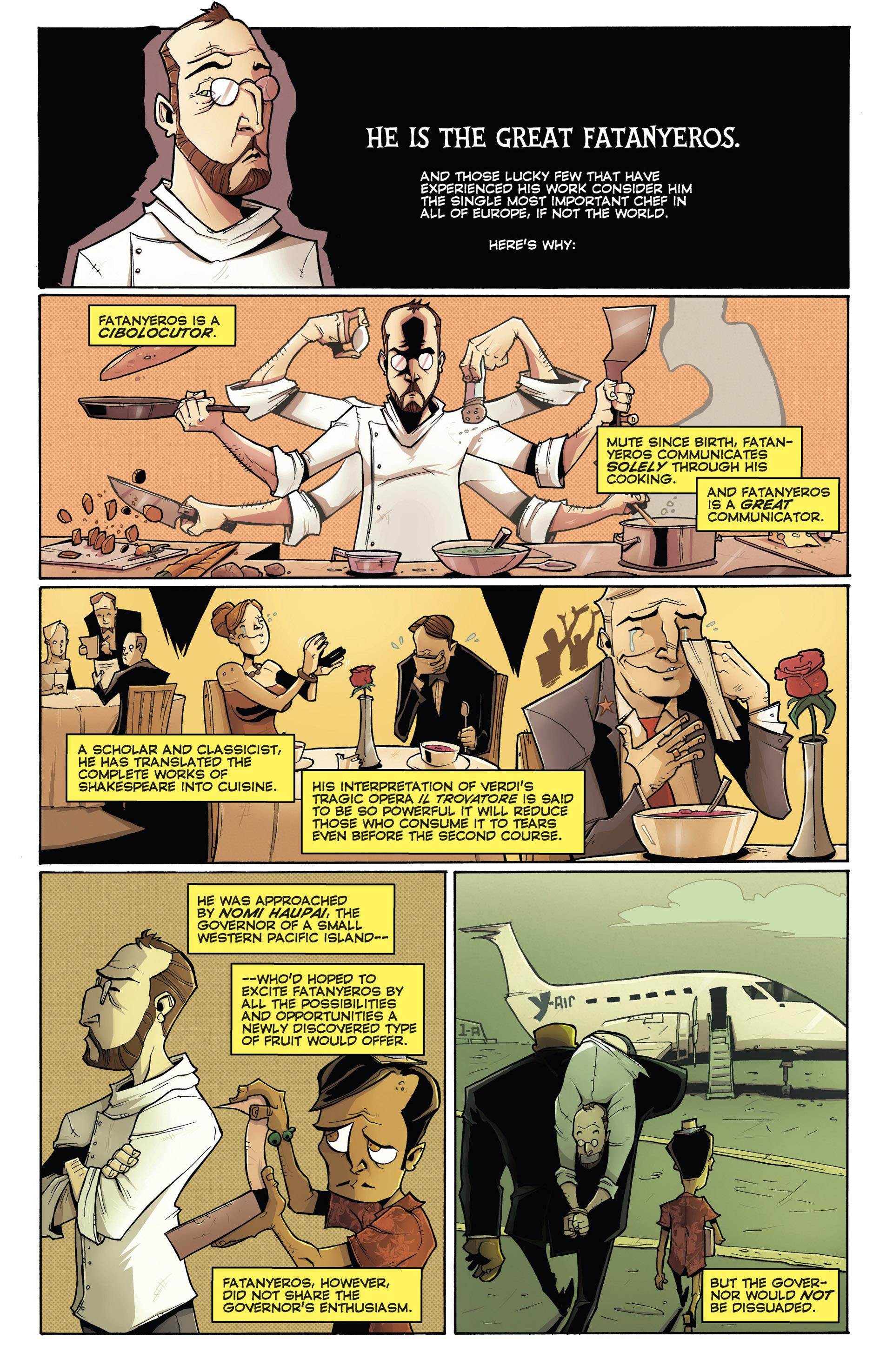 There’s a great confidence to John Layman’s writing that’s quite astonishing considering at this stage we’re less than a year into Chew. At the end of the third chapter here the penultimate page has three panels each labelled ‘cliffhanger’, and they all live up to the description. They’re nothing, though, compared to what you see when you turn the page.

That, though, isn’t the main plot, which concerns Chu travelling to a Polynesian island where all sorts of murky goings on are occurring. His brother, a renowned chef, is also there and not a happy man. “The job is not what was advertised. My contract calls for chicken. Instead I got fruit”. While resembling our world, in this USA chicken was outlawed after a fatal bird flu epidemic. The other piece of information you need to know is that Chu can discern all sorts of information merely by tasting anything organic. A drop of blood for instance can reveal a person’s history to Chu.

Unlike the first book, which was five individual stories, this is a complete multi-chapter story, and it’s comforting to be shown that Layman is almost as accomplished. One chapter is extended a little too long, but the remainder is first rate. He keeps throwing in ever more ridiculous elements, yet they work. In addition to the corpses and cannibals of Taster’s Choice we have vampires and alien plants.

With the exception of a pneumatic woman that’s just too exaggerated, Rob Guillory’s art is excellent. He delivers the humour of the scripts without ever over-egging, and is equally good with designs conveying character. Both bring to mind the work of Steve Parkhouse, yet Guillory is far looser. The obvious influence is Jim Mahfood’s kinetic cartooning, or perhaps Jamie Hewlett’s Tank Girl, both of which share madcap sensibilities. The island’s governor is a great creation. He’s stunted, sleazy and with a really creepy grin, memorably featured on the local currency. Several other new characters join the cast, all carefully designed. Take a look at the supercilious sneer Guillory bestows on the Great Fantonyeros on the sample illustration. Layman throws in one such page per chapter, giving background to a cast member.

The content here was originally published in 2008-2009, and having won the Eisner (and Harvey) award for best new series, this material added the award for Best Continuing Series. It leaves the title in fine fettle for the next book, Just Desserts. This is also available in a sumptuous hardcover Omnivore Edition along with the opening collection.