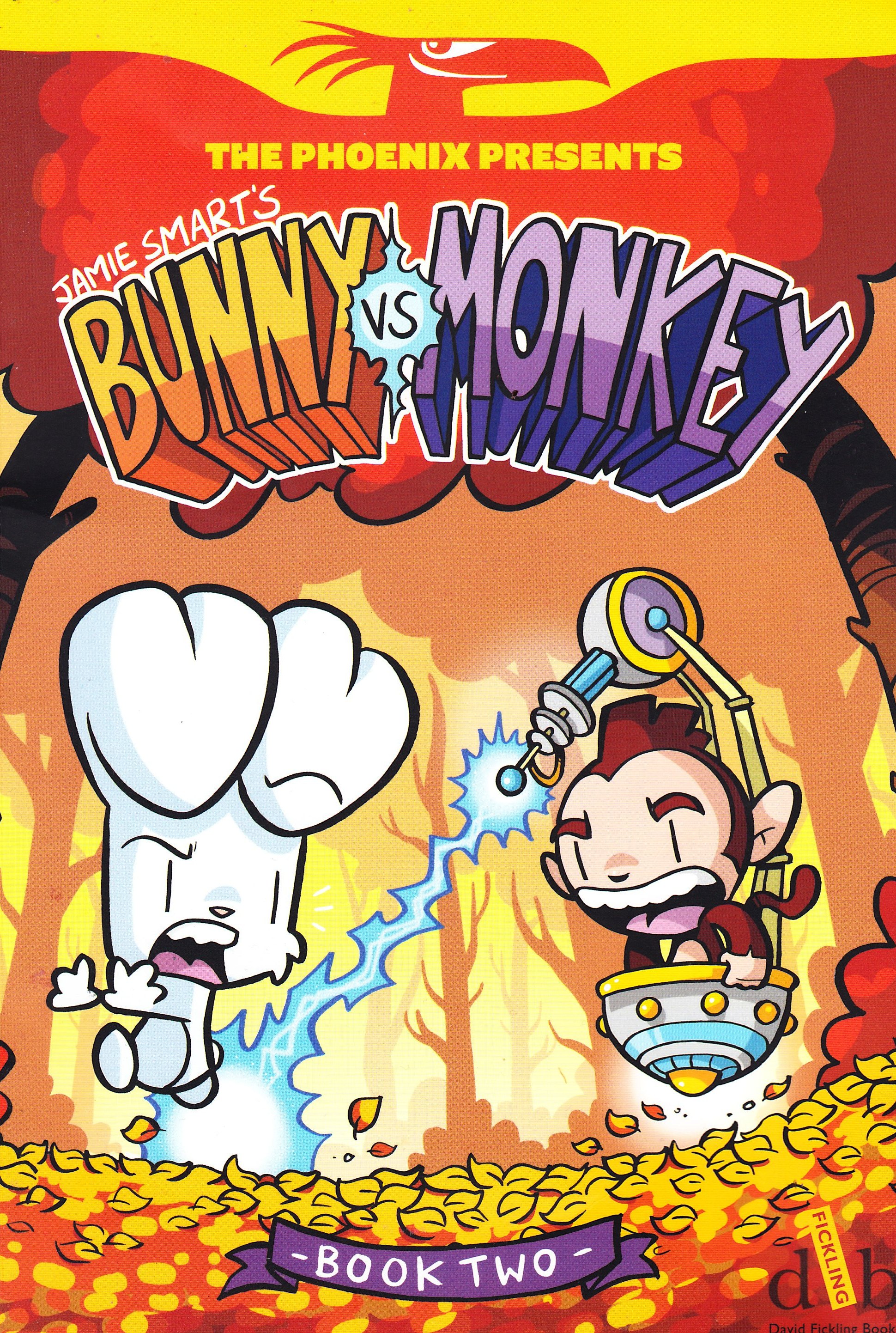 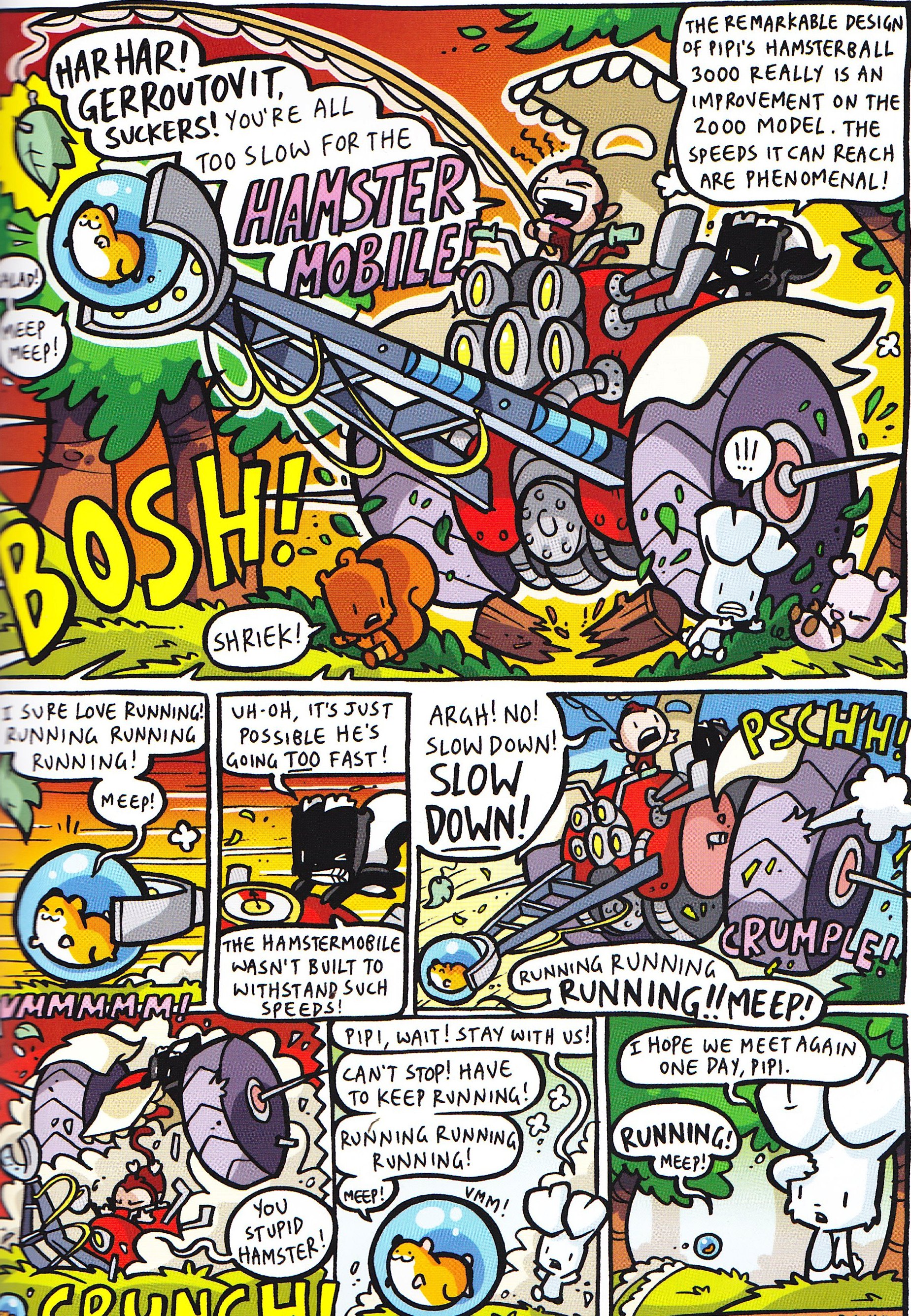 Bunny Vs Monkey has a very basic premise. Monkey wants to be the despotic leader of the woodland creatures with the genius level Skunky’s inventions, often with hilariously catastrophic results. The frequent victim is Bunny, the forest equivalent of the exasperated responsible adult. Not only does he have to put up with Doomsday Devices, Wish Cannons and misplaced Lemon Puff biscuits he also feels responsible for the rather brainless duo of Pig and Weenie the squirrel. Chaos often ensues but there is a different danger on the horizon and everyone will have to learn work together.

Jamie Smart writes and illustrates, slapstick humour balanced by hilarious dialogue, the latter often intelligently subtle. There is no lack of action, Smart pouring oodles of it into two page strips. It’s bright, cheery and energetic fun, a blend of simple and detailed artwork. Collecting what is originally weekly stories for The Phoenix Comic, the scenery changes with the seasons which only adds to the fun. And fun is what Bunny Vs Monkey is all about. Six months of good clean, silly, ludicrous, chuckle per page, laugh out loud fun. Yet the sheer amount of random silliness starts to wear thin just over halfway through. You essentially overdose on silliness but to Smart’s credit there are still truly humorous stories left. More than you would think. What’s so appealing about BVsM is the nuggets of wisdom sprinkled throughout. The grumpy Le Fox isn’t afraid to reinvent himself even if that entails telling each denizen a different origin story. Pig and Weenie live in the moment, Action Beaver gives everything a go and then there are lines like “Everybody needs their dance mode activated once in a while”.

Bunny Vs Monkey is a treat! It’s a book you take to bed when you’re ill. It’s the tonic to those miserable days at work. Sure it’s a kids’ book but it’s also an insane amount of fun. Why miss out on it by being an old stick in the mud?