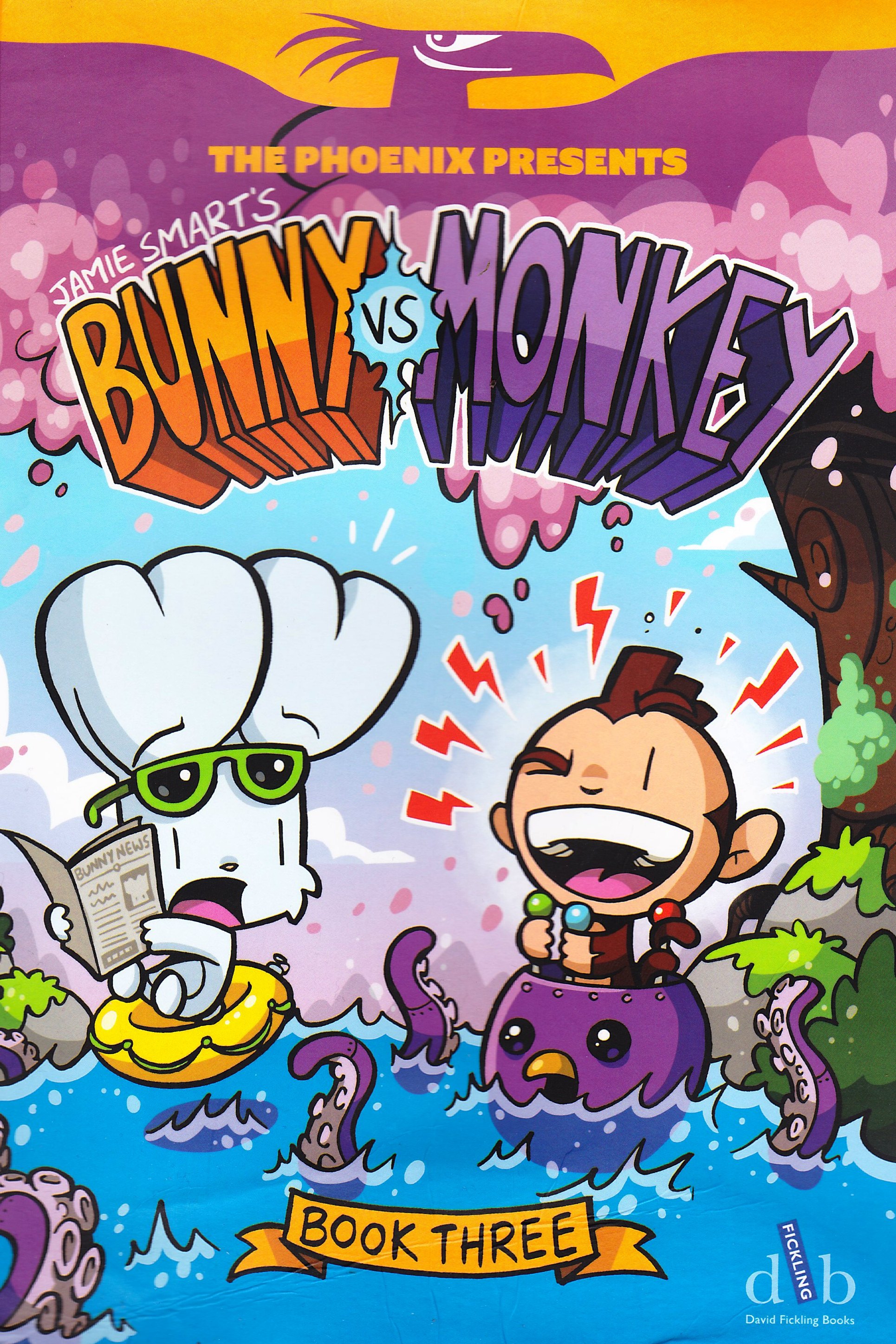 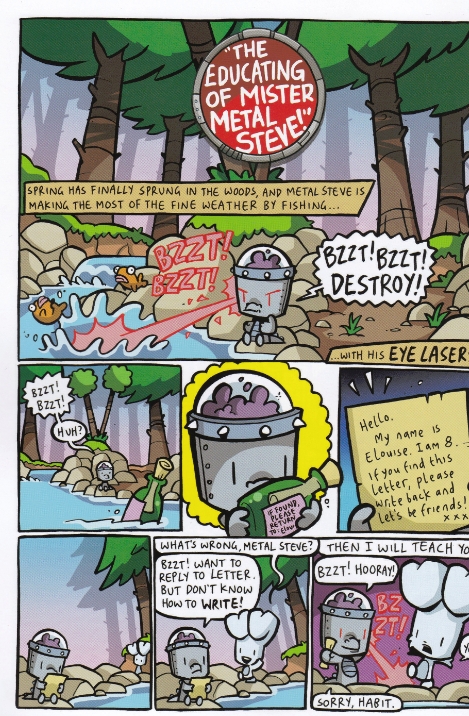 On one level things haven’t really changed for the denizens of the wood. Monkey still wants to rule, Skunky still creates all his brilliant inventions. T3-DDY, the Ca-MOO-Flarj and the Heliphant are zany contraptions and dynamically illustrated. The detail is brilliant, Smart’s imagination running wild, making for entertaining antics. Bunny still has an exasperated air, feeling responsible against a new threat. The Hew-Mans have arrived and every creature will need to work together to uncover their plans. In the meantime, Pig’s found an imaginary friend, Skunky’s turned over a new leaf, and there’s the conundrum of what to do with explosive poos.

You have to admire Jamie Smart’s consistent work ethic. He puts a new story out every week and somehow keeps them funny. Book Three collects the first six months of year two and his art is becoming more vivid and imaginative. There’s a little more plot than before, but what happens in the background is truly hilarious. It’s more cohesive than previous volumes yet still episodic, so you still get to enjoy the various critters’ shenanigans. At the same time scenarios are introduced that give BVsM a new direction, while keeping the narrative loose ensures plenty of fun is had. Bright colours, great cartooning and clever ideas keep it entertaining and fresh, something that’s hard to do when your gags consistently revolve around slapstick violence and immature humour. Those subtle jokes play out well, and BVsM has something to offer all ages.

The folks at The Phoenix comic and DFB publish some great tales, ones that are difficult to pry out of the kids’ hands. Bunny Vs Monkey, with its clever jokes and puerile gags, is a book kids are going to battle to get off their parents.

More fantastic fun can be had in Bunny Vs Monkey Book Four.