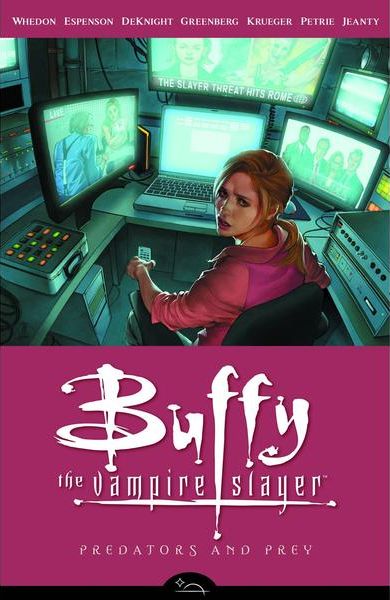 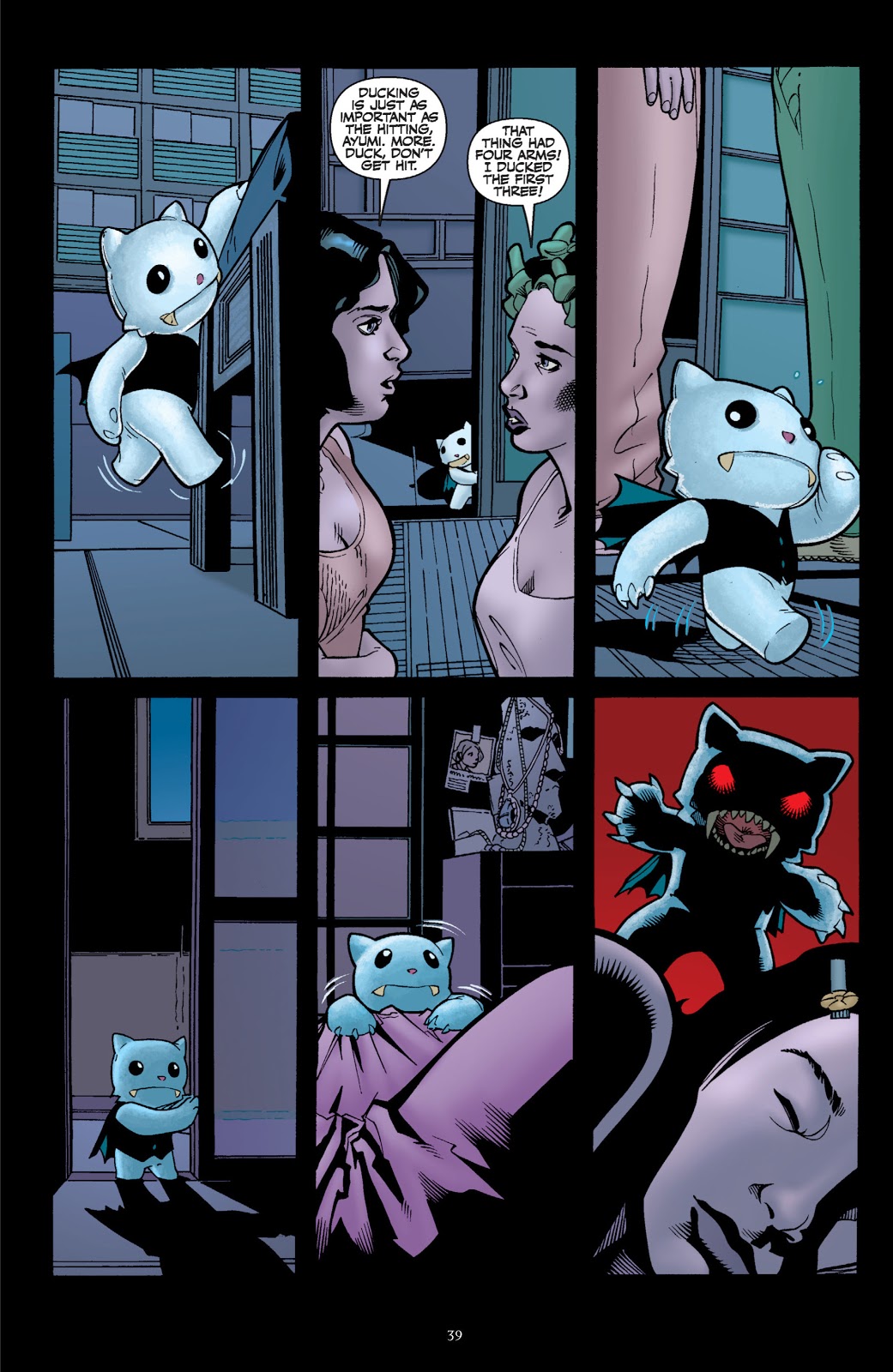 Unlike previous volumes of Buffy Season 8, there is no central arc at the core of Predators and Prey. Instead, this brings together single-part stories, illustrating various corners of the Buffyverse, and featuring various writers – but not Joss Whedon, who functions here solely as “Executive Producer” (i.e. the man directing the overall plot).

In ‘Harmonic Divergence’, written by Jane Espenson, airhead vampire Harmony Kendall lands her own vampiric reality show, beginning a public backlash against Vampire Slayers. Steven S. DeKnight pens ‘Swell’, in which Willow’s lover Kennedy evaluates the performance in charge of the Slayers in Japan of Satsu, introduced earlier in Season 8. In Drew Z. Greenberg’s title story Buffy and Andrew hunt down the rogue Slayer Simone, and bond over Bond (James Bond). The only writer here not to have worked on the TV series, Jim Krueger, produces ‘Safe’, in which Giles and Faith experience a Twilight Zone style encounter in Mitteleuropa. This labours its Hansel and Gretel references a little too much. The collection concludes with ‘Living Doll’, by Doug Petrie, which finally resolves the long-running storyline in which Buffy’s sister Dawn is transformed into various strange forms.

Artwork throughout is by regular Buffy penciller Georges Jeanty, except on ‘Safe’, where Cliff Richards, artist on the previous Giles/Faith arc, No Future For You, is responsible. Andy Owens inks everything, providing visual continuity throughout the volume. The art continues to be attractive, as it always has been through Season 8, though Richards’ work is the weakest seen here.

The main season arc plot is moved slowly along in the background, but most of these stories can be enjoyed purely on their own merits. They perhaps don’t shine as much as the original TV series (DeKnight gets closest), but these are perfectly acceptable comics.

The collection also includes two light-hearted stories that originally appeared in Dark Horse Presents, ‘Harmony Bites’, by Espenson and Karl Moline, which shows an episode of Harmony’s reality series, and ‘Vampy Cat Play Friend’, by DeKnight and Camilla d’Errico, a fake advert for a demonic toy that has a central role to play in ‘Swell’. The series continues with Retreat.