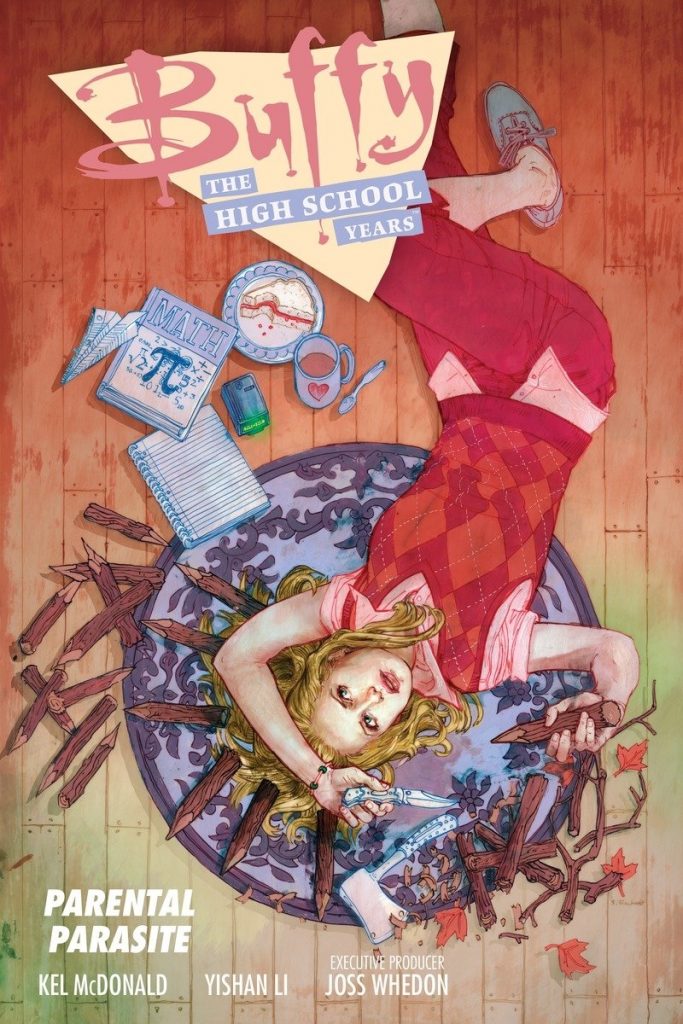 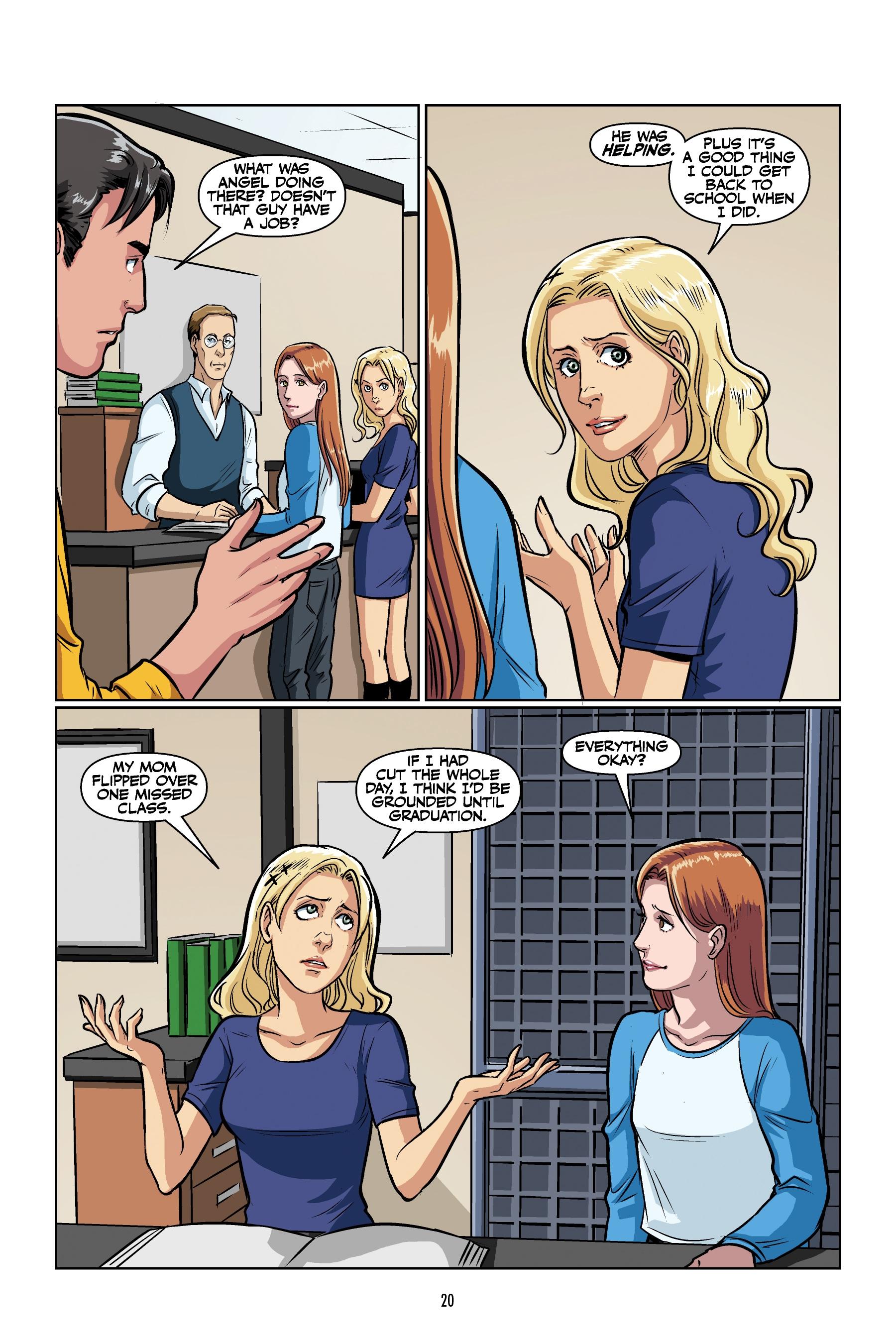 Freaks & Geeks introduced the idea of looking back on Buffy when she was still a novice Slayer, had not long transferred to Sunnydale High, and didn’t yet realise Angel was a vampire when she went out on slaying missions with him. He appears here for the first time in this series, with Buffy already remarking on how he’s difficult to locate.

Because Buffy developed so much over the seven years of the TV show, it’s interesting to travel back and see her again uncertain and lacking confidence in some respects, although she was deadly from the beginning. Kel McDonald conveys this uncertainty well, and in addition to her slaying activities concentrates on the relationship between Buffy and her mother. In order to complete missions Buffy has to cut classes, but she can’t tell her teachers or her mother why, and Mrs Summers feels she’s failing her daughter. To compensate she starts paying more attention and sets aside quality time together, which is the last thing Buffy wants as it complicates her life no end. McDonald’s plot cleverly compares that with another parental relationship.

Yishan Li’s an excellent artist who thinks about her work. An example is that unlike many other Buffy comics occurring over more than a single day, Li ensures the cast are dressed differently if a scene takes place the following day. She works in a very attractive cartoon style influenced by Japanese comics, but tones down some of the excesses of that form, leaving her cast likenesses as effective cartoon representations, and she’s very strong on visual emotion.

The best stories about any franchise are those where the creators aren’t slavishly loyal to the TV or film version, but have the freedom to bring their own ideas. Some TV shows have been notoriously controlling, but the Buffy office has recognised the value of creators. McDonald presents a clever viable threat for Buffy, just the type of inventive creature who’d appear in the TV show, in fact, and this is a great improvement on her first story, Glutton for Punishment, being a good read from start to finish.