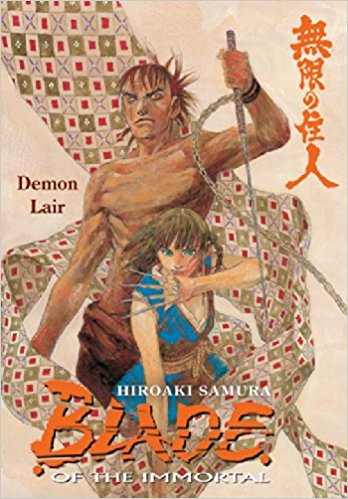 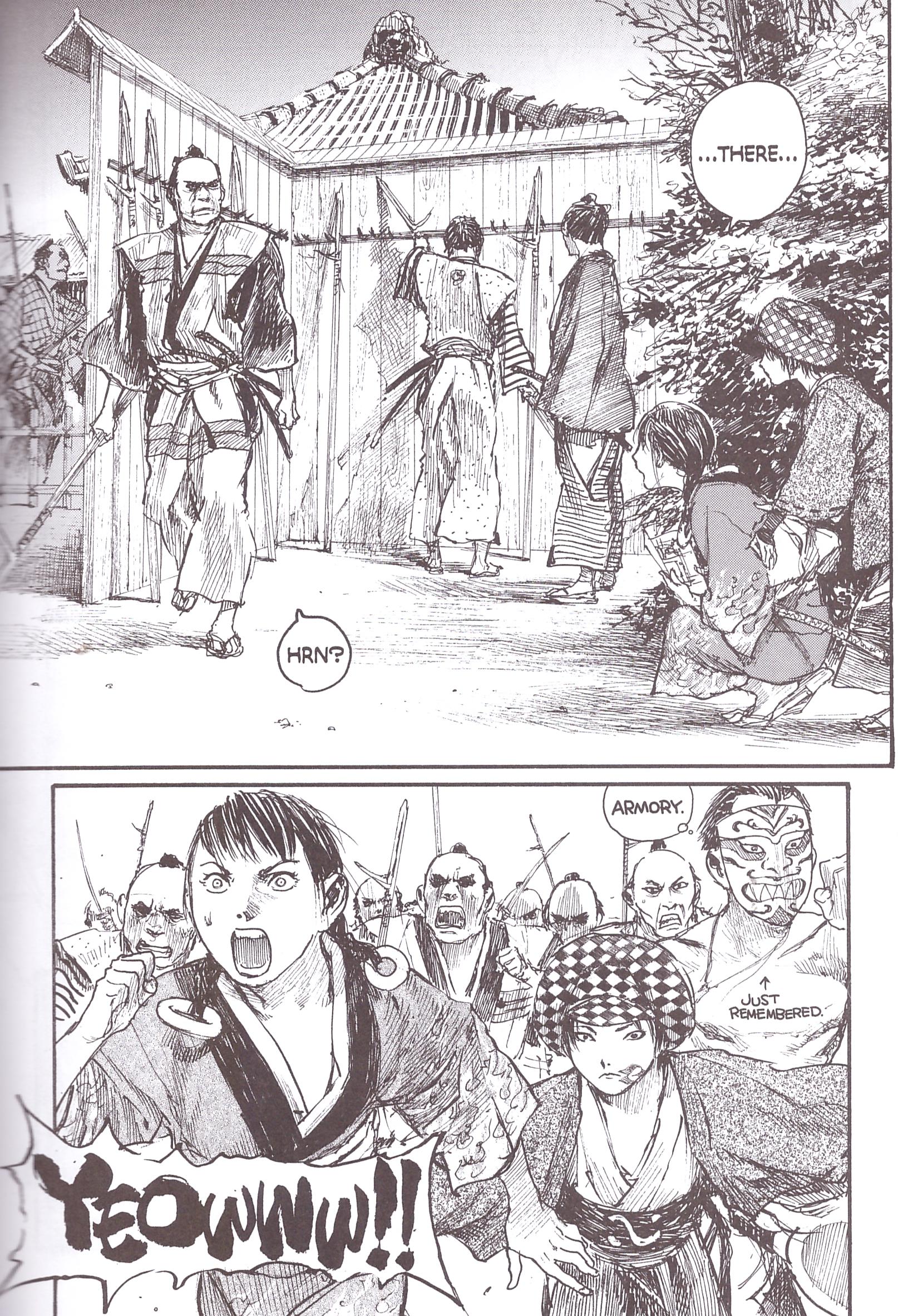 Manji is spending his fifth successive volume chained in a dungeon while an unscrupulous feudal lord and the crazed doctor he employs attempt to distil the secret of his immortality. Rin and Dōa have found their way into the castle premises attempting to rescue both him and Dōa’s companion, while the corpses, results of failed experiments, are piling high in the forest and the local women are rioting about their missing men. The previous Badger Hole revealed tunnels beneath the castle, and Rin has a map.

The early pages reveal how this map was compiled, and it’s ingenious, as is so much about Blade of the Immortal. After the slim previous volume, the Demon Lair sequence is so long it has to be split over two books, and this is one of the longest of the entire series. It begins with Hiroaki Samura’s zombie sequence, which is indicative of how rapidly and successfully Samura can switch moods. We know the zombies are going to pose no real danger in the course of the bigger plot, but it’s a terrifying experience for Rin and Dōa, even with the latter’s sword skills. Samura concludes it, though, with a real punch to the gut, and moves then to an explanation of Dōa’s tattoo, which has puzzled since her introduction.

Demon Lair is an apt title for what’s one protracted jailbreak sequence. Manji is Rin’s target, but the more criminals released to occupy the guards, the more chance she’ll have to locate him in the confusion. However logical this plan may seem, the dangers are that some imprisoned in the castle dungeons are there for very good reasons. These are disturbed and dangerous individuals, and that makes Demon Lair one thrilling head rush of a graphic novel. Samura occasionally switches back to what’s occurring outside the dungeon tunnels, but most of the content occurs within, creating a claustrophobic tension, and he’s a master at the plot technique of offering hope only to pull it away, and plays that trick over and over. It’s great reading, then it ends. At the most inopportune moment.

The cliffhanger is the fallback position of serialised fiction, but what Samura manages is still compulsive while avoiding the tradition of a much loved character endangered. It’s a neat trick, and Demon Lair II awaits.

In extolling the virtues of Samura as a storyteller over so many volumes, his skills as an artist have barely rated a mention, yet he’s superb. Blade of the Immortal would be nowhere near as exciting drawn by an artist lacking Samura’s cinematic vision, or his sublime talents for movement and expression. He so frequently illustrates Manji giving a sly look that reveals exactly what he’s thinking, or one of Rin somehow learning of reserves she didn’t know she had. He works in a scratchy ink style with so much cross hatching and so many movement lines they’d leave a lesser artist insane and chained in the dungeons of the castle he brings to life. Like many manga artists, Samura’s backgrounds can be basic, but unlike many of his contemporaries they’re enough to provide a fully realised environment for his cast to inhabit. And he’s far more likely to spend time on great and fully realised illustrations than other creators. Turn to any page and admire.

Blade of the Immortal Omnibus VII merges both Demon Lair paperbacks with the subsequent Footsteps.