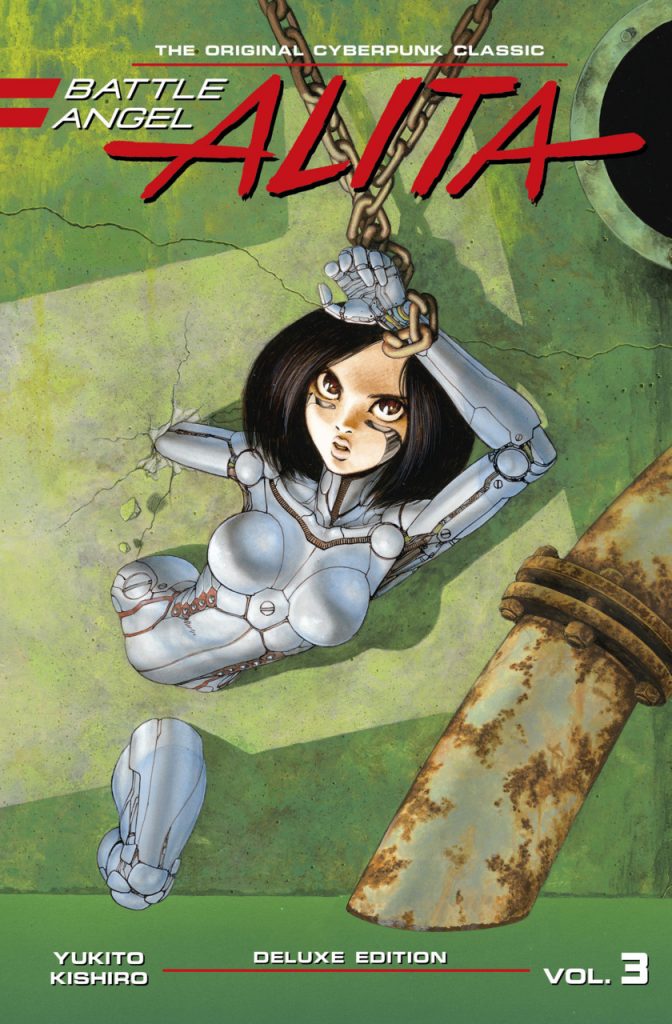 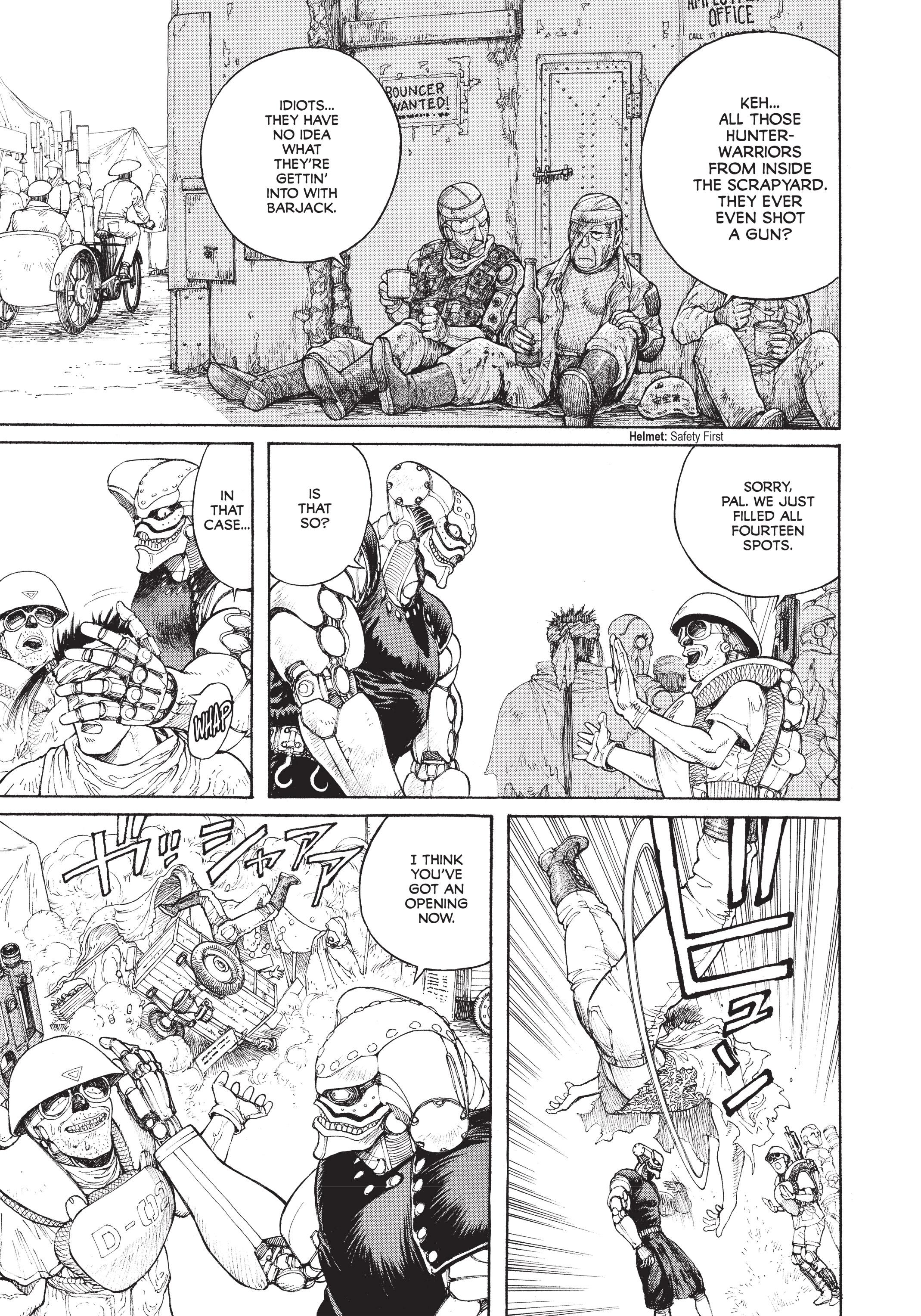 Following her Motorball experiences, Yukito Kishiro moves Alita into new territory, both metaphorically and literally. Since the beginning of the series her world has been split into the planet surface of the Scrapyard, which looks upward toward the inaccessible floating city of Zalem, always distant. In this transformative sequence we finally learn more about Zalem as Kishiro switches tack once again, appointing Alita their agent to track down a renegade, Desty Nova. He’ll play an increasingly large part as the series continues.

It’s been two years since the events of volume two, and Alita has grown up further, reconciled with Daisuke, and no longer as curious about who she was before he resurrected her. During that time the enmity and resentment of a former cyborg bounty hunter named Zapan has been subdued, but a rapid sequence of violent events restores his former rage, and identifying Alita as the start of his problems he targets her. It’s a measure of how much more skilled Alita now is that he’s not the problem he was, until he gets an upgrade.

As was the case for volume one, this contrasts the different genres into which Kishiro slots Alita. The first sequence, Angel of Redemption in the earlier books, starts with an almost Capraesque sequence of joy before moving into the battle with Zapan, and the second is Kishiro’s version of Mad Max, complete with colourful characters in the Badlands where might is justice. The art improves still further with the designs great, be they for robot dogs (with design sketches provided in the background material) or for the assorted Badlands brigands and their motorised activities. In story terms this is a slight step back, with the Zapan seemingly a holding pattern, his madness rolled out in an incredibly compressed manner, with his threat escalating to city wide extremely rapidly before hitting the inevitable battle, although that looks amazing.

The second story, Angel of Death in the original English language printings, features the awkward Figure Four. We’ve been used to Kishiro’s art looking more to the Akira end of Manga style with its focus on detail, but the gurning presence of Figure Four is straight from the assembly line of exaggeration, with only basic facial definition for the most part, and his simple character never convincing as anything other than an archetype. He’s a form of comedy relief in some respects, but falls flat after a sparkling introductory scene. Thankfully he’s only seen in passing as we move forward. However, connections between Alita and the denizens of Zalem will increase from volume four.

Once again, the only thing letting down an altogether superior package is the stilted translation. The dialogue is peppered with awkwardly written and unconvincing phrases, and you’ve noticed it the first time it’s difficult to shake.

If preferred, all five volumes of this new hardbound presentation are collected as slipcased set along with a sixth book of extra material.