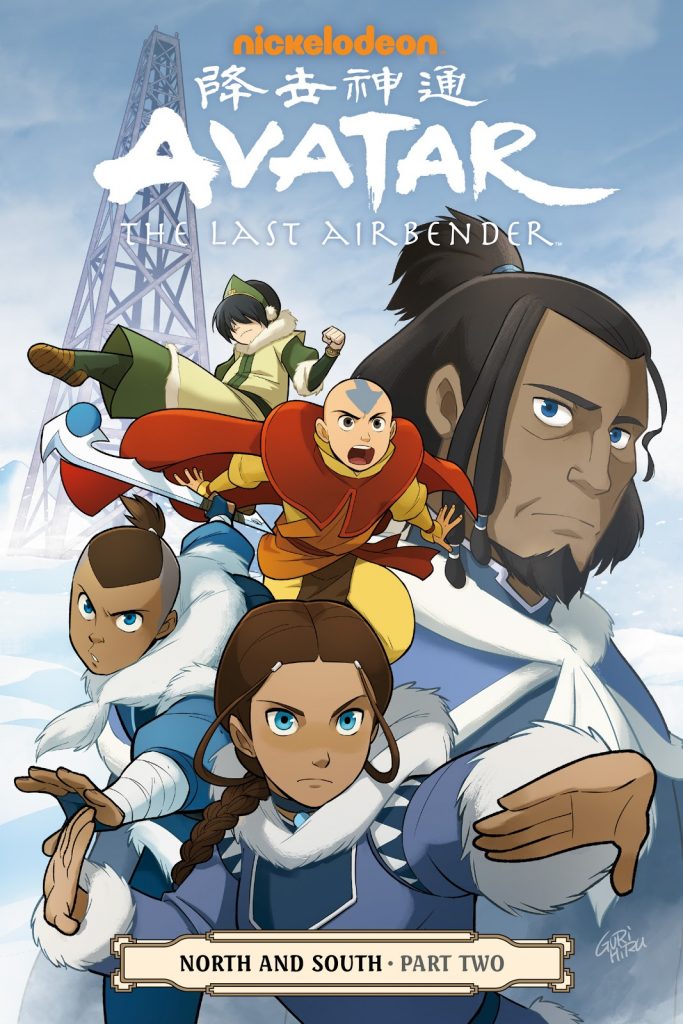 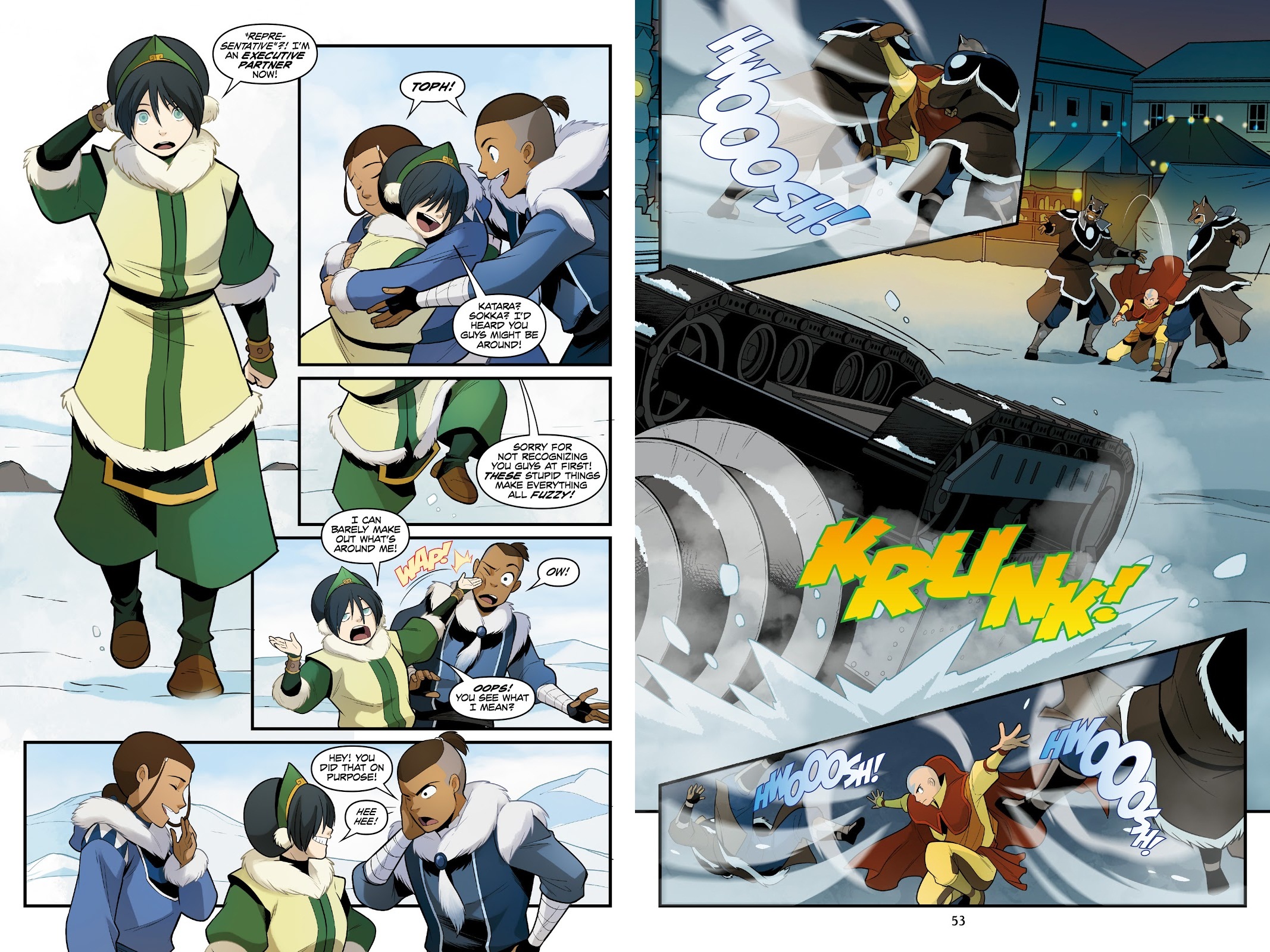 Back in the day Gilak partnered Katara and Sokka’s father Hakoda in the resistance, successfully organising campaigns to hold the invading Fire Nation at bay. Now they find themselves on opposite sides of the fence, Hakoda leading a new progressive Southern Tribe with Gilak seeing imposition of ideas originating with representatives of the Northern Tribe as a pernicious form of subservience by stealth. The representatives of the North also intend to drill for oil in the South, but everything is made so much more complicated by Katara and Sokka discovering at the end of Part One that their widowed father is now in a relationship with Northern representative Malina.

She’s the emotional wild card. Despite coming across as businesslike and frosty, Katara has to accept that her father’s right about Malina’s inner warmth, and that she is someone to be trusted. It has a bearing on the plot as Gene Luen Yang shifts that into areas of moralising the old colonial powers employed in exploiting the resources of ‘primitive’ people. Yang works this plot well, and fusing it with the intentions of progress results in quite the explosive middle section, with many people unsure where their loyalties should be placed. At least Toph, then Aang turn up to reunite most of the classic Team Avatar line-up.

More so than any previous chapter of Avatar, North and South Part Two prioritises action, and while Yang’s clear that fighting has consequences, it also enables the Gurihiru art team to cut loose with some great cartooning. Part One introduced their versions of the creatures to be found at the South Pole, but this chapter concentrates on the machinery, and their version of a retro-futurustic mining tunneller warms the heart, even if its use somewhat contradicts Gilak’s anti-technology views. He has a prominent role as chief rabble rouser, and that continues into Part Three. Alternatively all three chapters are collected in the North and South hardcover.