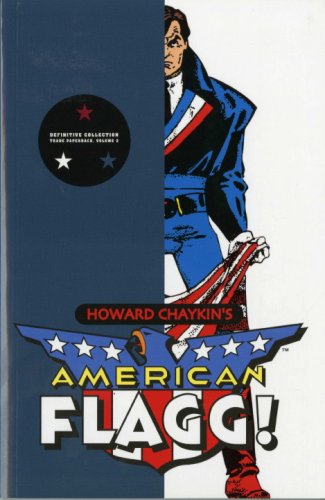 In Southern Comfort Howard Chaykin was really settling into his magnum opus, comfortable with his characters and ready to ramp up the sex, the violence and the complexity of his vision and how he would deliver it.

Hard Times introduced a gritty, decaying Chicago barely controlled by the Plexus Rangers, a corporate police force representing government and corporate interests, which are pretty much the same thing in this future. Our hero, Reuben Flagg, digs deeper into the dirt to find out why the populace is being incited by subliminal messaging. Flagg is a former TV action hero who, his head full of a mix of cynicism and idealism, joins the real-life version of the intergalactic police force parodied in his show, when he is replaced on screen by a holographic version of himself. Rather world-weary after losing his job to a computer program, Flagg nonetheless cannot help standing up for truth, justice and the former American way.

He’s inherited a popular pirate radio station, with  a prominent former owner, and is romancing the chief of police’s daughter, although their encounters tend to be more brutal than romantic.

Chaykin continues the snappy mix of film-noir dialogue and technospeak that he introduced in the first few episodes, although the frenetic juxtaposition of images and sound effects that give the sense of sensory overload in a TV-led society is toned down a little to allow for more linear storytelling as the plot becomes more complicated. Flagg tries to figure out who exactly is controlling who, and why anyone would want to create a world of hopped-up, beer-fueled sex maniacs on purpose.

Chaykin’s fuzzy lines, primary colours and use of  textures create a world into which the reader can immerse him or herself readily, a world that is grim but still has room for flashes of dark humour. The manic pace and likeable characters with difficult to fathom motivation are engaging but somehow towards the end of the volume it stops feeling quite so fresh and sharp.

The material reprinted here is also available in a confusing series of other editions including Howard Chaykin’s American Flagg! Definitive Edition Vol 1 from Image and Titan which included a new but not terribly important story by Chaykin alongside the first 14 issues of the comic. This series continues with State of the Union. 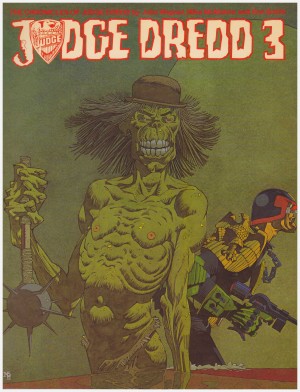 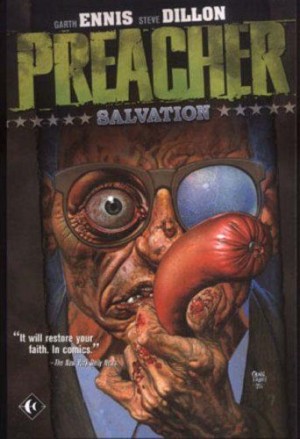