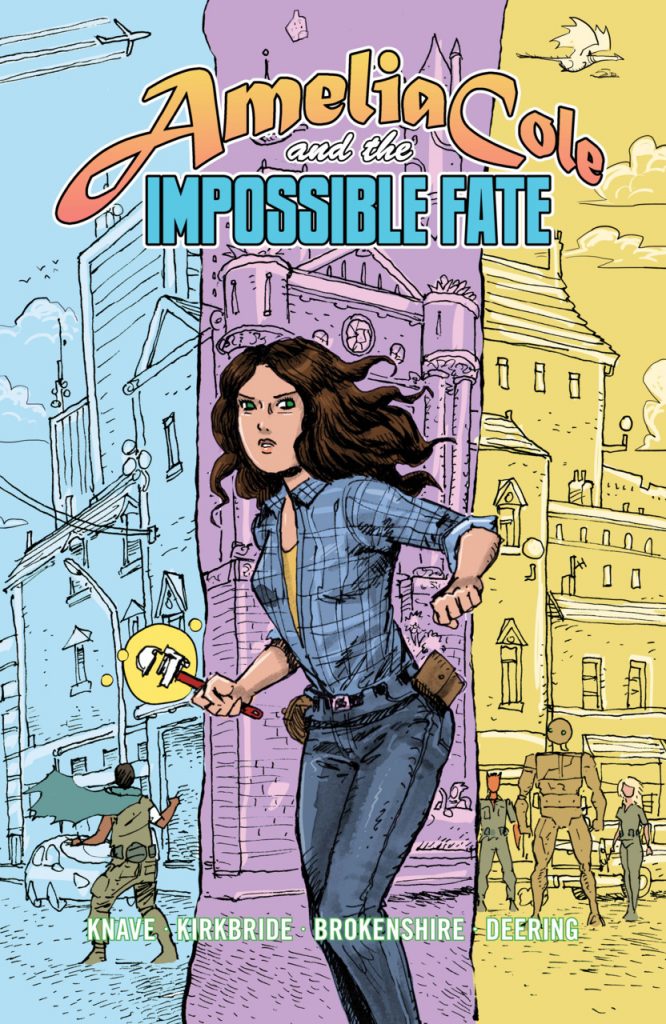 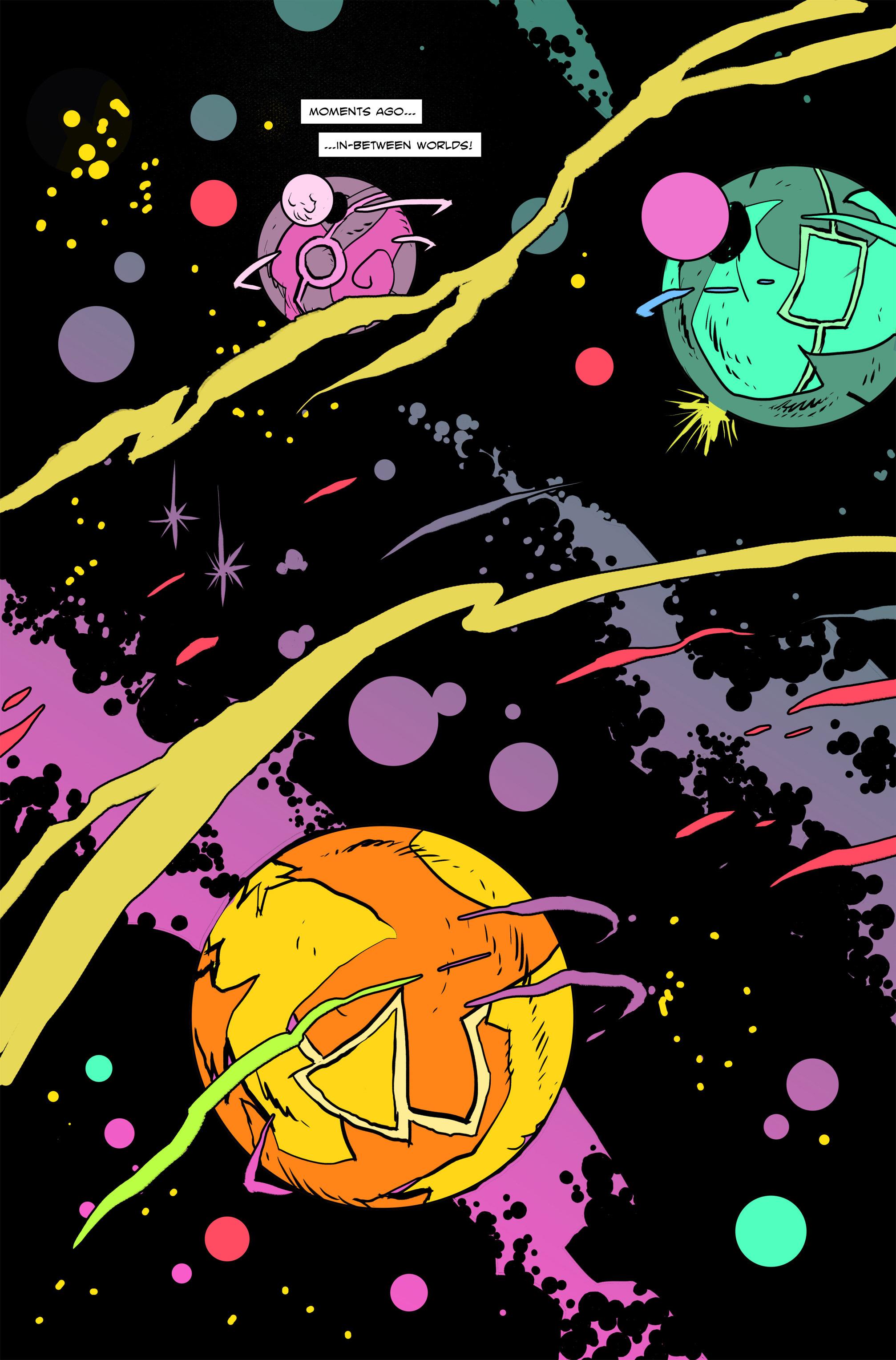 Amelia Cole and the Impossible Fate picks up moments before the end of The Enemy Unleashed, as Amelia and Hector are transported to other worlds. It gives artist Nick Brokenshire a chance to show off his skills as a colourist as well. The first three pages are great spacey scenes, cleverly factoring in elements from the characters’ pasts and evocative for being in bright, flat colours proving you don’t need darkness to indicate other worldliness. Similar effects are used equally well late in the book, all the better for being small patches among otherwise normal scenes.

As it happens in the opening pages, it’s not disclosing any great secret to reveal that Amelia ends up on the magical world where she grew up, and Hector ends up on Earth. At least Amelia has the benefit of familiarity, even if she is still wanted by the police, but Hector has never travelled to another world, let alone one where no magic exists.

Writers Adam P. Knave and D.J. Kirkbride have delivered a largely sympathetic, and engagingly mismatched cast over the previous books, and while some were lost in the widescreen pyrotechnics of the previous volume, everyone has a part to play here. Amelia’s name may be in the title, but this is becoming an ensemble series. There’s even a very well written return for someone who just appeared to be a passing character in the first book, and the introduction of a new friend for Amelia. The really effective part of the storytelling is the way in which the writers juggle events on three worlds. Hector is unaware of the bigger picture, yet Amelia is, which makes her situation of greater urgency, while on the world they left rampant chaos is the order of the day. While it’s treading water in some aspects, it’s far more effectively presented than Amelia Cole and the Hidden War.

Overall, this is a real feelgood story. Not everything goes right, but the major threat takes a back seat, some of the cast actually get to enjoy themselves and there’s still enough tension to drag us through. The series conclusion follows in Amelia Cole Versus the End of Everything, but for anyone who’d prefer to digest the entire saga in one book, there’s the Amelia Cole Omnibus.