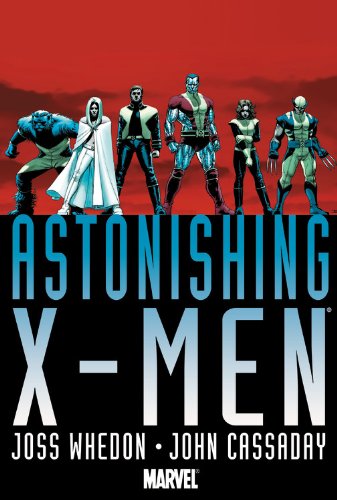 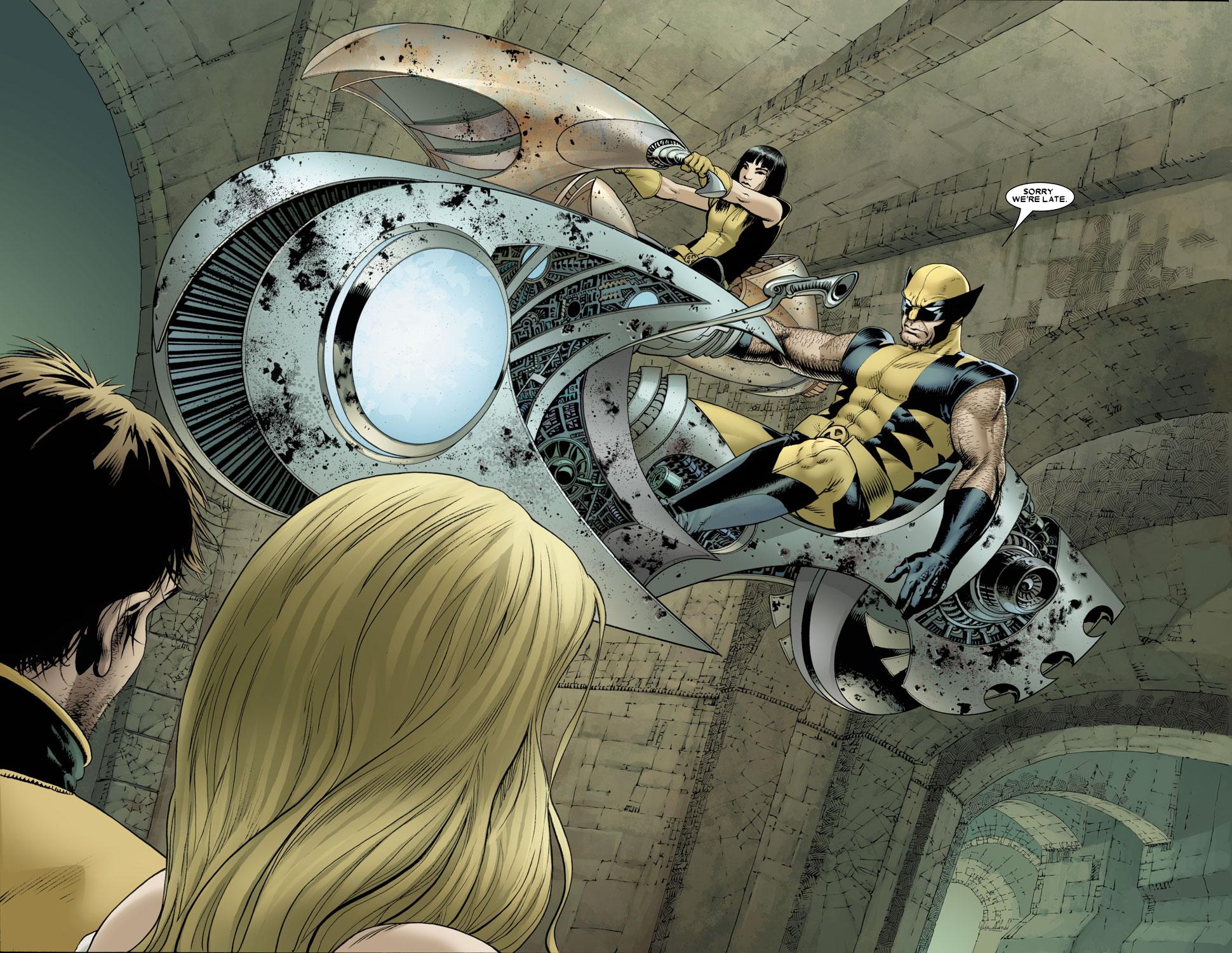 When Grant Morrison concluded his groundbreaking X-Men run in 2004 Marvel pulled off what was considered quite the coup in luring acclaimed TV writer Joss Whedon to write X-Men material. The attraction on his part seems obvious: the opportunity to handle some iconic characters with budget no consideration. Artist John Cassaday could deliver the convincing space scenarios and superhero action no TV budget could match.

Although it’s not immediately apparent, Whedon conceived a single story that takes a couple of detours, originating with a prophecy made on a distant planet that a mutant from Earth would have devastating and galactic consequences. He takes the primary X-Men used by Morrison (Beast, Cyclops, Emma Frost, Wolverine) and returns Kitty Pryde, and, later, one further familiar, yet surprising face in the ‘Gifted‘ arc. It has a couple of minor moments of narrative convenience, but is largely a thrilling and page-turning tale starting with the announcement that it’s been discovered that the mutant gene can be reversed, in effect ‘curing’ mutants. It has a divisive effect on the team, the wider mutant community, and the public at large.

The minor narrative glitches expand into illogical plot elements within a very disappointing second arc ‘Dangerous‘, all the more so for having a very interesting idea at its core. The X-Men face a foe aware of all their shortcomings and how to exploit them.

There’s a rapid upswing with ‘Torn‘, the best sequence in the book. It supplies a revitalised Hellfire Club, presents alternative versions of the X-Men, deals nicely with a plot that’s been brewing throughout, and returns an implacable foe of recent vintage. Several twists lead to a well-planned ending.

It’s space opera for the final section as a new character introduced early in the book comes to fruition. Abigail Brand heads S.W.O.R.D., a secret organisation jointly tasked with liaising with alien races and protecting Earth from them. She’s instrumental in the events of ‘Unstoppable‘ in which the X-Men head for Breakworld, where the prophecy about mutants has now narrowed to one of their number. Whedon plotted taut space dramas for the Firefly TV show, but this sequence comes across as padded and drifting in places, despite having its moments and an unusual ending signing off Whedon’s presence in symmetrical fashion.

While Whedon’s plots are variable, Cassaday’s art is excellent throughout. He manages the trick of not stinting on detail, yet simultaneously not ever producing panels that look cluttered. The occasional stiff figurework is apparent, but he compensates with spectacularly composed pages featuring many memorable images.

The cost of this oversize hardback, now out of print and prohibitively expensive, may be off-putting, but the original paperback volumes located under the story titles are easily and relatively cheaply found. Also available are two bulkier collections splitting this content titled Astonishing X-Men By Whedon & Cassaday Ultimate Collection.