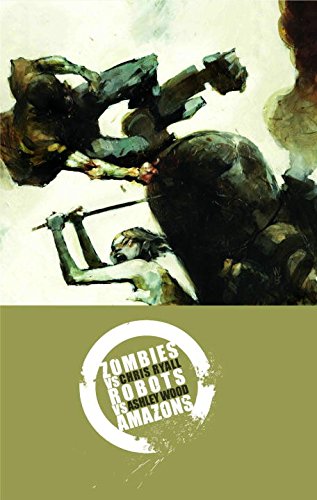 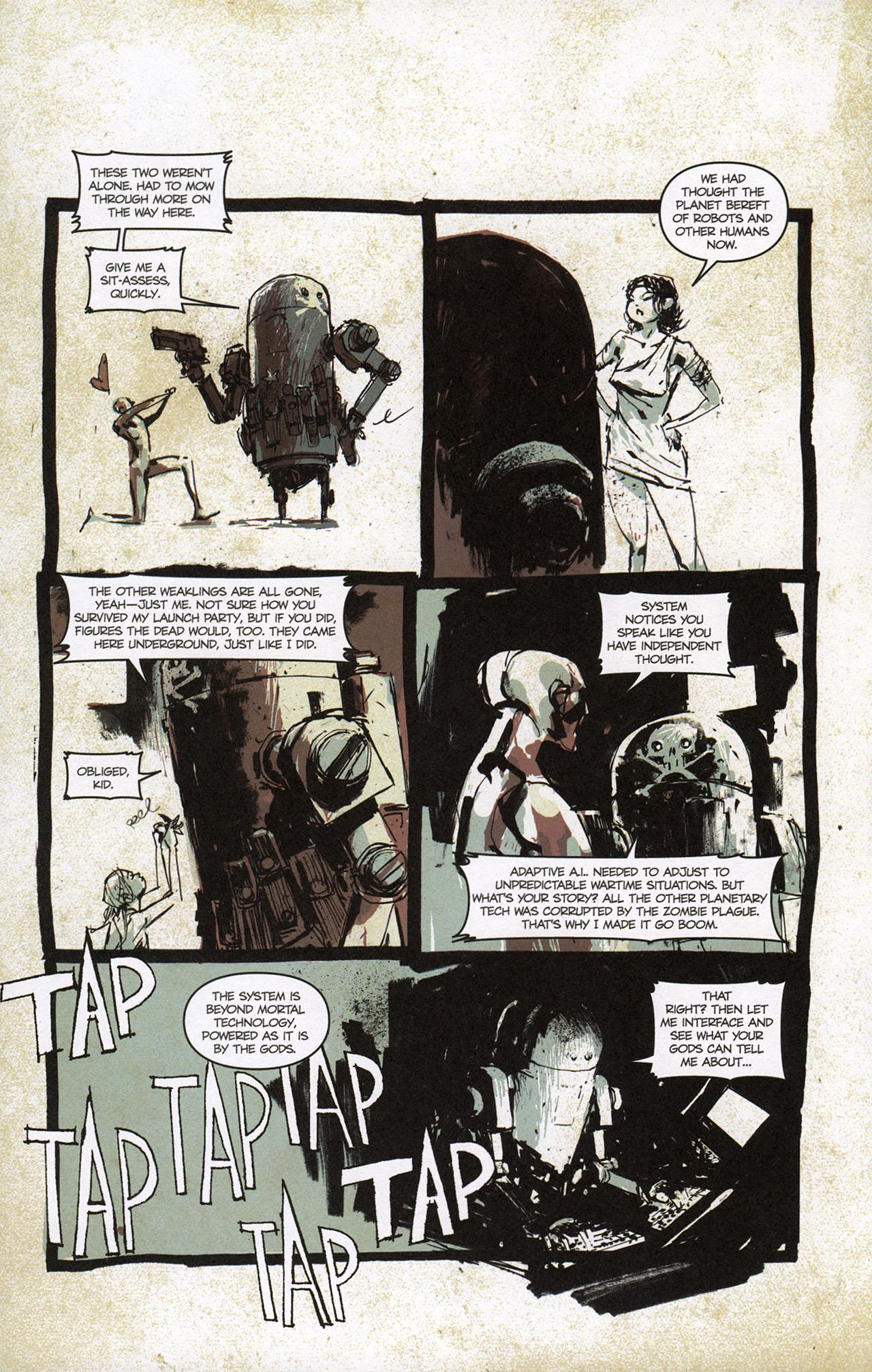 The invention of robots able to travel to past and future changed the world. A virus that returned with a robot wiped out humanity, transforming them all into highly infectious zombies. A single baby girl remained immune, and the robots, programmed to protect humanity, plan to protect her until she can be cloned to restart the human race. That was all detailed in the now collectible 2007 hardcover, so where do Amazons come into the picture?

Well, they and their super science have existed for centuries on an isolated island away from the remainder of humanity, and so they’ve been unaffected by the events elsewhere on the planet. Except, perhaps a little too conveniently, until now. At first Ryall’s script is lazy, taking too long to establish too little along with a bunch of information that has no later relevance. With the introduction of a zombie versions of creatures drawn from Greek myths, however, the story kicks up a gear. It’s a slim story, however, presenting what the cover promises, but not an awful lot more.

As in the first book, Ashley Wood’s art is a mixture of wonder and befuddlement. His storytelling isn’t always obvious, so a pivotal point, how a zombie arrived on the Amazon island, isn’t at all clear when it occurs. When he’s on form, though, he’s excellent, and is obviously totally immersed in the world. His art is scratchy and infused with motion, and although the multitude of lines is style-based there are times when constructs a face or building from barely any lines at all. He’s unable to make up his mind, however, whether the young Amazons introduced early match their given ages or are a lot younger.

The series continues with Zombies vs Robots Aventure. This collection is more readily available than the limited edition hardcover presenting the series beginning. However, it still may be more desirable to read the story along with plenty of related material in The Zombies vs Robots Omnibus. That supplanted The Complete Zombies vs Robots in which this also appears.