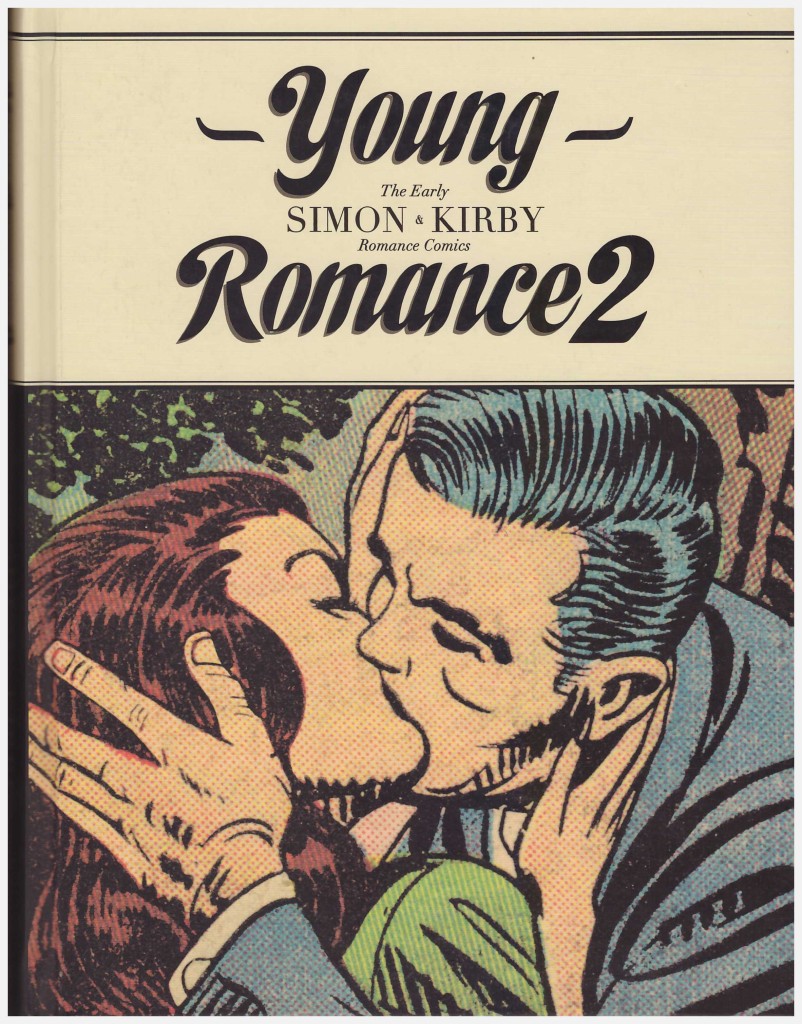 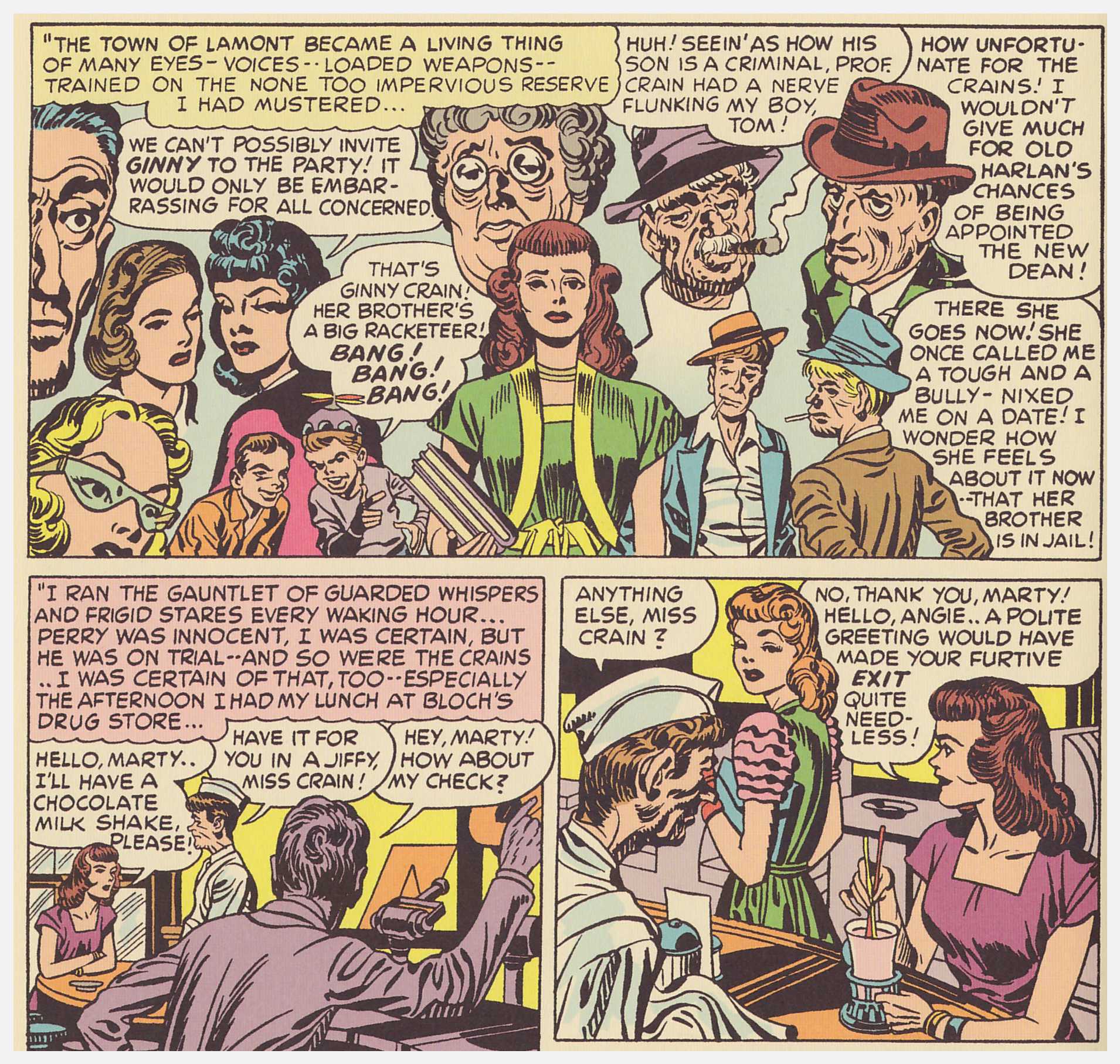 It was nice to be able to contrast the Young Romance strips produced both pre and post the intervention of the Comics Code in the first volume, but this is an altogether more satisfactory collection by virtue of solely presenting material from the first three years of the comic. This restriction from 1947 to 1949 also avoids the inevitable ennui among the contributors that appeared to set in during the later years.

As previously, it’s difficult to know the exact breakdown of creative chores. The Jack Kirby pencils are obvious, as are Joe Simon’s inks on most strips. Interviews with those who worked in the studios suggest Kirby plotted most of this early material as well. He always loved a crime story, and several of the romance tales here throw in a soupçon of gangster activity for that extra frisson of danger. As the work progresses, though, it becomes increasingly verbose and sometimes expository, neither traits particularly associated with Kirby.

At their best, these first person narrative melodramas and confessions stand the test of time. Snobbery is at the heart of many, but worked into the stories in assorted manner. ‘I Fell in Love with My Pupil’ sees a newly qualified teacher accept a post in a rural town. She arrives dressed to impress, only to discover it’s a considerable walk from the station along a rutted dirt road. The accommodation provided is spartan and grubby, and the townsfolk drop remarks about how the town wasn’t good enough for the previous teacher. The title element, thankfully, doesn’t involve the barely seen school age children, but a local farmer wanting to catch up on the elementary learning he never achieved. Unfortunately he has a jealous and cutting girlfriend whose suspicious mother is on the school board.

Choices, social pressure, financial problems, jealousy, torn loyalties… the list goes on, but despite the period window dressing these are universal problems still prevalent today, and Kirby brings this material to life. Whether illustrating a mining community or a refined club of the era, he’s utterly convincing, and if time and passing fashion has eroded some of the glamour and attitudes, enough remains to affect a contemporary audience. Once again, editor Michael Gagné‘s curation is impeccable.

A back of the book feature regarding the restoration process from what are now very rare comics is enlightening. Gagné delegated the task to Chris Fama, whose process differs from that used by Gagné in volume one. The results are even more impressive, with no smudging or stains and bright lustre to the colours. As previously, the content is presented on slightly off white paper stock to accentuate the period feel.

Are romance comics for everyone? When they’re this well cultivated, they ought to be.