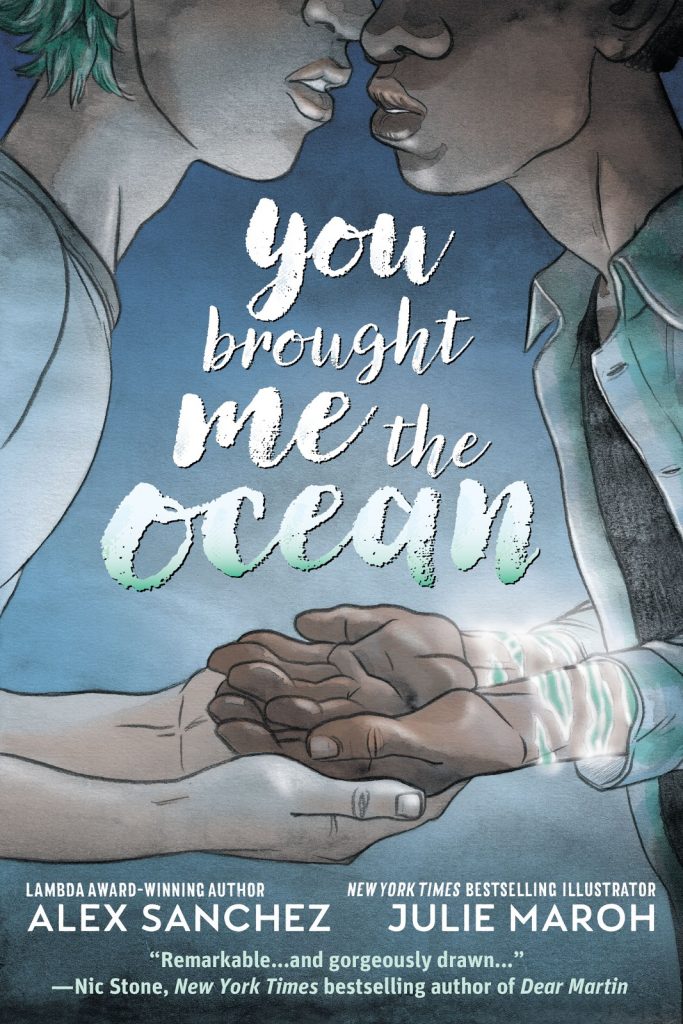 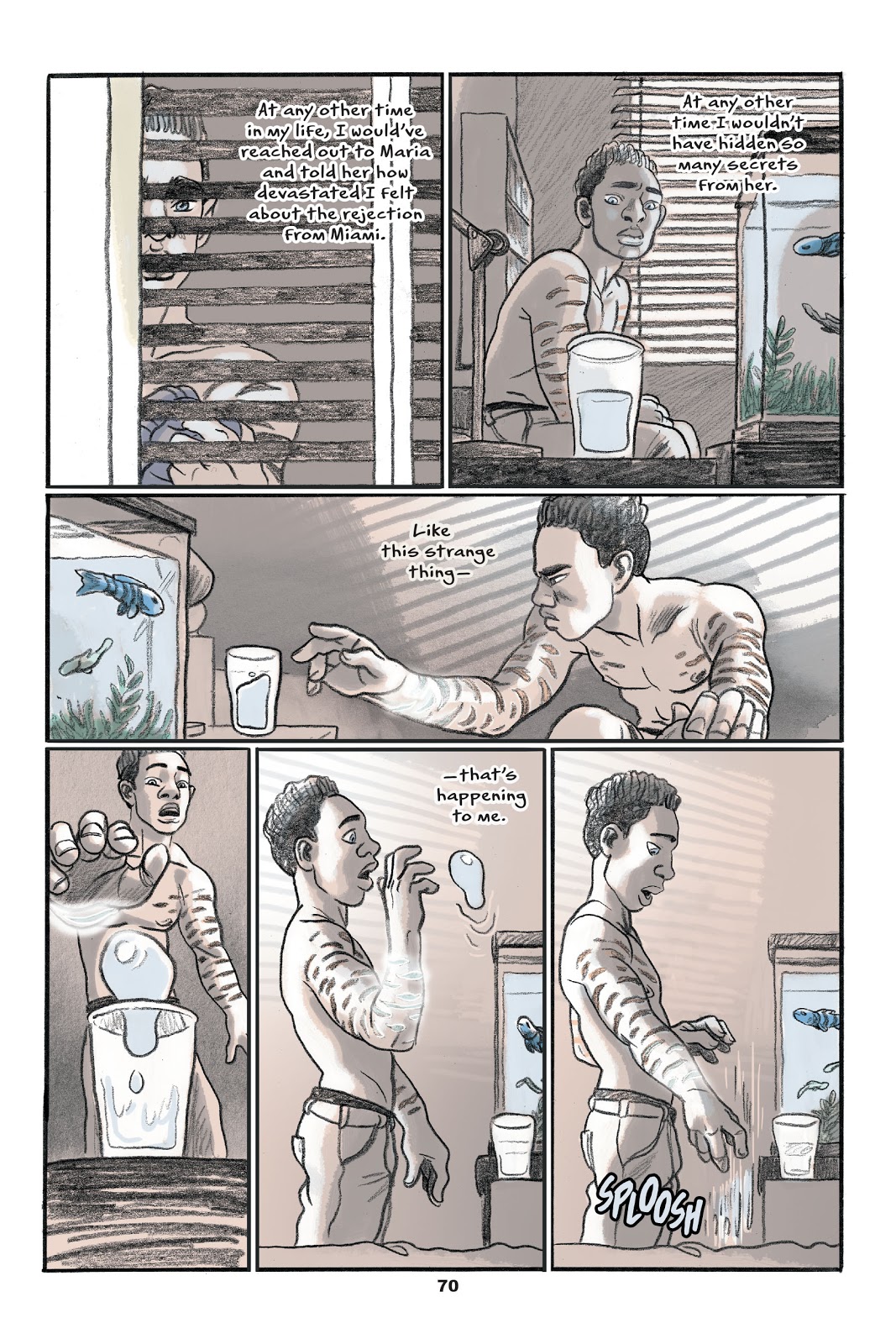 You Brought Me the Ocean reinterprets the origin of modern day Aqualad, concentrating on the character’s gay credentials rather than his costumed career.

Crafted by Alex Sanchez and Julie Maroh, this dreamily-rendered, salty sea tale details the graduating year of High School student Jake Hyde who lives in the driest part of New Mexico, but dreams of deep-sea kingdoms and fantastic marine adventure. His mother is a constant worrier: always telling him to eat properly, dress appropriately and stay hydrated. Ironically though, ever since his all-but-forgotten dad drowned years ago, she has never let him near large bodies of water, or even allowed him to swim.

Always a loner, Jake’s absolute best friend in the one-horse town of Truth or Consequences (formerly Hot Springs, NM) is Maria Mendez. She has already mapped out their future together and has no idea he yearns for the nautical life and has already applied to University of Miami to study Oceanography. The Mendez’s are neighbours who are amenable to Jake’s aspirations of leaving New Mexico, whilst his own mother shuts down every attempt to discuss the issue. She’s far more concerned with why Jake and Maria haven’t started dating yet. Sadly, Jake has never – ever – thought of her that way and has resigned himself to going it alone if he wants to realise his ambitions.

Life changes forever when Jake accompanies Kenny on a hike into the desert. The far more mature misfit has plenty of solid advice – on Maria, leaving town and life choices – but all that is forgotten when a sudden flash-flood interrupts their first kiss and activates tattoo-like birthmarks all over Jake’s body. Suddenly, he starts to glow and project water-manipulating energies…

In the throes of the astounding revelations and an irresistible attraction, it’s too easy to forget that not only metahuman maniacs respond with bigotry and mindless violence to what they deem “unnatural”. This supplies a truly magical treatment exploring the processes of coming out and finding yourself, deftly cloaked in the shiny trappings of costumed heroics, the search for belonging and teen feelings of alienation. You Brought Me the Ocean is an intriguing tale to warm the heart and comes with a contact page detailing resources available to those affected by the issues herein; personal messages from Sanchez and Maroh and an extensive section of designs and drawings from the illustrator’s sketchbook. 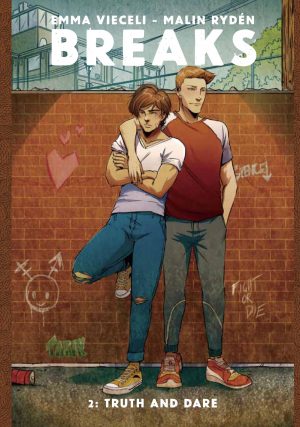