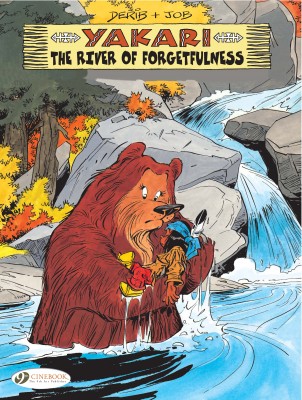 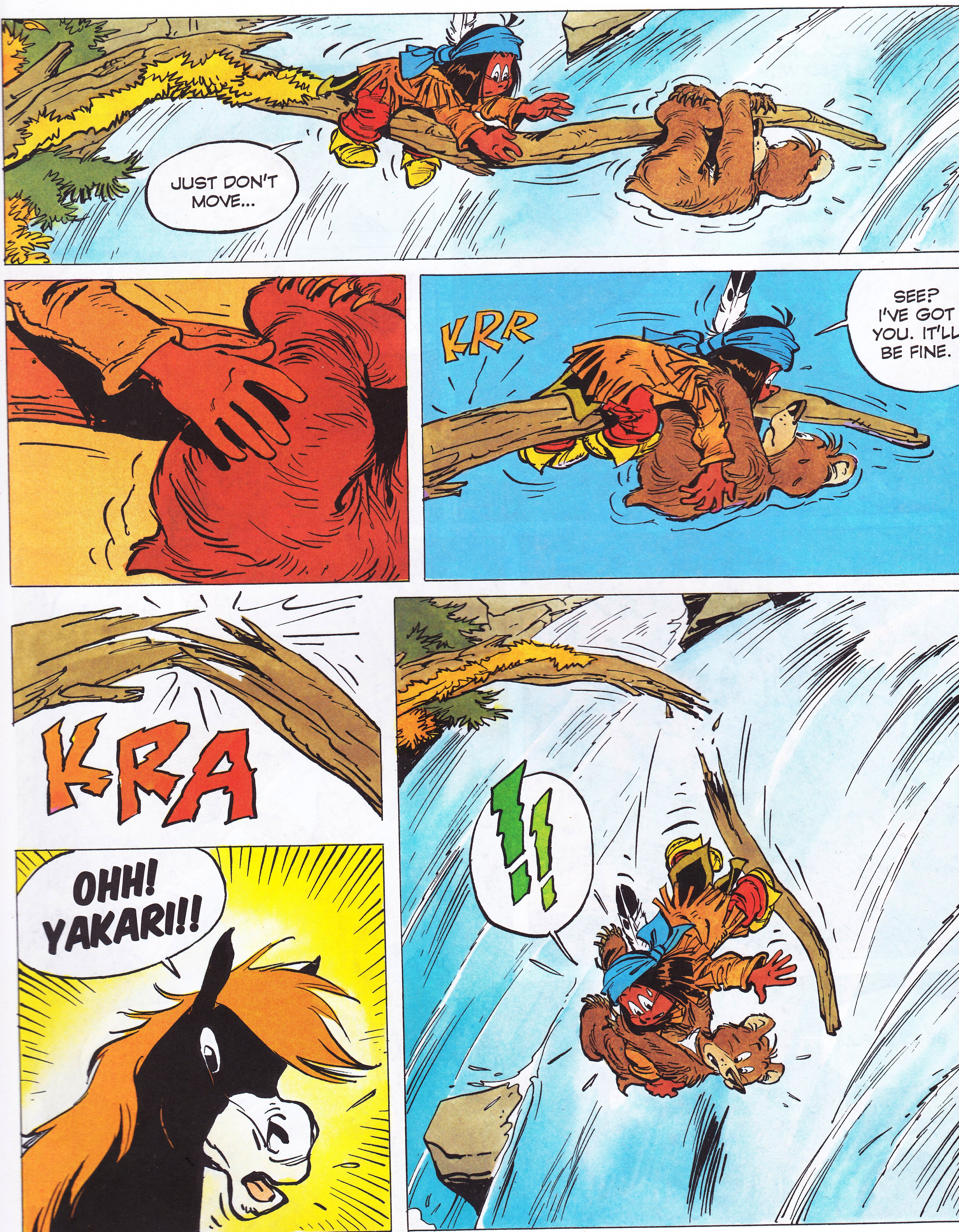 Yakari, the Sioux boy who can speak to animals, and his pony friend Little Thunder are out for a ride on a beautiful summer day when Yakari spots a bear cub dangling precariously from an old tree branch over some rapids. Dashing off to help the cub Yakari falls into the rapids, knocking his head and waking up on a riverbank with no memory of who he is. The little cub’s over-protective mother finds Yakari and since Yakari understands her (remember, he can talk to animals), she mistakenly believes the Bear Spirit is punishing her for being a poor mother by transforming her son into a human. With renewed zeal she sets to rigorously educating Yakari in the ways of being a true bear. Will Little Thunder be able to find Yakari in time before Mother Bear’s tough love takes its toll?

Writer Job’s script is rather clever, reversing old Native American legends where selfish humans are transformed into animals to teach them humility. The humour is classic slapstick in the vein of Laurel and Hardy, but the old amnesiac routine is a well-worn plot that will cater more to children than it will to adults. Making the momma bear believe she is being tested by the bear spirit convinces because Job really understands the amount of self-shaming and guilt parents put themselves through. He also utterly conveys the consternation of worried friends and the fear of being alone, the emotional tone very relatable. It is hard to find much fault with Derib’s art even in the weakest stories, and while he is superb when he has big frames to work with he will still make a small frame shine. One downside is that the anthropomorphic qualities he is usually so good at capturing seem off here, the art good but the enthusiasm missing in some places.

The River of Forgetfulness (La riviére de l’oubli) is a pleasant read and there is always something to enjoy in a Yakari story whatever the quality, as Derib and Job are so very good at understanding and engaging their target audience – primary age boys. The next book is a wonderfully illustrated and imaginative story titled Yakari and Nanabozho.