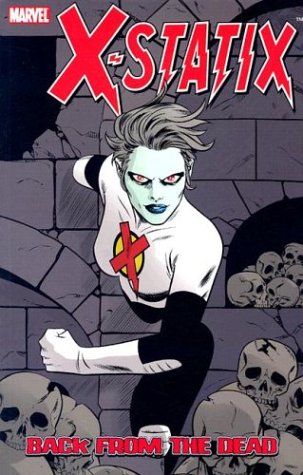 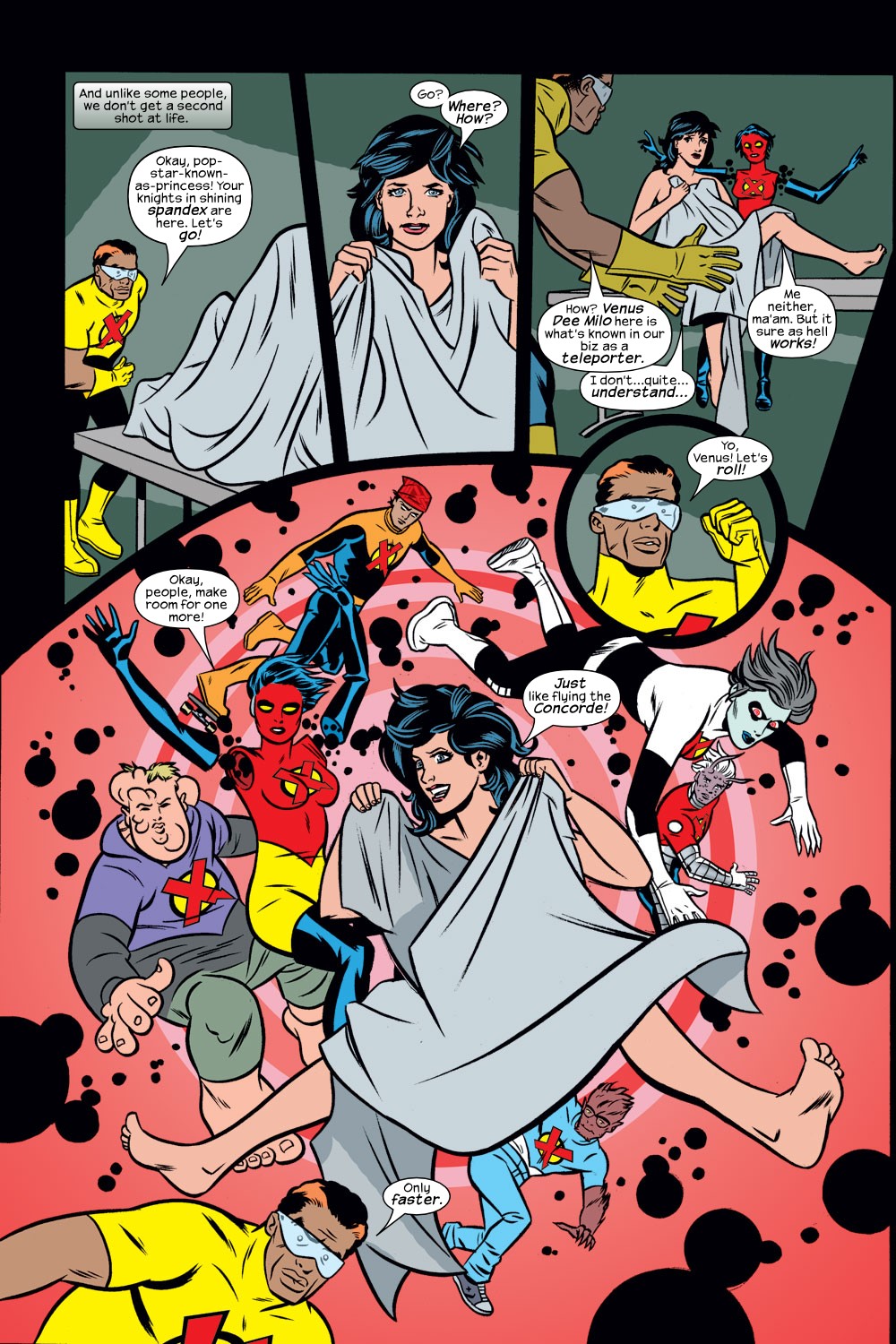 Yikes! After a consistent stream of high quality, this volume of the Mutant Media Manipulators hit the wall with a resounding ‘splat’. But to be fair, it’s not entirely the fault of the creative team.

It began when several media outlets leaked the intent of the original comics making up this paperback to feature the UK’s late Princess Diana. She was to have been resurrected and inducted into the X-Statix, as an attention-seeking diva who would parlay her powers of ‘super-empathy’ into taking over the team and overshadowing them all, in true satirical manner. Needless to say, this got back to the Powers-That-Be – including Buckingham Palace, allegedly – and a spokesperson for the Royal Family, it was claimed, denounced it as “A cheap way to cash in on Diana’s popularity”.

Well, duh. But this was one case in which the early news release backfired, as Marvel put pressure on writer Pete Milligan to change the story, resulting in an effort which… well, calling it ‘half-arsed’ is being over-generous.

Instead of Princess Diana, we’re presented with Henrietta Hunter, who, rather than being married into the Royal Family of the United Kingdom, is some sort of pop singer from the faux country of ‘Europa’. She’s involved in some unstated way with the Europan nobility/slash political hierarchy, and was eliminated by them when she became too popular. The last-minute bodge job of the do-over irritates and distracts, and despite an amusing guest-appearance from Spider-Man, and a chucklesome new multinational villainous gathering called the Euro-Trash, there’s minimal entertainment value, and we’re all a bit relieved when we can move on.

So dispiriting is the whole exercise, in fact, that the demises of two of the team – one of whom has been around long enough to deserve better – are rather brushed off.  There’s no guarantee, of course, that the intended Princess Diana story wouldn’t have been cheesy and crass, but it would have been probably more fun than this diluted substitute.

Things are rather better with the final volume in the series, X-Statix Vs. The Avengers. Both books are collected along with all other X-Statix material in the hardcover X-Statix Omnibus. 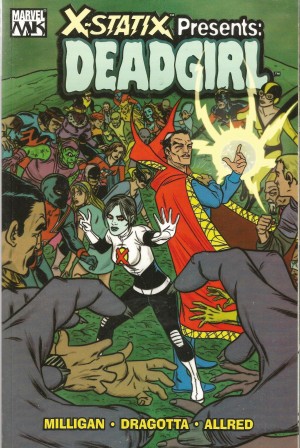