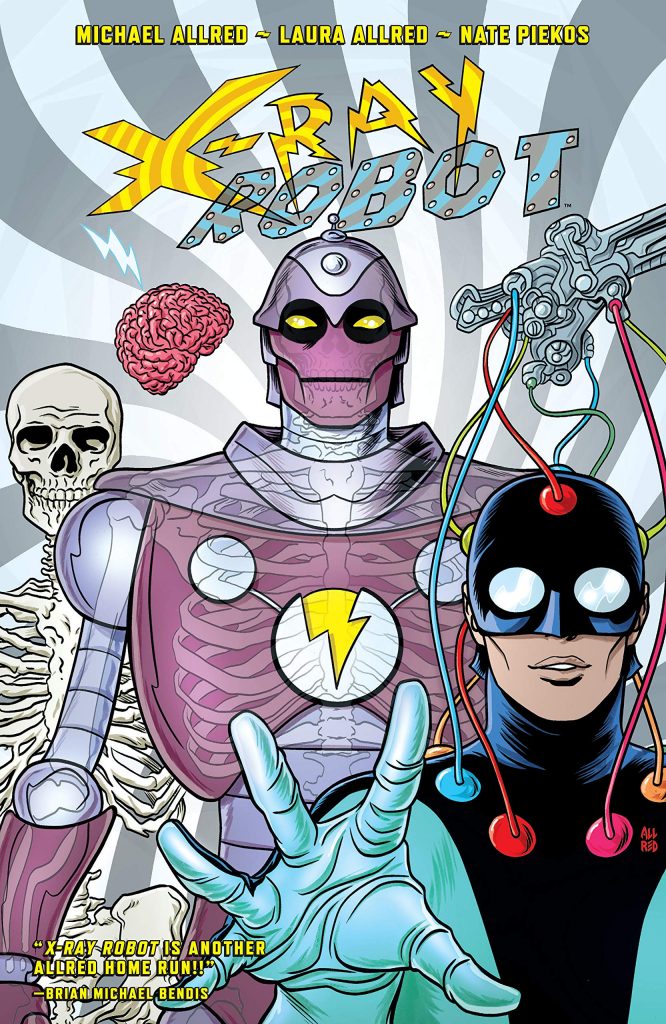 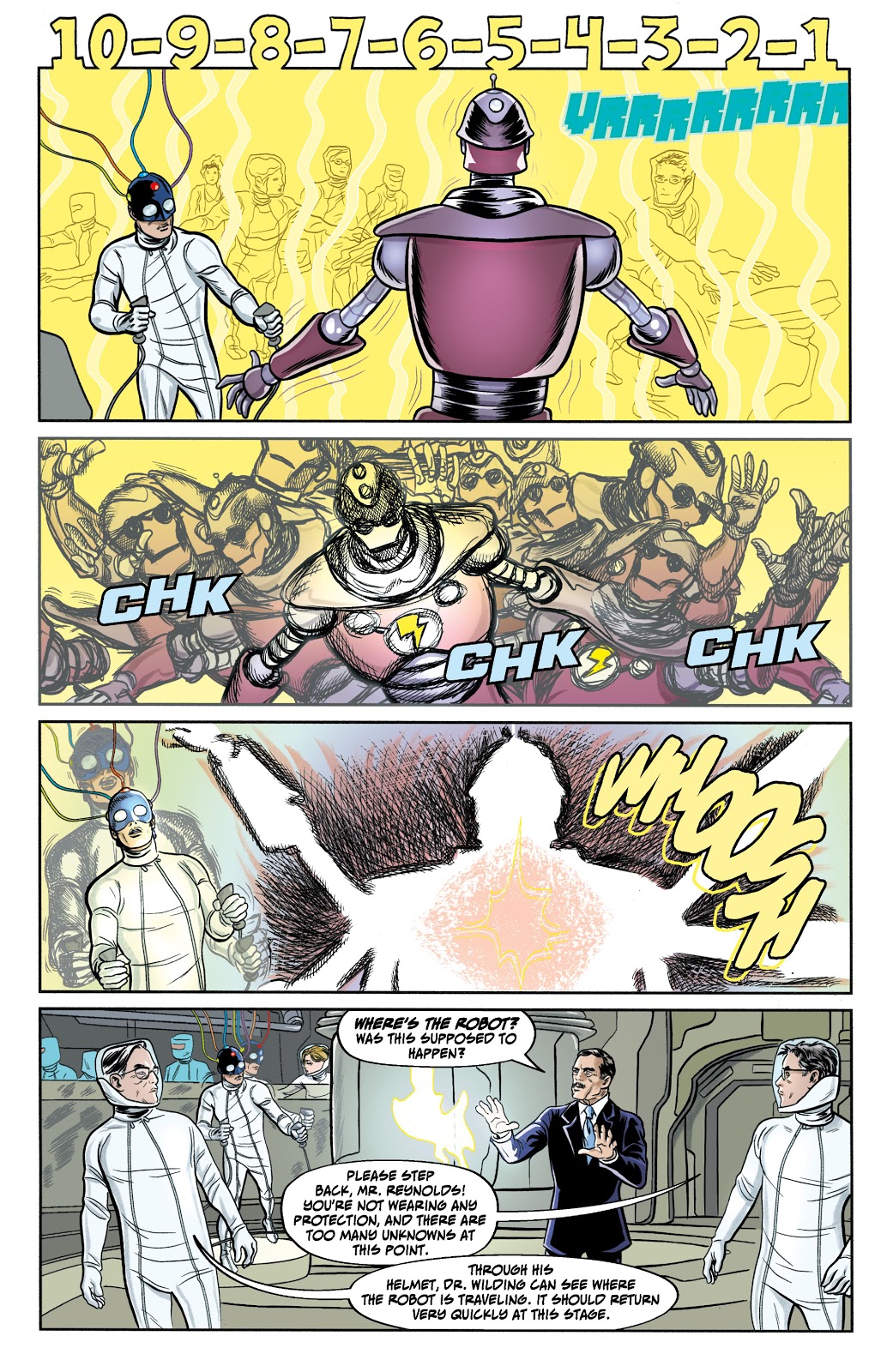 Dr Max Wilding leads a research team developing a robot that can visit alternate dimensions. It involves a human guiding intelligence being connected to a computer mind, and proves a disorienting experience for Max as he briefly visits places where he and his wife are married to different people. And that’s before a version of himself arrives from the future claiming the fate of humanity is at stake.

Michael Allred is working the concept of divergent timelines needing to be erased, the title stemming from the original robot being the sole being able to peer into the alternate timelines. There’s someone unknown, but referred to as the Nihilist, who’s travelling through time deliberately sowing chaos.

In terms of what needs to be done to rectify the situation, Allred keeps things simple, despite eventually revealing the origin of the universe. The cast have no great mission, all they have to do is turn up in the alternate timeline and matters will begin to sort themselves out. This is welcome, as it enables greater focus on the people and the peculiarities of the new societies that have evolved. It’s that thought applied to the background raising X-Ray Robot well above a standard exploration of alternate worlds.

Of course, Allred’s expansive art plays a great part in distancing this from other meditations on the theme. Portals transferring people from one place to another are frequently used, and Allred delights with the visual possibilities while also denying the idea that these places tend to the dark and dystopian. Laura Allred’s bright colouring removes that layer of recognition, and the bright red is very effective for the Nihilist.

A great strength of Allred’s comics is his always ensuring they’re fun, and X-Ray Robot doesn’t break that streak. It’s also conceptually engaging and brilliantly drawn, and while it’s possibly not the case, the impression is that this level of quality comes so easily to Allred. 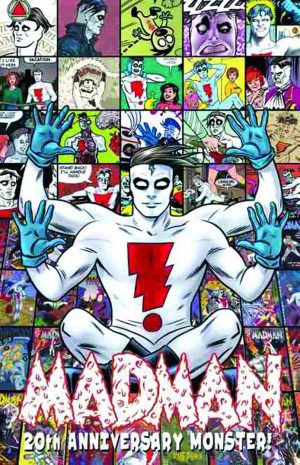