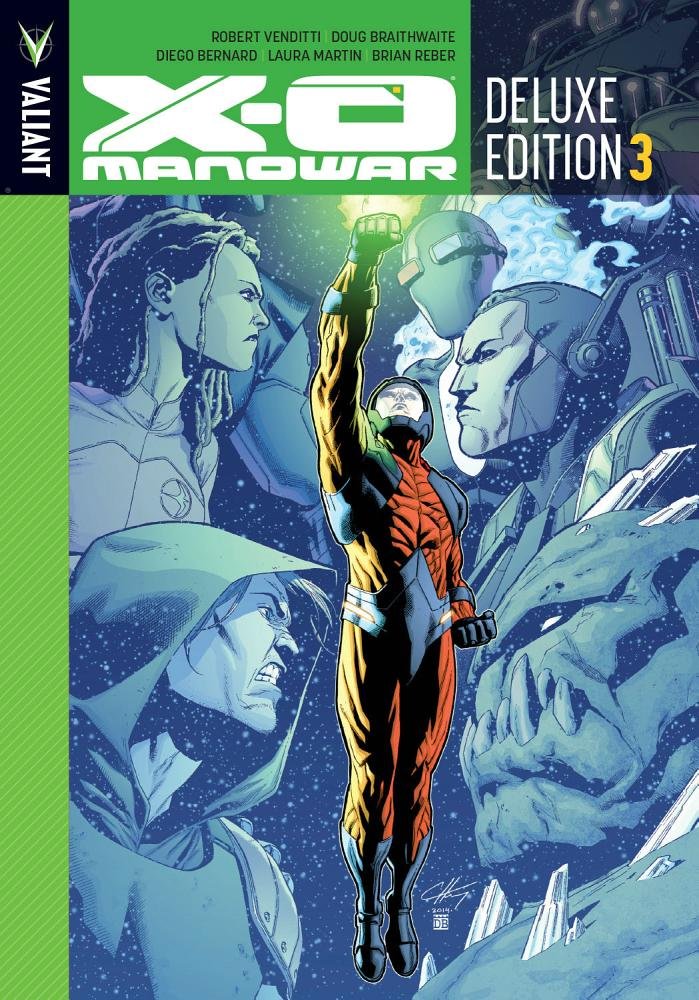 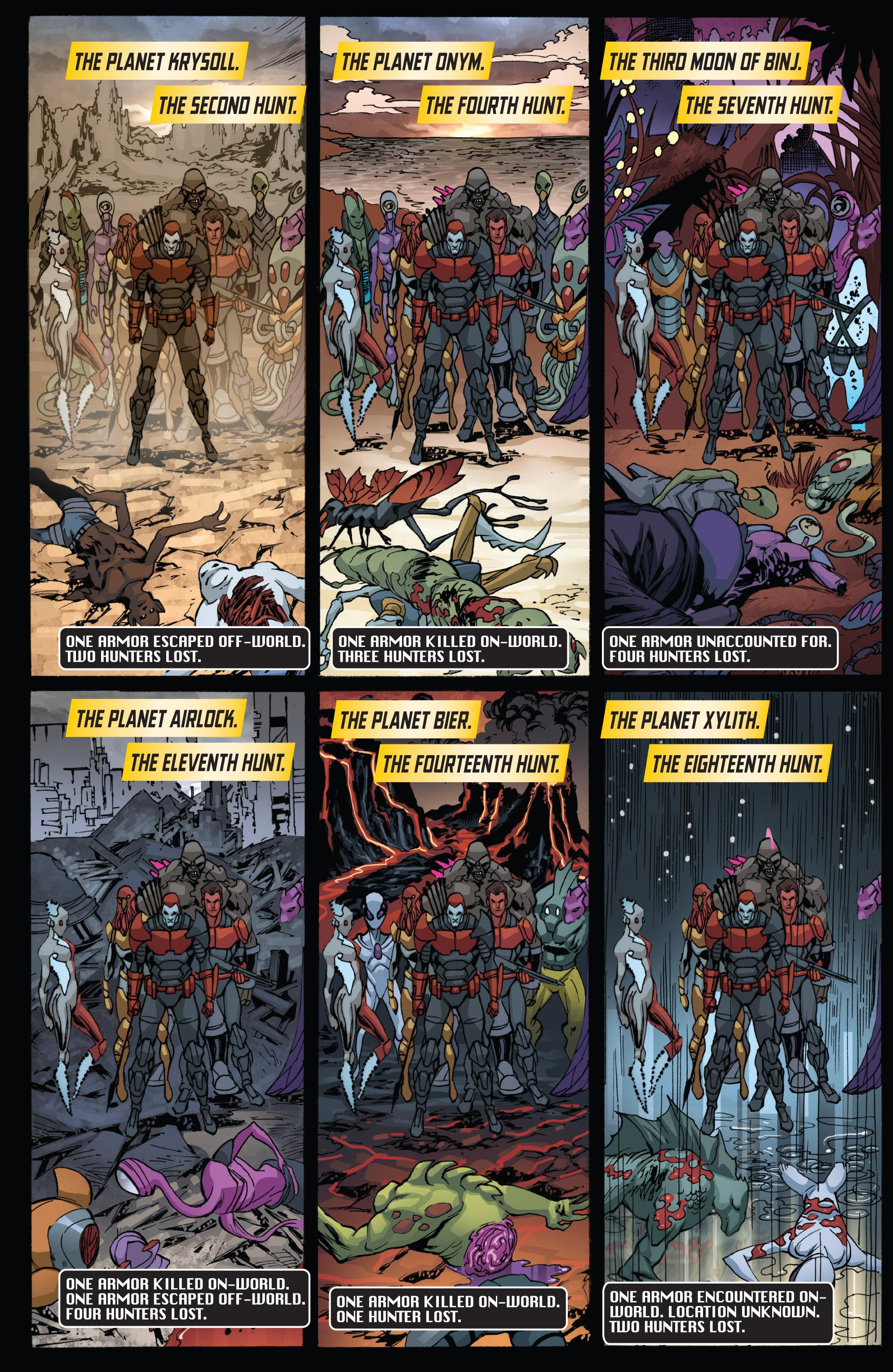 This Deluxe Edition is a decidedly odd presentation as everything within can be found with other associated content in the Deluxe Edition of Armor Hunters, along with eleven more chapters at a list price of only $10 more. Sometimes, however, less is more, and this pares down the rambling ‘Armor Hunters’ story to present only essential material. Although, be warned, somewhat oddly, it omits the touching aftermath tale.

Until this point Aric has been aware he has alien armour that’s bonded with him and responds to his commands. At no point beyond the learning process has he ever felt he’s not in control. It’s a big universe, though, and out there in space there are dedicated teams of hardened warriors whose sole purpose is to hunt down and destroy similar armour before it decimates a planet. These are the Armor Hunters, and interspersed with the story of what happens when they arrive on Earth is their birth and progress, providing a lot of background material on the armour, yet standing up as a page turning science fiction adventure. That’s possibly because it’s by the core creative team of Robert Venditti and Diego Bernard.

Bernard is new to X-O, and the best artist to work on a series where the artistic standard has been high, and that’s in a book where he shares the art duties with the similarly talented Doug Braithwaite. Bernard creates complete environments, populates them with great designs and his action scenes have a fluidity and excitement to them. The design element becomes more important as it becomes apparent that more aliens than humans are required.

The story begins with the first sighting of a second X-O armour arriving on Earth, and continues with the Armor Hunters themselves turning up. Everything is set off by a piece of convenient plotting in which devastating action supplants the easy and safer option of talking first, but ignore that and this is a page turning equivalent of the summer’s big sci-fi blockbuster.