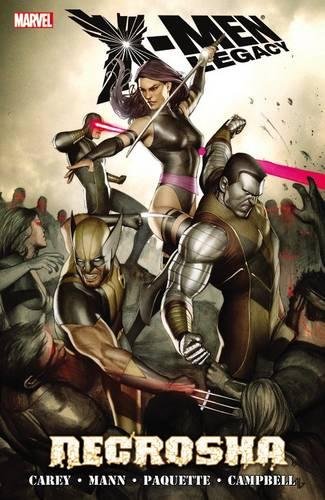 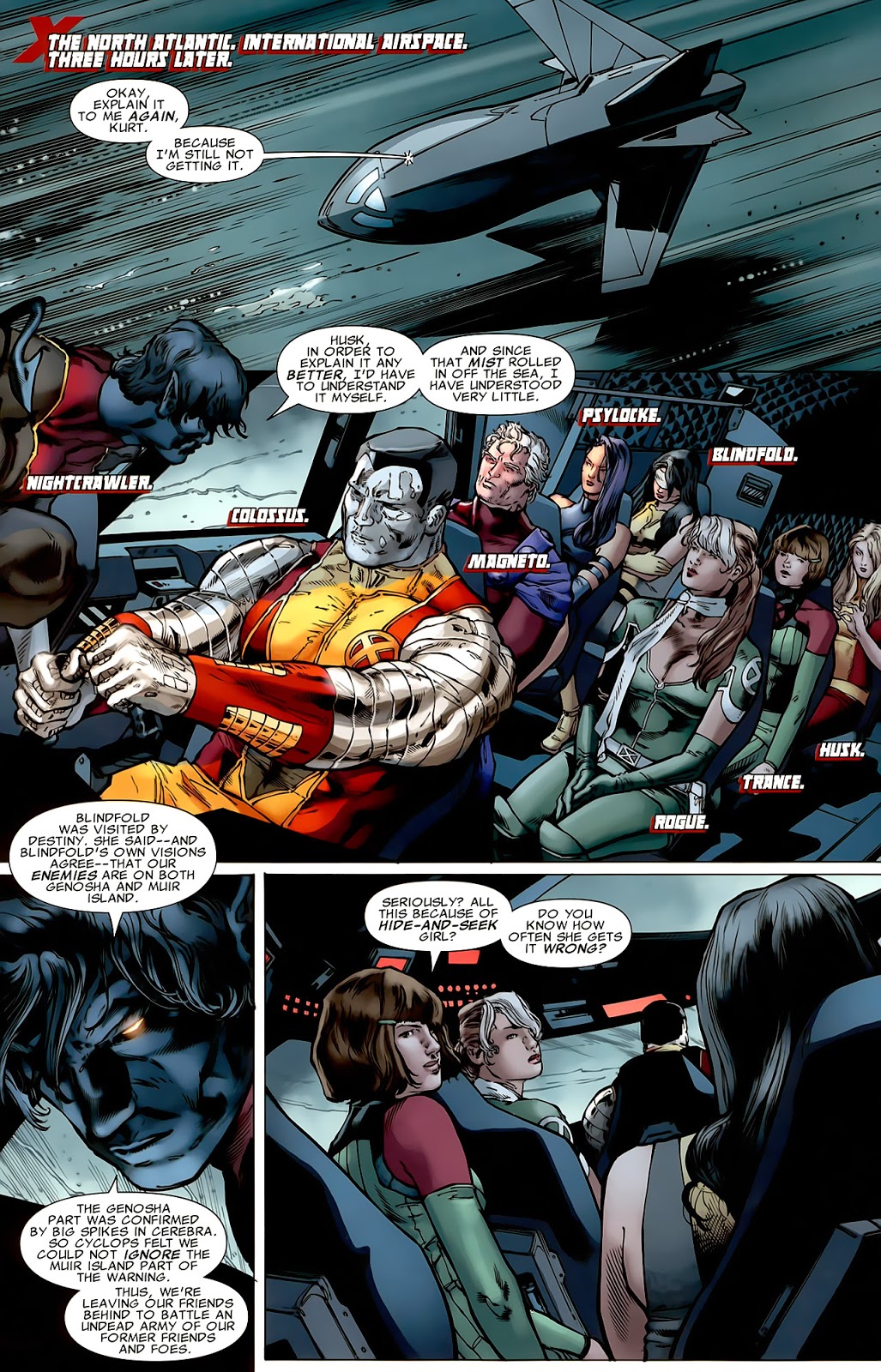 Anyone just following the X-Men Legacy continuity hasn’t missed anything as Necrosha picks up at roughly the halfway point of a story spanning several titles and concerning Selene raising dead mutants she can control as her own personal army. As far as Legacy goes, however, that’s just a side issue as Mike Carey’s interest is in a group of X-Men dealing with the threat of resurrected mutant Proteus. The reason he’s been long among the dead is twofold. Firstly he’s an almost unstoppable threat able to transfer his consciousness from one body to another, but using up that body’s energies and leaving it a lifeless husk in a relatively short period. In order to come up with a way of dealing with him, he was also given the rather random weakness of somehow being vulnerable to metal. Carey’s initial hint as to Proteus’ presence is a clever exploitation of that, and if he wasn’t immeasurably powerful before, Carey adds a new wrinkle to Proteus’ capabilities.

Following the artists used on X-Men Legacy gives Clay Mann (sample art) a tough mountain to climb. He starts well over the first chapter, but as he continues, while his art tells the story, it’s undistinguished with a lot of stiff, sketchy bodies on almost blank backgrounds. Yanick Pacquette on the final episode of this slim collection is more appealing.

Necrosha is from a period before Marvel began producing graphic novels that packaged consecutive issues of a title, but which made little sense as these were just chapters of a bigger story. The bigger story is there, but Rogue and the team of X-Men sent to Muir Island have their own crisis compactly solved with only minimal reference to the other events. That said, this isn’t the work for which Carey’s X-Men will be remembered. No more able to come up with a convincing method of dealing with Proteus than earlier writers, he resorts to the superhero equivalent of technobabble.

The final story is better. Rogue uses her power absorption to temporarily acquire the telepathic abilities the Cuckoos share, but her unfamiliarity with telepathy of that strength proves both curse and blessing in a series of short interludes over the course of a day.

From here Legacy jumps into another crossover, Second Coming, this time more intimately involved before emerging with Collision.