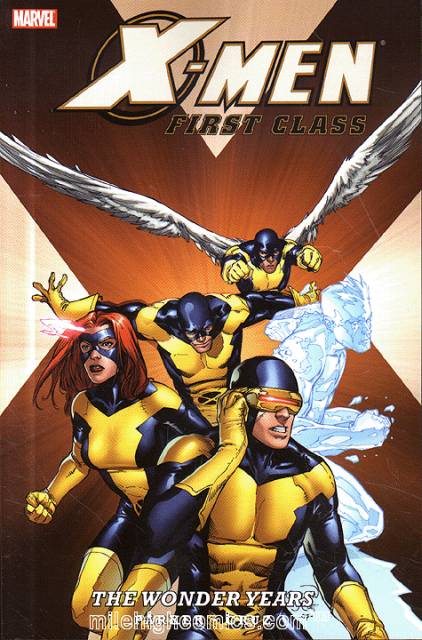 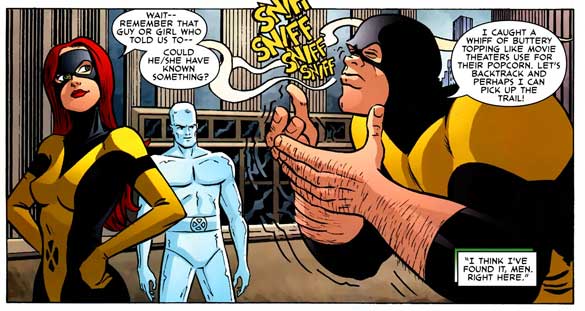 Following on from X-Men First Class: Band of Brothers, The Wonder Years presents a slight departure from previous collections, as there are threads of continuity running through all stories.

Writer Jeff Parker starts with a dig at readers who’ve been taking his work too seriously as the other-dimensional Continuiteens make their debut. With its plethora of in-jokes and references to the sales side of the comics industry it diverts slightly from the younger readers brief, and is one of the weaker First Class offerings, although artist Nick Dragotta delivers his end.

As Warren Worthington III, it’s been established that Angel has access to money beyond the dreams of almost everyone, and his habit of heading off anywhere he feels like without letting his team-mates know is beginning to annoy them. Several chapters play with this theme as the X-Men discover a randomly generated society trapped beneath Niagara Falls, have a few Lava Men problems in the company of Machine Man and run up against the Frightful Four while investigating if the amnesiac Medusa is a mutant. A teaming of Iceman with the Human Torch precedes a smattering of shorter chapters in which the X-Men investigate possible alien sightings on Earth. Parker cleverly ties this into the then ongoing events of Secret Invasion.

As ever, Roger Cruz delivers fine storytelling for the chapters he illustrates, while Dean Haspiel, Michael Cho, and Colleen Coover are welcome on the shorter strips. Roger Langridge both writes and illustrates his contribution, and the format also allows Parker to draw a cover. X-Men First Class: Finals wraps up this series.