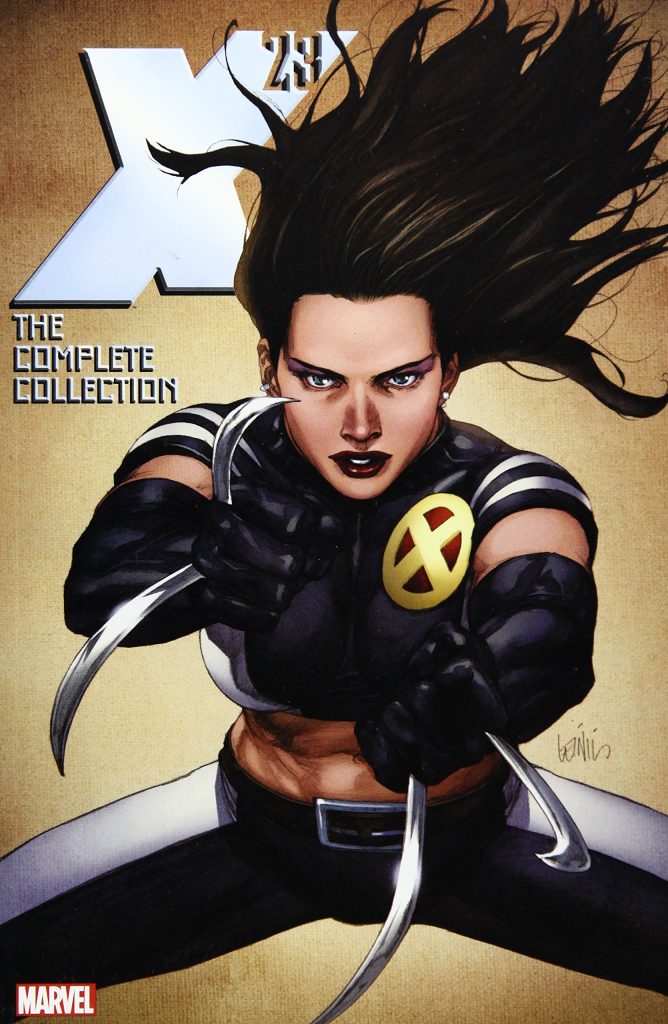 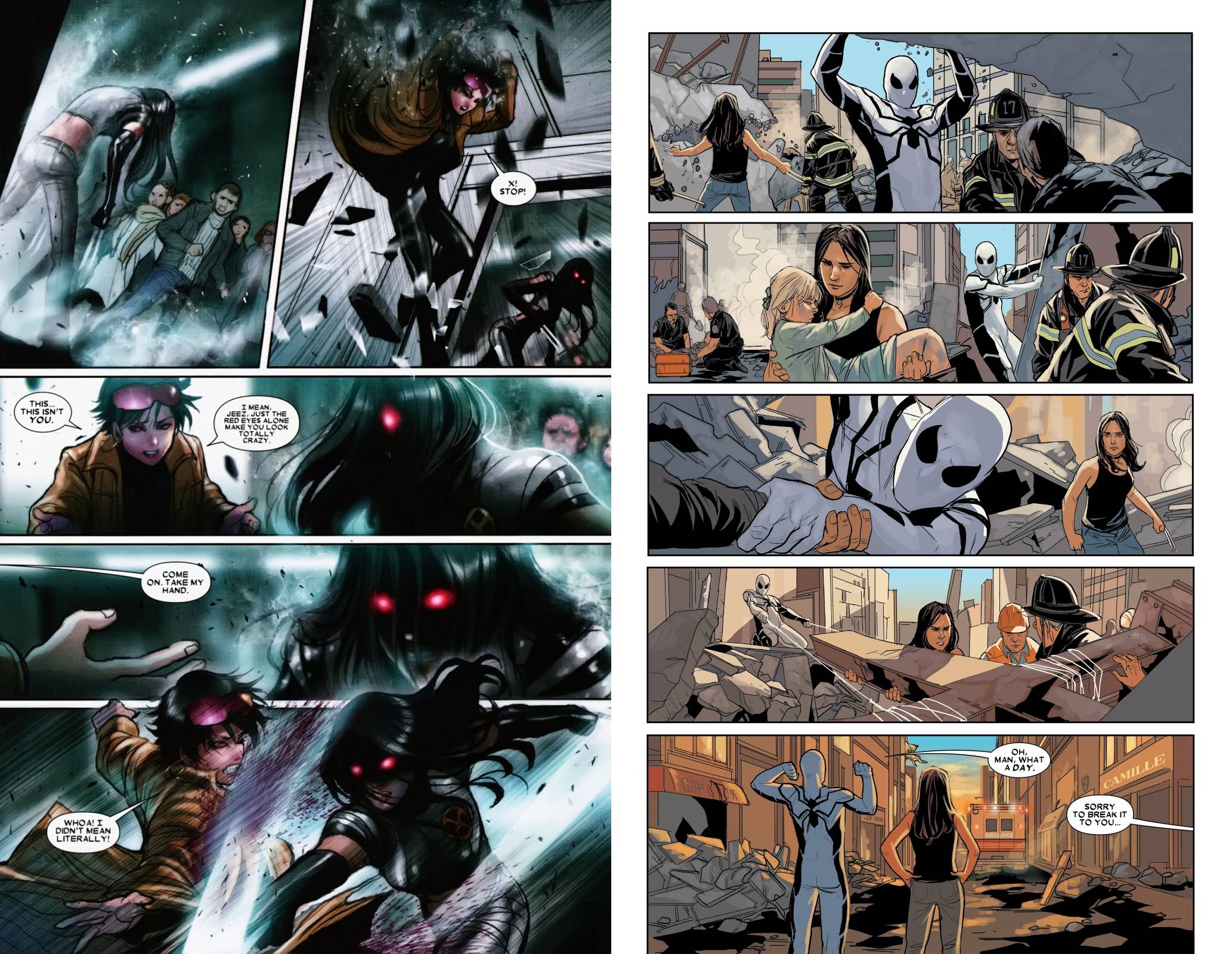 Plotted onto a graph indicating the quality level, the content of this second complete collection would start relatively high, gradually rise to a peak, then drop rapidly. That shape would be good news representing disease control or levels of crime, but isn’t as impressive measuring quality. Still, the content still improves on Volume One, and there’s much to enjoy from Marjorie Liu and her collaborators before she seems to lose interest.

The collection begins strongly, Liu determined to cut X-23 away from her grim former cycle of revenge and destruction, and the question asked throughout is whether Wolverine’s clone is more than the sum of her conditioning. Can she resist killing, or is a killer all she’ll ever be? Liu investigates this theme via holding up assorted mirrors to Laura, other clones, other killers and other mutants. Liu also makes a point of switching genres. A teaming with Spider-Man and the Fantastic Four in New York is a straightforward Marvel superhero story of a type X-23 hasn’t previously been involved in, and the first couple of chapters are great. “I have heard of you”, Laura tells Valeria Richards, “you possess a genius level intellect”. “Yes, I’ve heard about you too”, responds Valeria, “you kill people”.

Other artists are good, but the star turn is the phenomenally talented Sana Takeda, although her first full chapter doesn’t make the most of her skillset. She draws a beautiful shark (and later a beautiful dragon), but the inherent savagery of claws against teeth isn’t rammed home. Where she’s far stronger is with the eyes being the window to the soul, plenty of panels showing a melancholy Laura swamped by self-doubt. The single best chapter is set in Paris with Gambit, Jubilee and Wolverine, a long night of the soul in which much is discussed, and it’s difficult to imagine any other artist here drawing it as effectively. Every one of them has a fundamentally decorative style, Ryan Stegman immense, and Will Conrad very good, but blotting his copybook by the objectionable poses for women. Phil Noto’s stock in trade is precision, which leaves some pages looking static, but with some beautiful individual images, and he also deserves credit for actually drawing Jubilee with features resembling the Asian American she is.

While the first two-thirds of this collection is very readable, what eventually drags it down over the final third is Liu constantly throwing X-23 into one new experience after another, with little substance other than a desire to surprise as to the circumstances Laura finds herself in. X-23 babysitting? X-23 vs the Collector? X-23 on a spiritual journey with wolves and Native Americans? None of them grab the attention. Over this section only a night out with Jubilee has any great resonance, a day of joy followed by a worthwhile job done well. The remainder is very readable, the character development thoughtful compared with Laura’s previous incarnations, and the circumstances permitting it, thrilling.

If preferred, the better material is found in The Killing Dream, Daken/X-23: Collision (along with extra chapters), and Chaos Theory, where things begin to tail off, while the art and the Jubilee story are the only highlights found in Don’t Look Back.