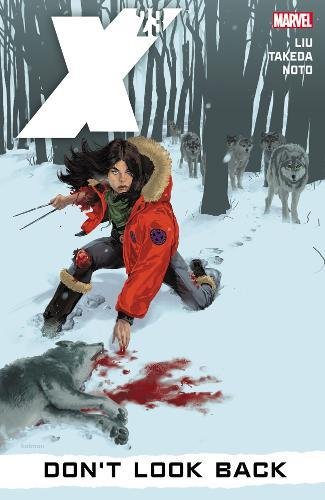 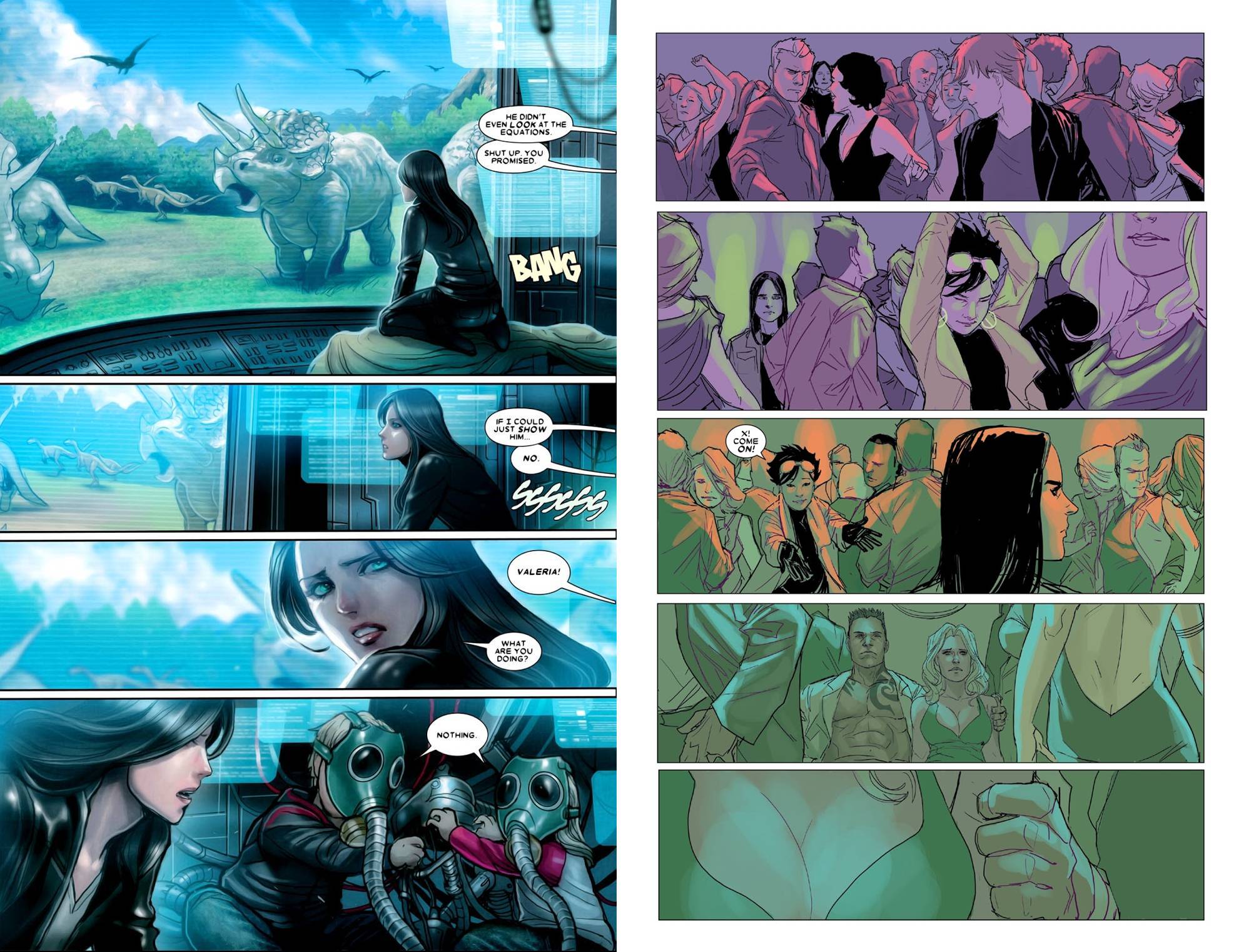 X-23 wearing a red hooded coat on the cover of a collection titled Don’t Look Back is a reference designed to appeal to cinema enthusiasts, but it indicates a cleverness absent from most of this collection, which is disappointingly straightforward on Marjorie Liu’s part. A reason her handling of X-23 has been so readable is because she dredges through Laura’s inner sadness, and there’s little of that here. A relationship with Hellion of the X-Men pre-dates Liu’s involvement with X-23. It always seemed contrived, and Liu made the right decision in ending it early, which makes revisiting it a mistake. He’s returned in order to effect a rescue later, but that would have been better achieved by methods not involving old baggage.

Sana Takeda’s art is again breathtaking. She gets to draw a dragon, a robot, and a spaceship, each of them amazing, although if you want a minor quibble, her version of the villain is lacking, while faithfully based on the movie version. On Chaos Theory a problem with Phil Noto’s art was female faces lacking difference, but here he’s possibly the first artist able to make Jubilee look like the child of Asian parents as intended. His precise lines ensure what might have otherwise been a greatly upsetting story is toned down a notch, and he’s excellent when the final chapter combines nature and spiritualism.

While the art is exemplary, it’s only really the story of what happens on X-23 and Jubilee’s night out that has any great resonance. Liu has moved Laura away from the mileu that previously defined her, which is no bad thing in principle as there’s only so many times the same path can be effectively trodden, but her strides into the light move her too far away. Is X-23 taking on one of the elders of the universe really her home ground? The same applies to babysitting Franklin and Valeria Richards, the great line of “you are not petting a dinosaur tonight” notwithstanding. A wordless final story is another attempt to try something new, Laura attempting to find herself in an environment where she has the freedom to follow her instincts. It’s an improvement on chasing a dragon around Manhattan, but it’s a lot of effort on Noto’s part for a slim story. It’s the artists who raise this collection to average.

This is also available along with most of Liu’s other X-23 work in the second volume of X-23: The Complete Collection.