WWE: The Sami and Kevin Show 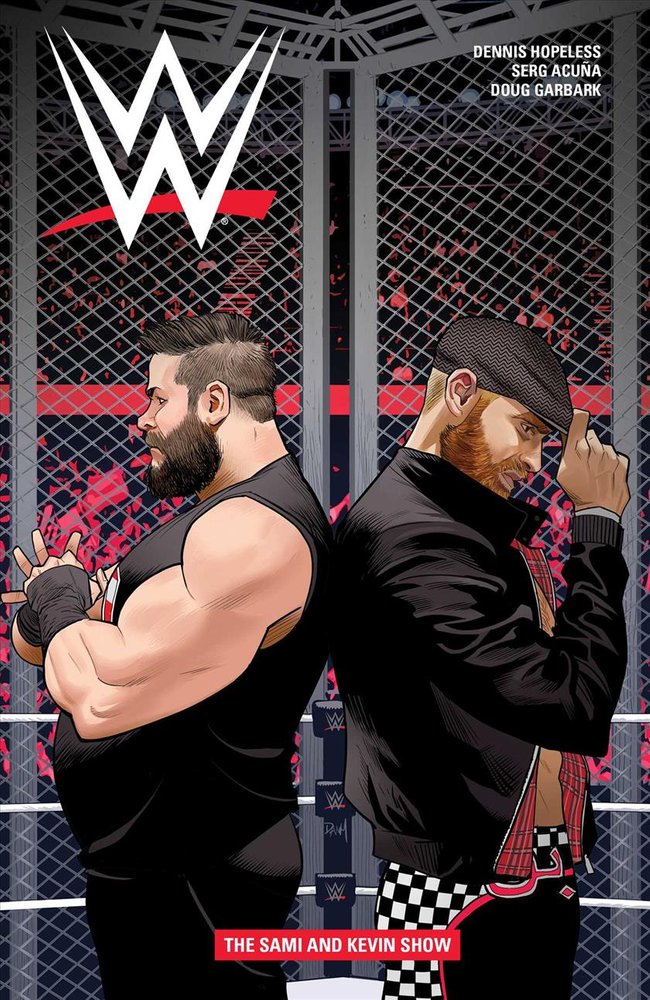 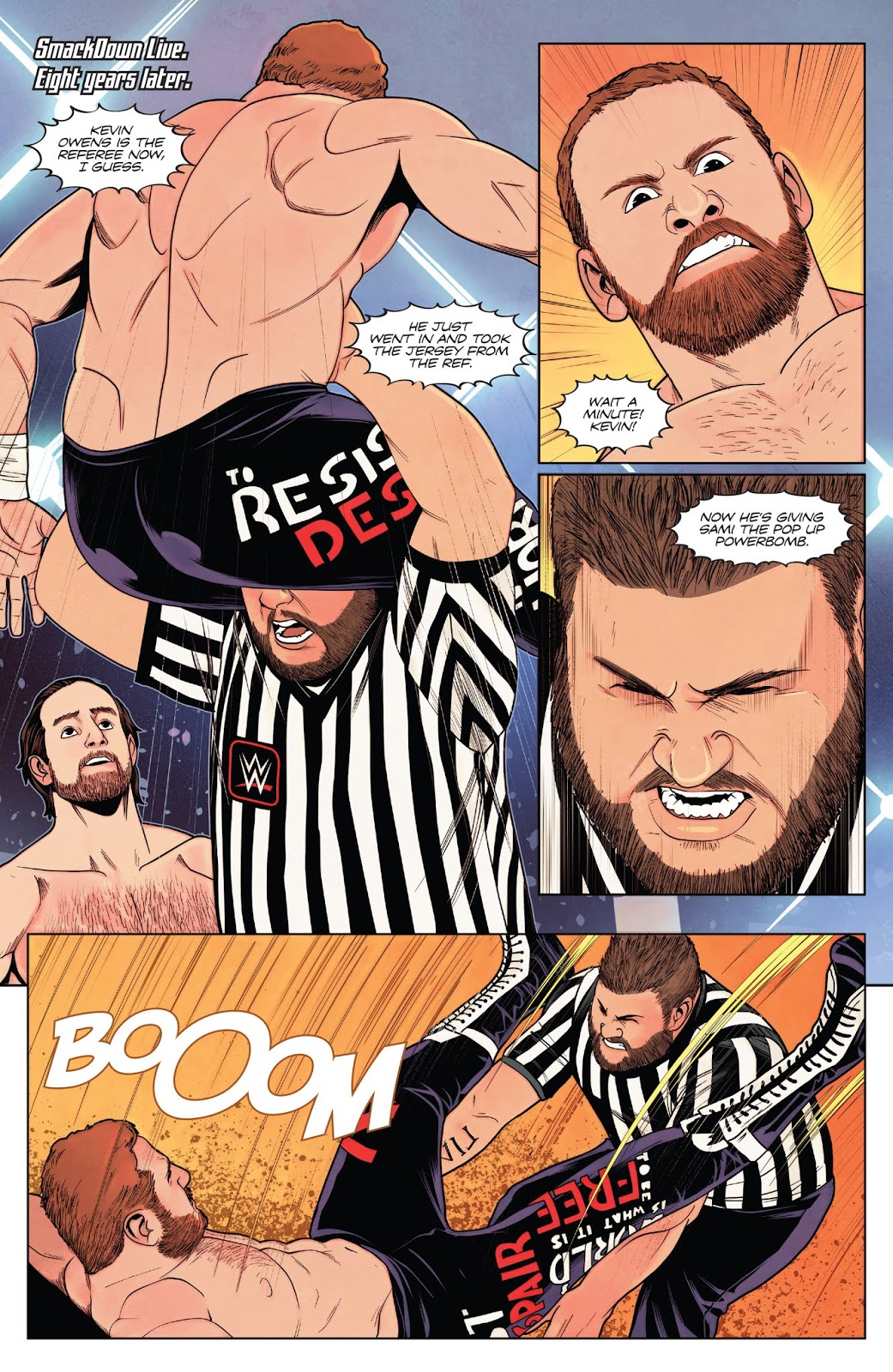 The volume numbering might have been dropped, but as with previous WWE graphic novels, what’s revealed of the wrestlers and their grudges on TV screens is presented as reality, while the back stories are inspirational, overcoming all odds in pursuit of a dream. It’s a curious mixture of truth, exaggeration and fiction. So it is with Canadians Kevin Owens and Sami Zayn, first seen eight years before the present day of 2019 barely scraping a living touring small venues and vowing they’ll do whatever it takes to get themselves to the WWE. That there’s a graphic novel about them indicates how that went, but their 2019 characters equally show a very different understanding of whatever it takes. Owens is the bad boy who doesn’t let anyone stand in his way, while Zayn’s altogether more considerate, and surprisingly loyal.

Previous collections have proved the creative team of Dennis Hopeless and Serg Acuña can be relied on to deliver wrestling feuds to a decent standard, and that’s what we get with Owens and Zayn. Almost everything concerns their wrestling careers after joining the WWE, where Owens has played the rule-breaking bad boy and Zayn has taken a lesser profile, winning matches, but never a title. Picking up in 2017, the emotional heart is whether Zayn has to become like Owens to succeed, which Hopeless exploits well, Zayn riddled with self-doubt and torn between his conscience and his friend. Fans will have seen the in-ring action, the stunts and the televised threats over 2017 and 2018, but Hopeless provides the off-camera questioning.

There’s an occasional stiffness to the facial expressions, especially Zayn’s, the result of working heavily with visual reference, but Acuña delivers the dynamics of wrestling in and out of the ring. Most importantly, the main characters look like themselves, although likenesses of Shane McMahon appear to have been off the agenda. It’s very noticeable considering much of the conflict stems from Owens’ feud with McMahon, the latter always appearing with his head cut off or his face concealed.

Hopeless and Acuña provide the main event, but a fair number of other creators are credited, working on four short strips briefly looking at other wrestlers, and tying in with the celebrations for 25 years of WWE’s Raw division. All have decent art, and Samoa Joe is credited for co-writing his own rant about how he’ll tear through the other wrestlers. The funniest strip concerns Chris Jericho’s Festival of Friendship, by Kevin Panetta and Daniel Bayliss, and also featuring Owens.

The WWE graphic novels continue to be crowd pleasers under Hopeless and Acuña, and next up is their spotlight on AJ Styles, The Phenomenal One.