WWE: The Phenomenal One 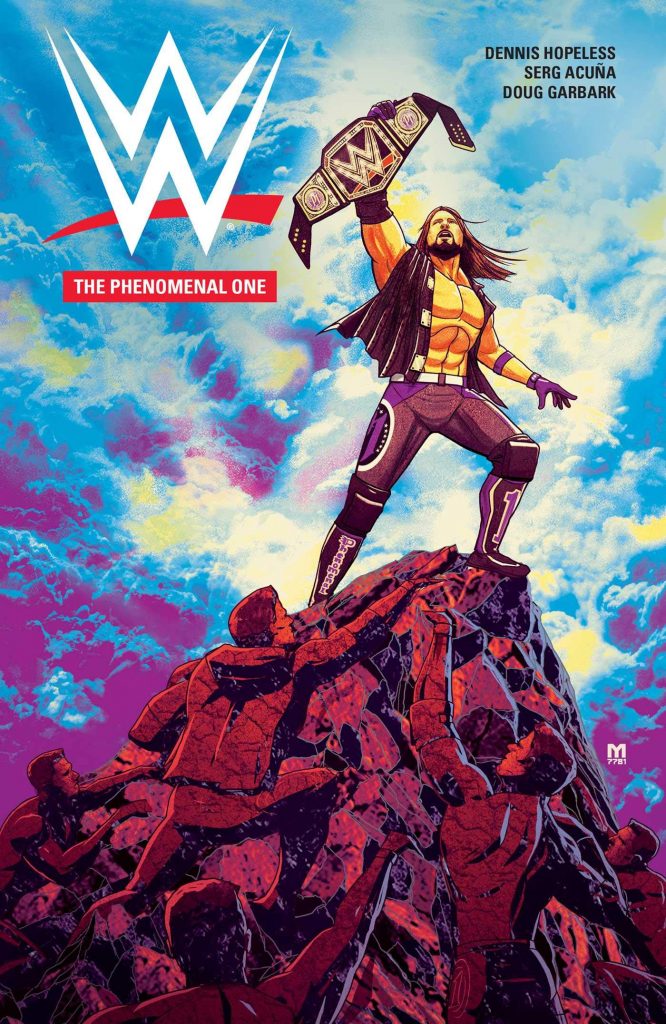 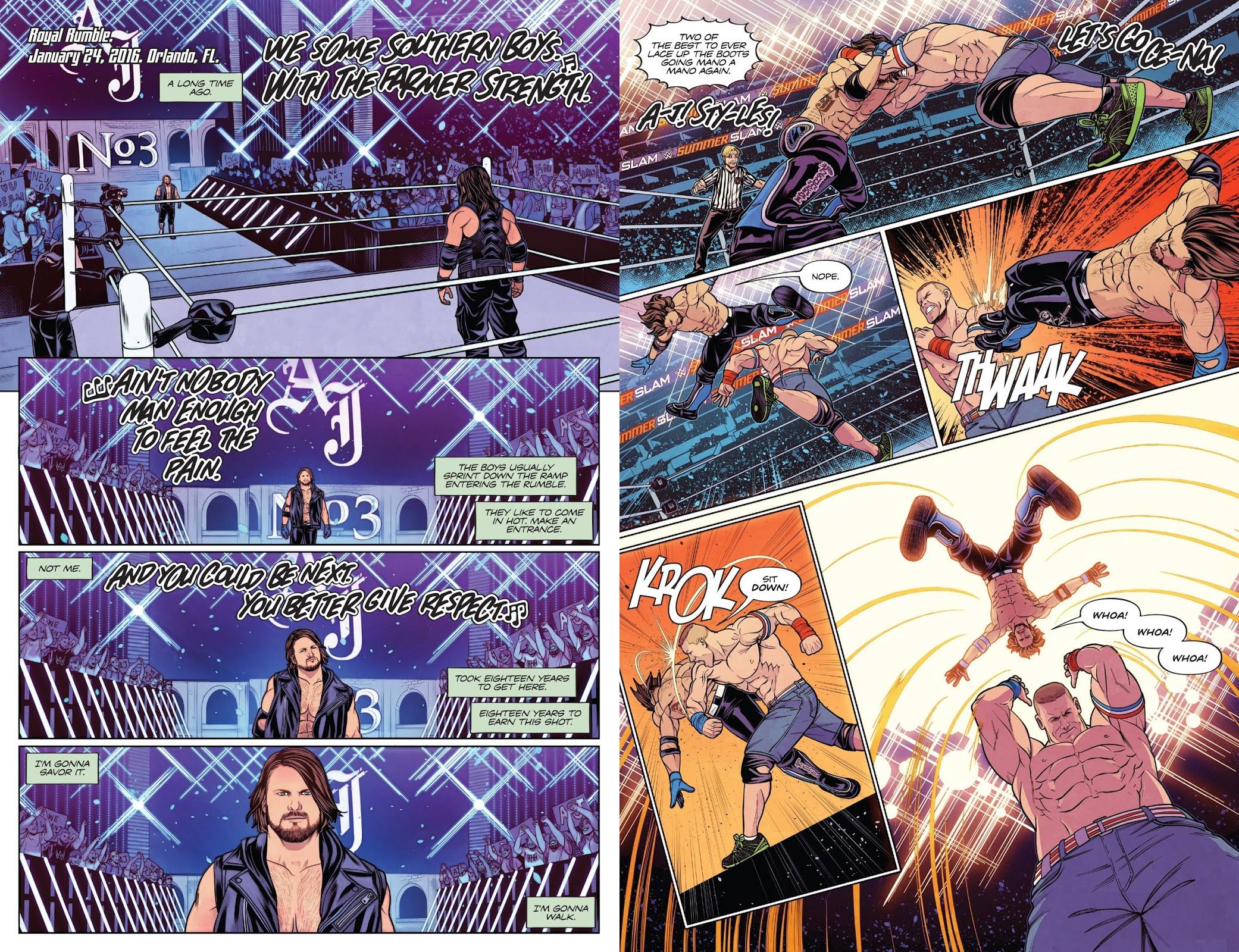 A.J. Styles’ wrestling career took an unusual path for the 21st century. Instead of being sourced young from a regional wrestling organisation and developed by the WWE, working his way through the ranks over a number of years, Styles knocked back the WWE developmental contract and spent fifteen years as the major attraction with other organisations.

What’s surprising is that there seems to have been no pressure on Dennis Hopeless to downplay the truth in order to fit with WWE mythology. Some aspects are glossed over, but by and large the opening chapter presents the story of Styles’ pre-WWE career, acknowledging his his skill and the love the crowds have for him, respecting a great talent. The remainder of the book, however, concerns what Styles has achieved since joining the WWE. It relates the 2016 WWE storyline of former buddies Karl Anderson and Luke Gallows talking him into taking on John Cena, the battle about respect with Brock Lednar, his odd relationship with Shinsuke Nakamura and the feud with Samoa Joe. Other wrestlers feature along the way, and Hopeless gives us the people we know and love or hate. It’s obvious, however, that while Styles’ wife is an important part of his life and of the final story, no likenesses of her were on the agenda. She’s always seen from behind or with her face obscured.

As ever, the holder of the combined belts as the WWE’s artistic champion is Serg Acuña, who draws four of the five chapters in his smackdown style, good with the likenesses, great with the action and cool with the quieter moments. Kendall Goode makes for a fine tag team partner, although the figurework’s not always quite right.

All the main WWE graphic novels from Boom! Studios have hit a level of quality and enjoyment, and The Phenomenal One joins that list. 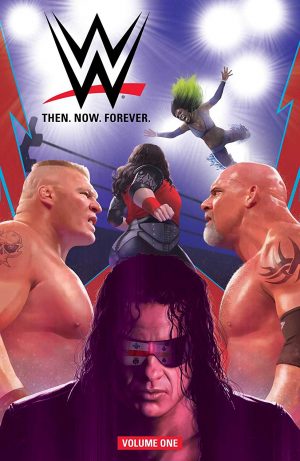 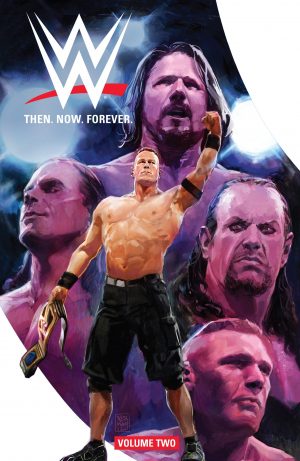 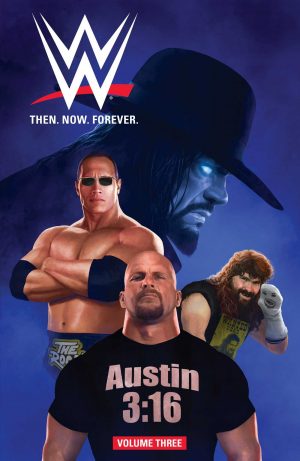 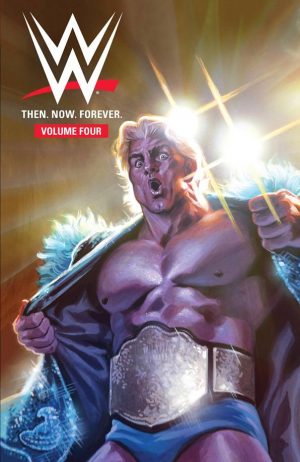