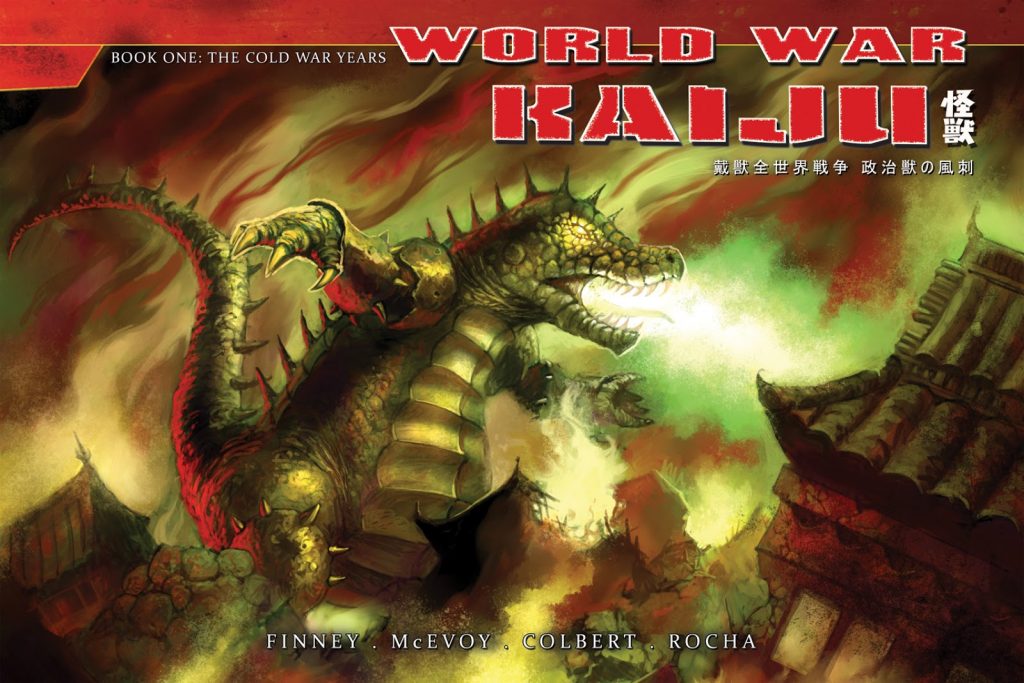 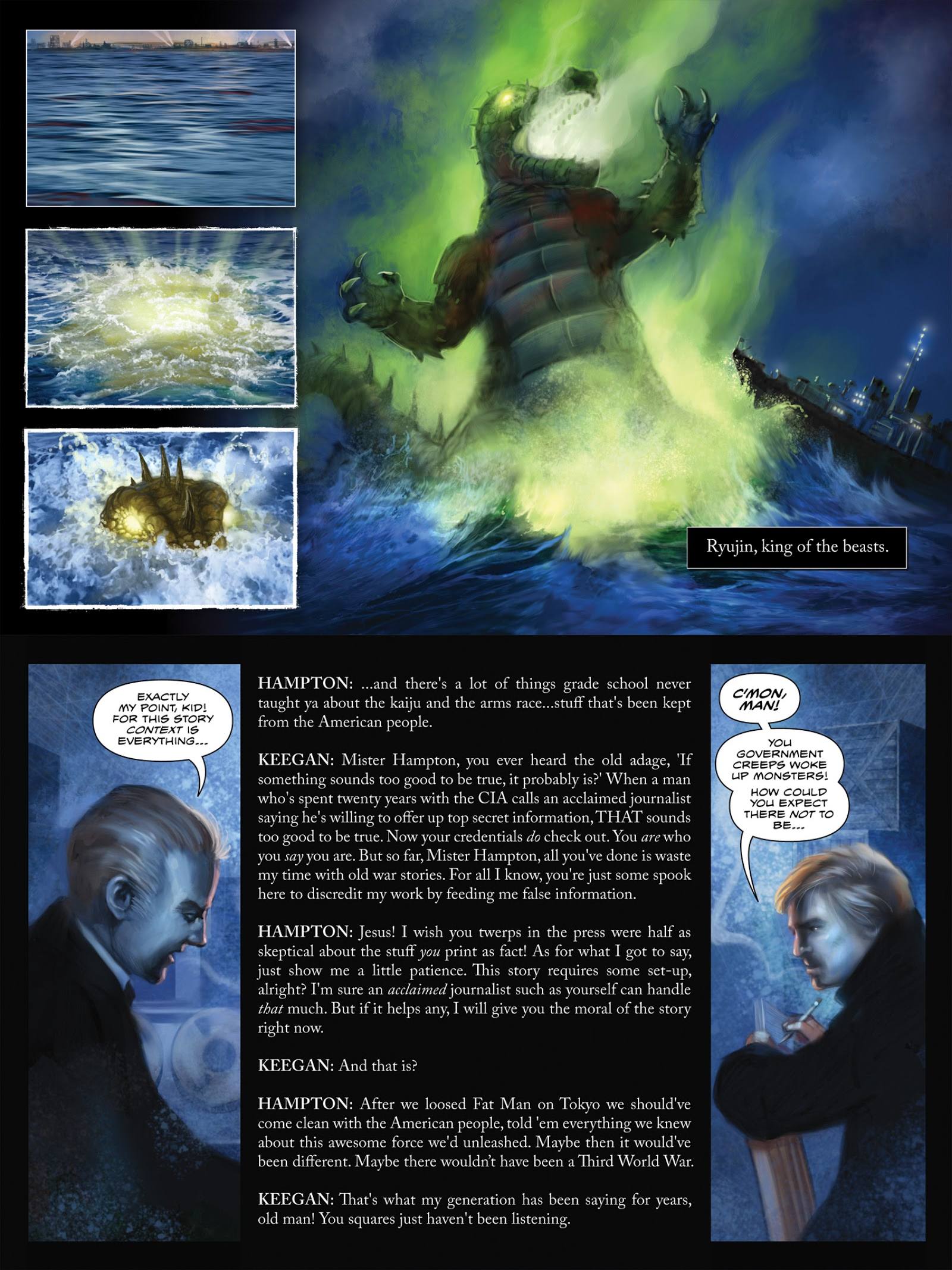 This love letter to Japanese monster movies, or Kaiju, starts with a neat opening twist. We see the American bomber Enola Gay heading toward Japan at the end of World War II, and the narrative leads us to believe it’s planning to drop the atomic bomb. Instead the monster seen in the sample art drops into the sea and heads toward Tokyo. It’s neat and surprising, indicating a creative imagination on Josh Finney’s part, while Patrick McEvoy revels in drawing the resulting rampage.

It’s not all like that, though. Perhaps limited by the landscape format, which was presumably cheaper for a small company to print, Finney resorts to blocks of typeset text as per the second sample page of an ongoing interview transcript. There’s a lot of it, as after the opening action sequence the crux of The Cold War Years is a highly placed secret service official spilling the beans to a journalist about how events escalated to what’s hinted at as being a poor situation in the present day. It’s an alternative history of real world 20th century Cold War chest-beating, but involving an assortment of giant monsters, Finney weaving in all sorts of names, places and occasions acknowledged by historians, or beloved by conspiracy theorists. If it’s accepted as a combination of text and comics, there’s an intriguing read to be had.

When not having to work around blocks of text, McEvoy’s later presentations of monster battles are as impressive as his original, these all created in a digitised form of airbrush, so having a 1970s vibe about them. McEvoy’s adaptable, though, able to change his art to render the different eras showcased by the script. Werner Von Braun’s post-German life is given the crudity of 1940s comics, while the 1960s is extrapolated in Pop Art style.

Finney’s dialogue for the agent and journalist is convincing, and highlights their combative personalities as well as moving the story forward. He also brings out the misguided attitudes of security officials who become so wrapped up in their own concerns that their primary occupation of protecting the nation becomes secondary. The tale being spun grabs the attention, and is backed up with twenty pages of bonus material, including faked advertising strips and a wealth of ‘declassified’ information. Don’t let the fact of there being no Book 2 put you off, there’s enough to enjoy about The Cold War Years and its escalating arms race.