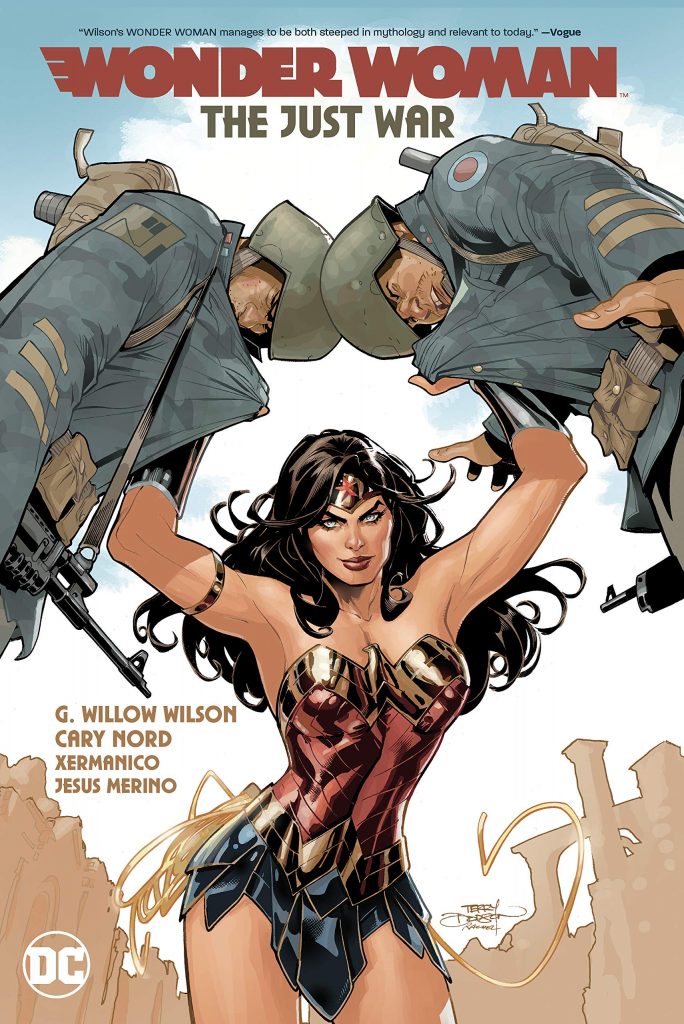 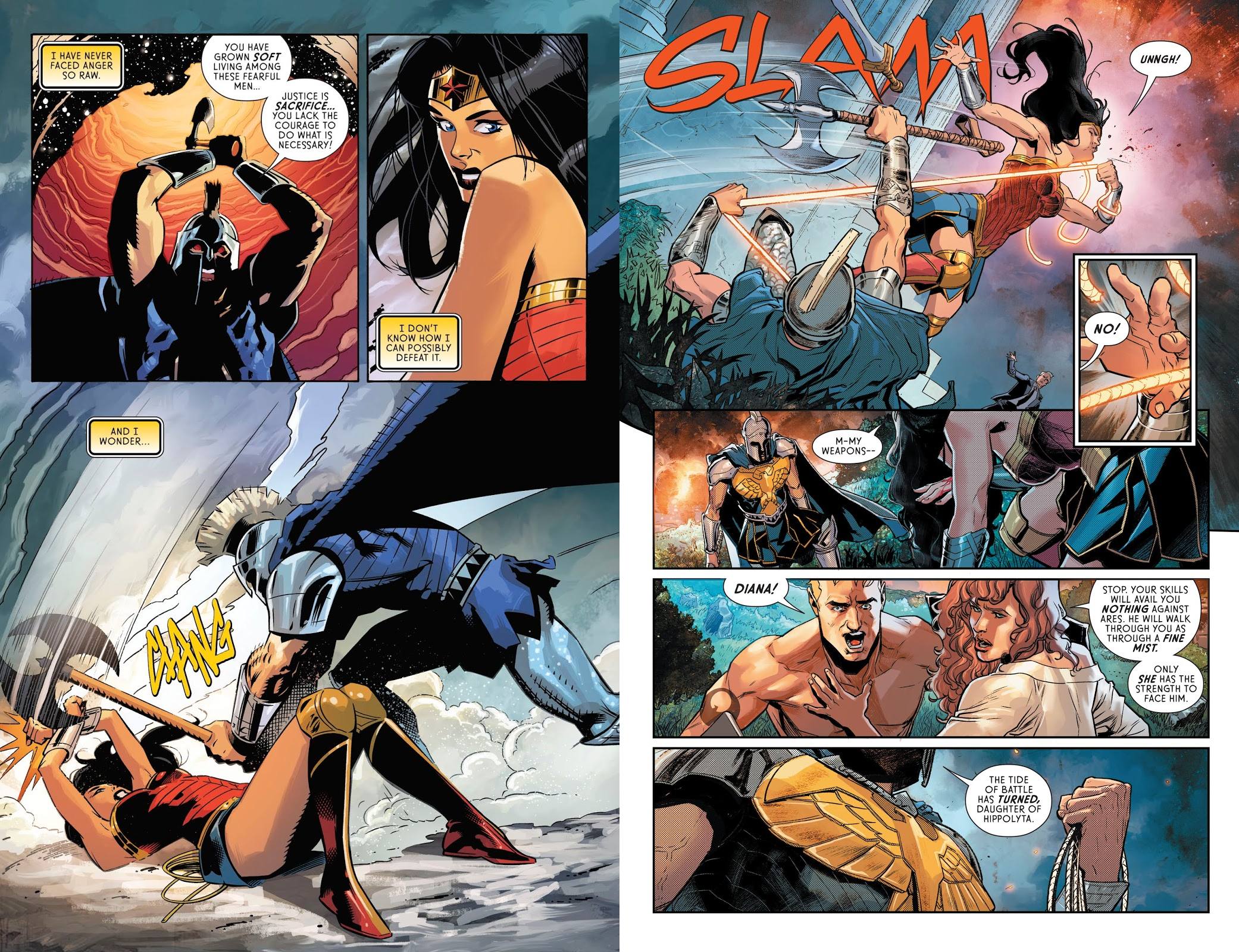 Mythical creatures are manifesting in Durovnia, a fictional state where a warlord fights against state forces perfectly willing to slaughter ethnic majorities living in the country. US forces are involved, and so is a revised manifestation of Ares, God of War. Wonder Woman’s involvement comes via Steve Trevor going missing in action.

G. Willow Wilson came to Wonder Woman with anticipation high, having charmed everyone with Kamala Khan’s adventures as Ms. Marvel. Wonder Woman’s personality and stance offer a different perspective, an ability to take matters more seriously, but Wilson sticks with real world issues. The USA have been involved in many “just” wars since World War II, and as they continue to be involved well into the 21st century, it seems a viable topic to explore from the viewpoint of a super powered woman who despises all war. However, while the idea is introduced, the execution is fudged.

The new incarnation of Ares doesn’t take very long to revert to type, although where Wilson scores is with nuanced reasoning. Just because he’s the villain of the piece doesn’t mean Ares is wrong all the time, but his isn’t an all-encompassing worldview despite his status. While chaos erupts all around her, Wonder Woman attempts to make peace, but will that be possible? Well, Syria was the real world’s closest equivalent to Durovnia when The Just War was produced. Wilson makes the point that there are no easy answers, and people have to talk, no matter what their view, but it’s a six chapter slog rather than a leaner enjoyment.

It seems at first that in clearing up the title plot Wilson has let some characters drift. Their purpose in the main story is slight, a visual distraction and a means of leading Steve Trevor from one place to another, but given a solo outing the mythical creatures are also given personalities, and their adjusting to the USA is a welcome comedy lightness.

That’s drawn by Emanuela Lupacchino, whose art is the most traditionally attractive on offer. Cary Nord (sample art left) provides power and gloom, which is followed by Xermanico (sample right) in much the same style, although with greater rendering. Both supply the figures, but backgrounds are an afterthought. On the final story Jesus Merino is a better fit, if more traditional, and certainly given several gifts for startling images with the way the plot heads.

Wilson introduces a wild card into the Durovia story, and this leads into what will be explored more in Love is a Battlefield, but we have a taster over the final two chapters. These cement that the escape in the opening pages wasn’t just a convenience standard to superhero stories, but something with far more expansive consequences, which will come to define the following two books. One result is a two chapter confrontation where not everything is as it seems due to a formidable enemy in control of someone equally formidable. It’s neatly resolved while the bigger plot continues.

The better content of The Just War is toward the end, which is always desirable in a graphic novel collecting serialised comics as it suggest feet have been found and the best is to come. Most of this, though, is no better than average and sometimes below, only dragged back up by serviceable art. 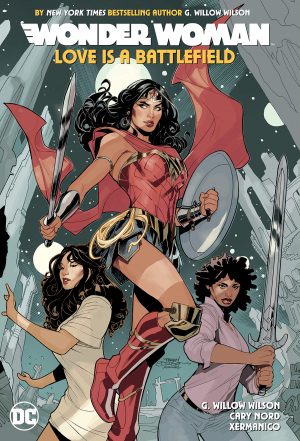 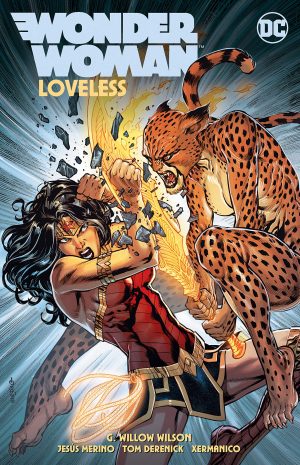