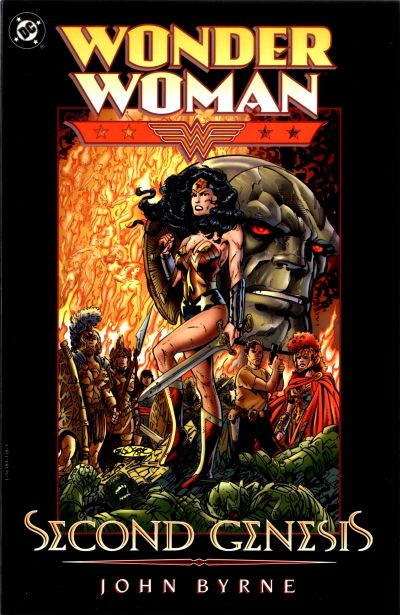 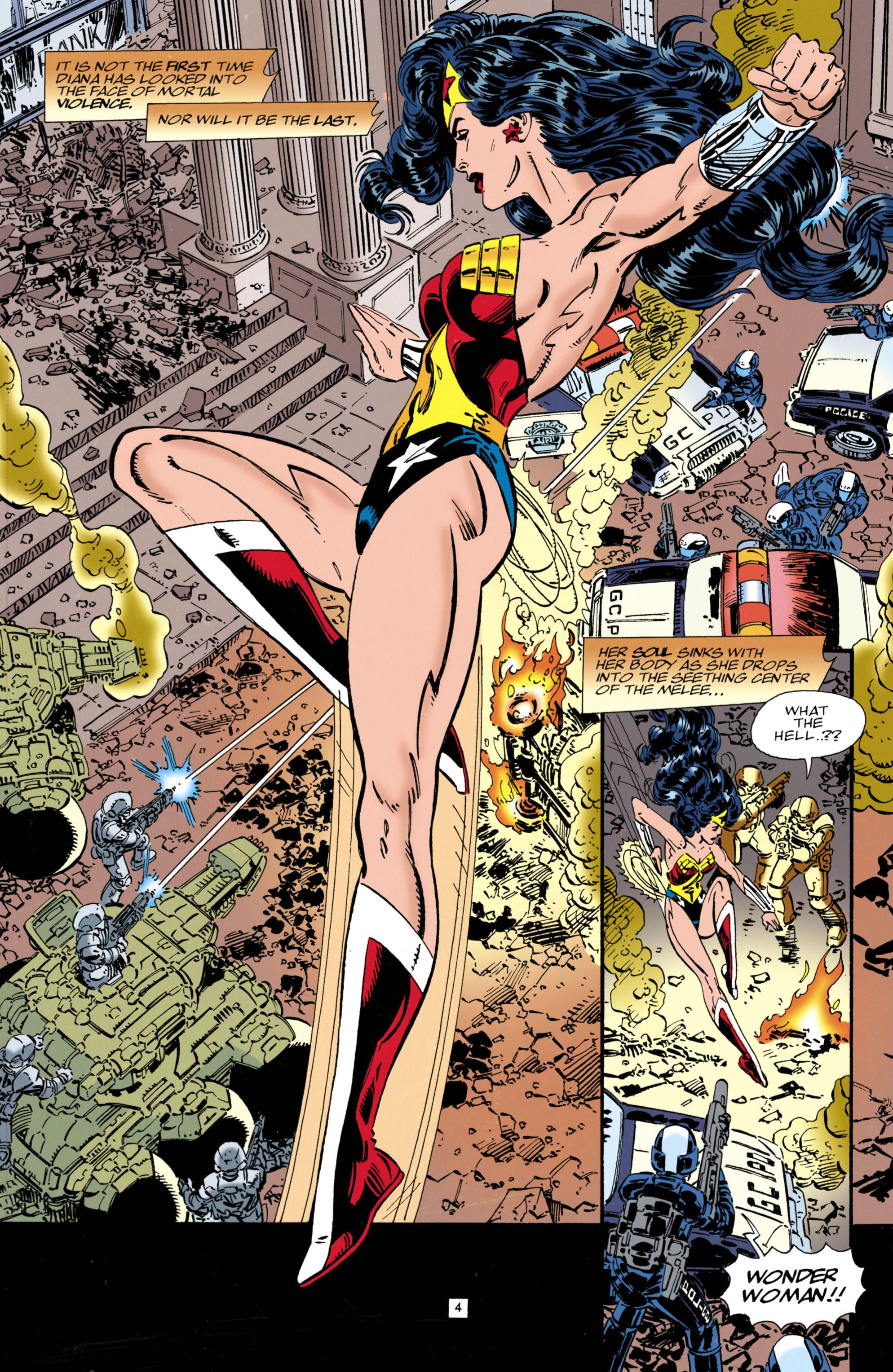 Just under a decade after successfully giving the legend of Superman a modern day re-boot, John Byrne’s three years writing and drawing Wonder Woman were equally divisive. Time has been kind to his Superman revisions, so how does his Wonder Woman hold up? Perhaps the ultimate comment is that even by the late 1990s only this and the following Lifelines were published in book form until almost twenty years later when DC scoured their vaults for books to accompany the 2017 release of the Wonder Woman film.

Byrne’s scripting is very much of the times, attempting to set mood via long descriptive captions that actually say very little. This would be far less noticeable if his plot grabbed the attention. The idea of setting Wonder Woman from old mythology against Darkseid and his minions from from the pages of New Gods is solid, but the controversial aspect of their contact has long since been wiped from continuity. That’s a shame as it may mess with Wonder Woman’s established background, but it’s a tidy piece of stitching. There was also resentment at Byrne moving Wonder Woman from a long established home in Boston to Gateway City. Read in isolation it’s just a new start, but in the greater context it comes across as gratuitous, particularly as the supporting cast Byrne introduces are very similar to those previously used.

Artistically Byrne goes overboard to avoid presenting Wonder Woman in the sleazy sexualised manner emphasised by Mike Deodato, Wonder Woman’s previous artist. Of course, Byrne’s stuck with the costume, but modifies it, presumably not wanting to draw as many stars. His definition Diana is of an almost painfully wiry woman with large breasts, which isn’t an attractive look, but when it comes to action sequences, and these are on a grand scale, the pages take on a seductive power.

Removed from the controversy Byrne engendered when the stories within Second Genesis were originally published, it stands as an average superhero outing, if of its era stylistically. Some ideas are still interesting, but it’s difficult to believe anyone under the age of thirty would pick this up in the present day.

Byrne’s opening tale ran four chapters from start to finish, but for some reason DC packaged it with the opening chapter of the ‘Lifelines’ story that followed. The 2017 release of Wonder Woman by John Byrne Book 1 gathered up this content along with Lifelines and issues not previously available in book form. It gives a better overall picture of Byrne’s run and is more readily available.