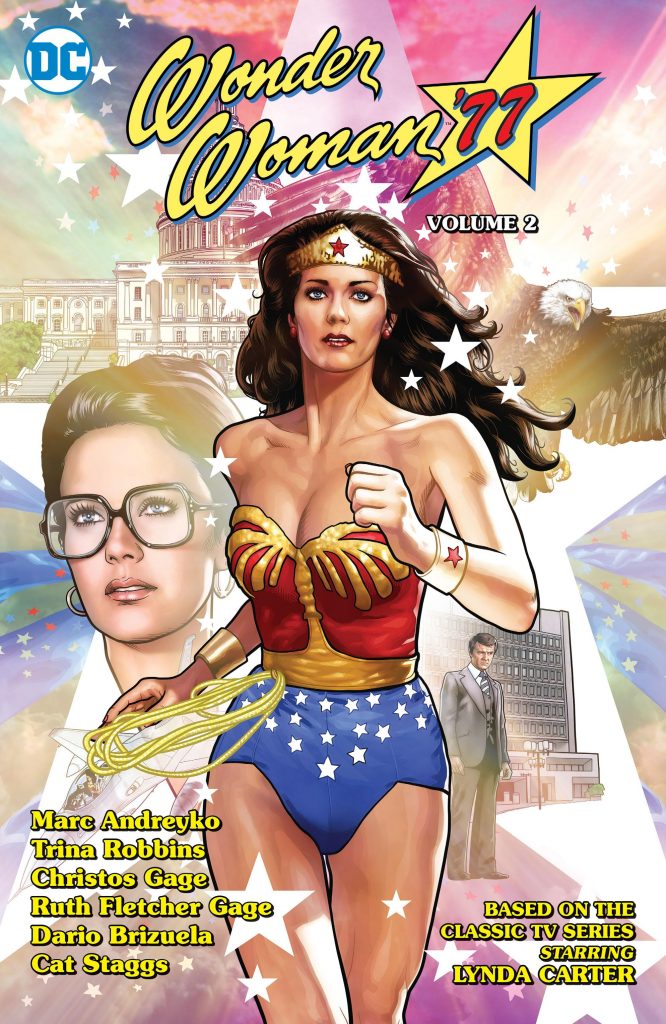 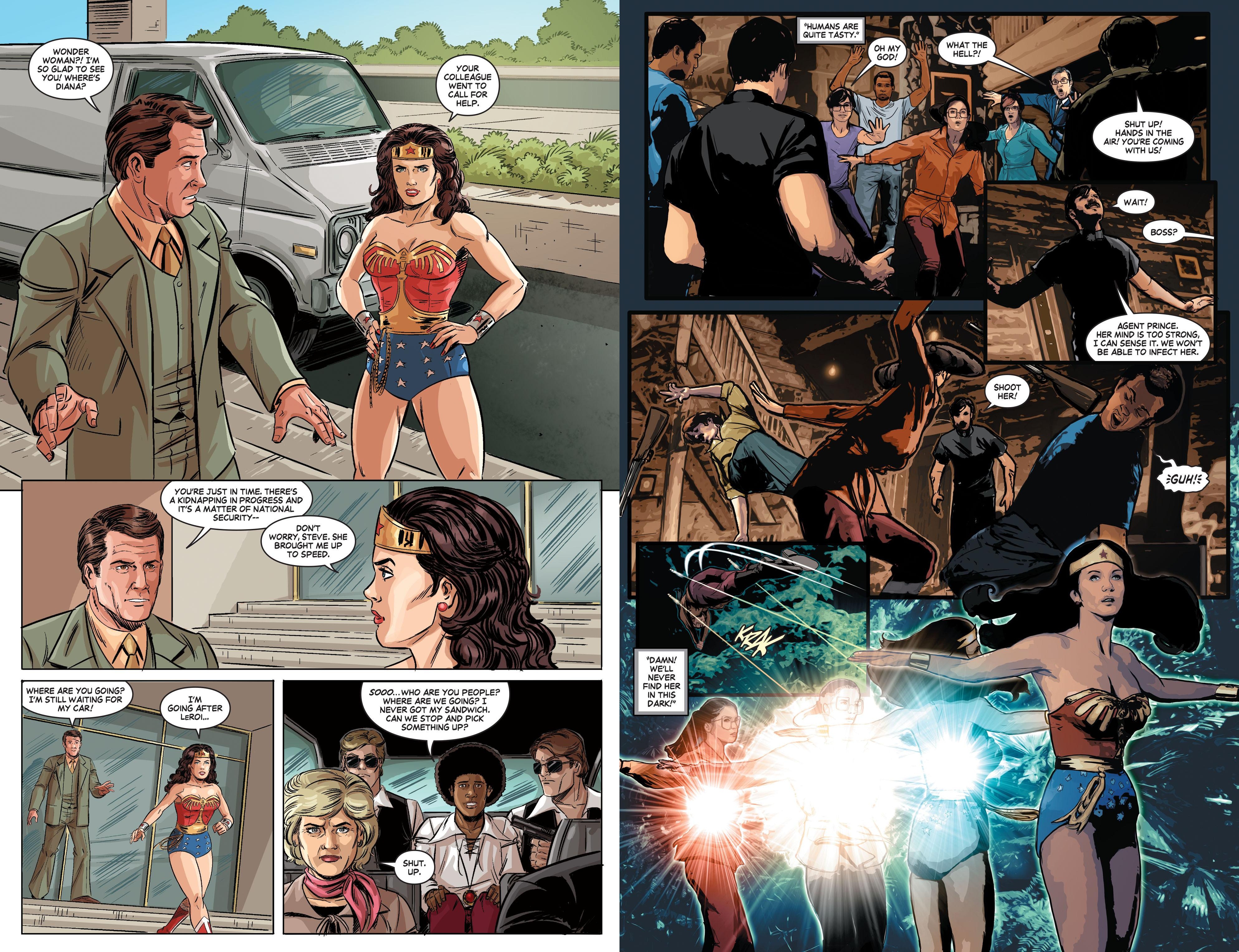 Most of Wonder Woman ‘77 Vol. 1 was written by Marc Andreyko, but scripts are spread far further here, leading to a not always welcome variety. What Andreyko does well is incorporate characters from the wider DC universe into plots consistent with the 1970s Wonder Woman TV show, characters the producers didn’t have the effects budget to handle, such as Clayface. It avoids the often bland tone of the show, although purists may consider it also messes with the integrity of Lynda Carter almost always dealing with human villainy. Perhaps they’ll be satisfied by Andreyko’s second plot, which returns a villain from the TV show, but in a far more visually spectacular manner.

Another approach is that of Christos Gage and Ruth Fletcher Gage with their plot about ivory poaching. It’s truer to the actuality of the TV show, but achieving that means also importing the often cheesy tone, predictability and preaching, making for a lesser read. It also undermines the heartfelt message about ivory poaching by resorting to lectures over the final page. Amy Chu employs a similar atmosphere, but more knowingly supplying a nod and a wink to the audience with her story of two cassette tapes. Amanda Deibert’s plots stand out for featuring Wonder Woman’s alternative costumes, and while both fit the tone of the TV show, her second about aliens exploiting the Cold War is the better, although neither features much in the way of twists or surprises. Trina Robbins looks to the real world problems of the 1970s and gives them a twist, writing about a cult led by a charismatic reverend being investigated by a senator, and a second plot is a bit of a heartbreaker involving cold war politics.

Almost all the artists work in a form of realism, and are strong on likenesses. Tess Fowler takes the furthest step away, her pages more cartooning than figurative, but it works as a change of pace. The concentration on visual reference does lead to some static poses, most evident in the work of Cat Staggs (sample art left). Richard Ortiz on the opening story is excellent, and Christian Duce on the closer very good, but more pages are contributed by Dario Brizuela (sample art right). He also achieves the right balance between ensuring Wonder Woman and Steve Trevor resemble Lynda Carter and Lyle Waggoner, and having them move convincingly.

This collection is certainly true to the TV series, but not as much fun as the opening volume, where more stories were unpredictable, and there was the novelty of seeing costumed villains.