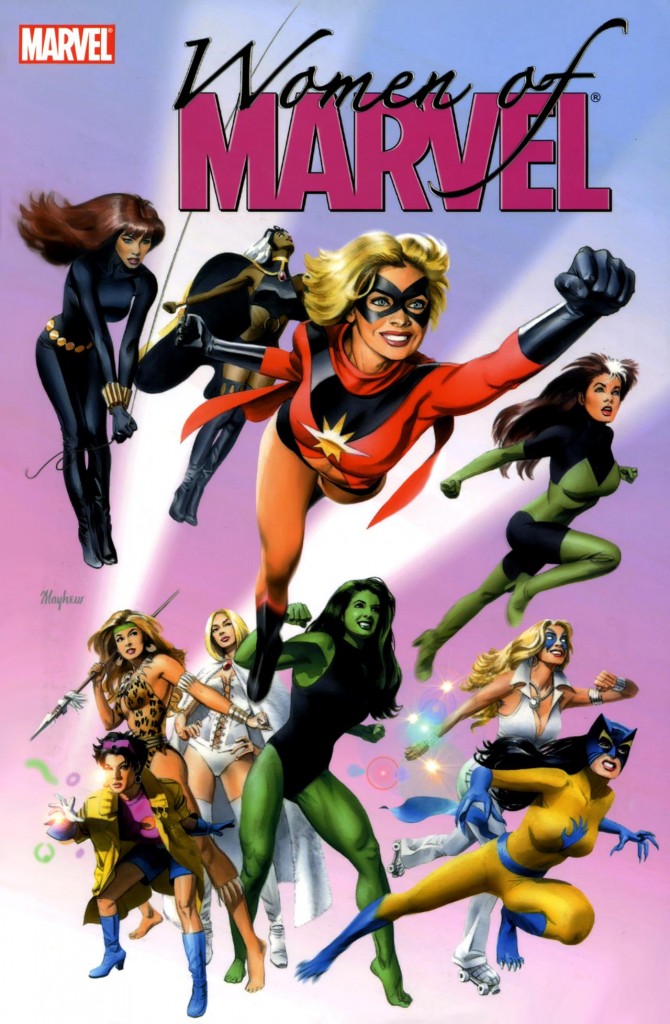 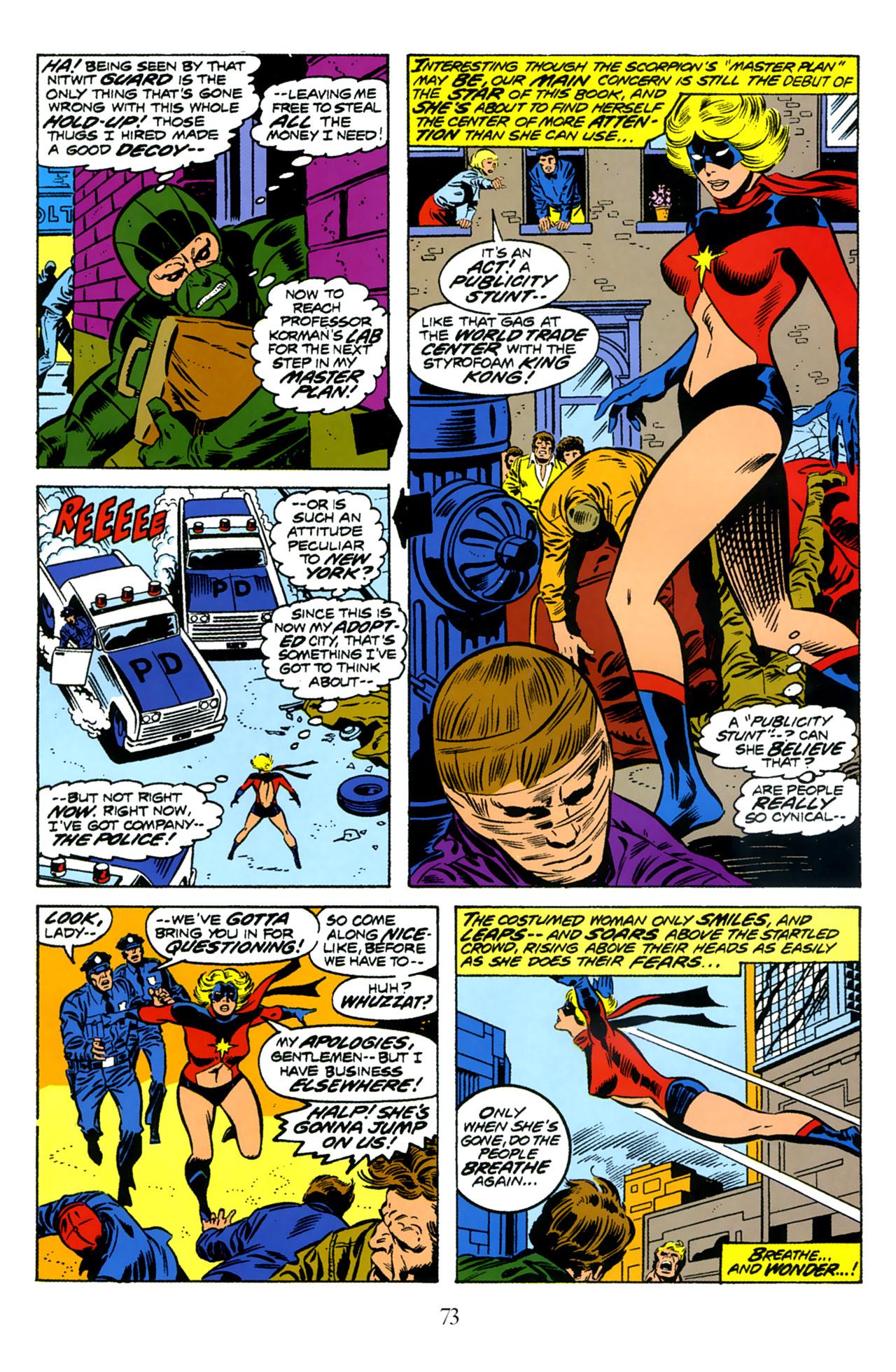 This is one hell of a strange anthology. The title and cover illustration suggest it to be a celebration of Marvel’s proud record of introducing female superheroes, and so encouraging empowerment and diversity. The content displays exactly the opposite. For starters, there are eighteen writers and pencillers listed over ten reprinted comics. It isn’t the case that only a woman can convincingly write or draw a female character, but remove the Cat story by Linda Fite and Marie Severin and we have only one further woman involved, and Carol Seuling shares her writing credit with Steve Gerber.

Moving on to the content, of those ten issues only four are actually from a woman headlining her own series, and of them the Cat and Shanna the She-Devil were both cancelled under half a dozen issues in 1972. Rather oddly, however, Marvel chose not to reprint an issue from She-Hulk’s several runs, but an Avengers story instead. Nor do many of those stories show the women in a particularly positive light. Shanna is in the tradition of lurid jungle heroines dating back to the 1930s, while Ms Marvel, supposedly a beacon of female empowerment in 1977 sees fit to wear a skintight costume revealing her perfect flat stomach with a similar uncovered area at the back, and little boots, but no other covering on her legs. Strange how Captain America’s never adopted that look. Dazzler needs almost half her pages occupied by Spider-Man, the X-Men and the Avengers.

One person emerges from this farrago with credit. Chris Claremont’s writing style may be melodramatic, but he deserves an enormous amount of approval for not only introducing three of the ten cover featured characters, but for defining another in an interesting manner (Storm), and other women besides during his run writing X-Men. Four of those issues are reprinted, becoming steadily more verbose, and the highlight of the entire book is his. Kitty Pryde (missing from the cover) is removed from the X-Men by her parents amid the Hellfire Club switching the minds of Storm and Emma Frost, then still a villain.

Artistically the standard is higher, with John Romitas senior and junior, John Buscema and Jim Sherman the best. Despite the largely lacklustre content this seemingly sold well enough, as a sequel followed in 2007. 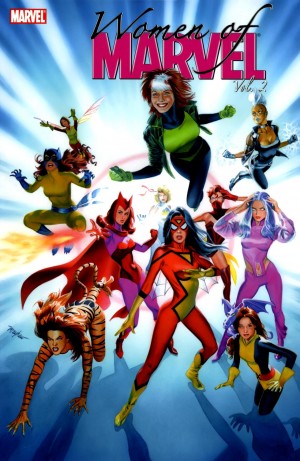