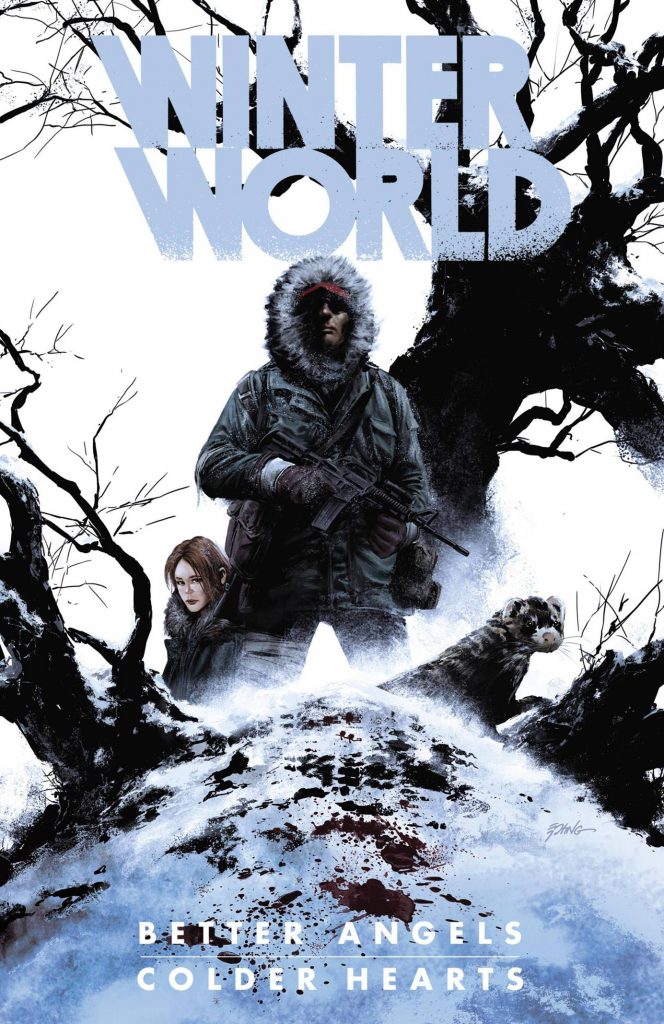 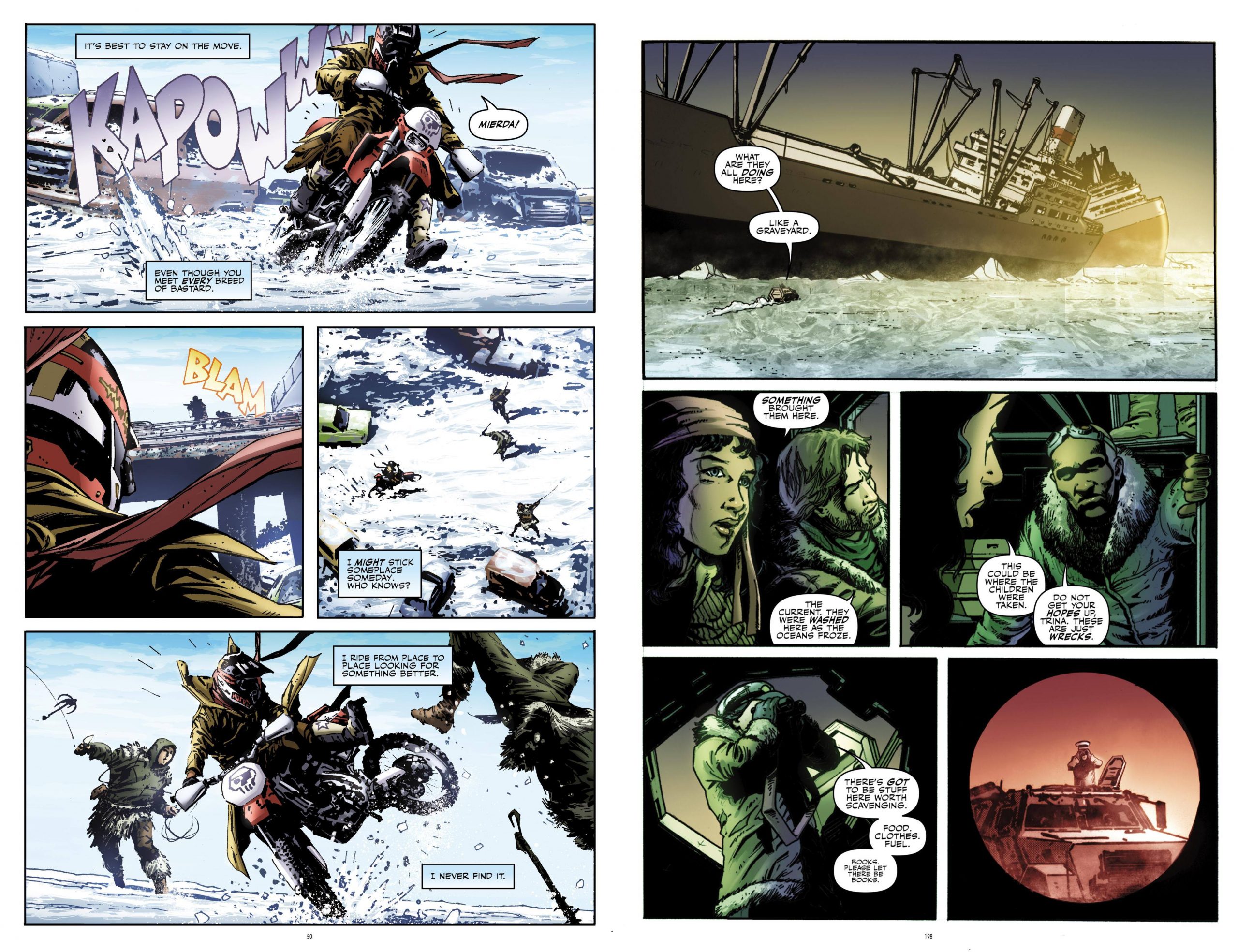 It came as quite the surprise when Chuck Dixon rebooted his action thriller series Winterworld 25 years after the original three chapter series, now collected as plain Winterworld, and as it collects everything since, Better Angels, Colder Hearts is the complete sequel. Scully and Wynn travel around a post-apocalyptic, ice-covered Earth where the remnants of late 20th century civilisation are apparent, but most technology has been forgotten, although vehicles have been adapted to work in conditions of perpetual ice and snow. They’re accompanied by Rah-Rah, a surprisingly savage badger when necessary. No-one alive can remember a time before the cold, and extreme conditions combined with few supplies ensure life is cheap as people take what they can.

Better Angels combines the slimmer paperbacks La Niña with The Stranded, along with sixty pages of ‘Frozen Fleet’, not previously available in book form. Everything follows the action thriller formula that Dixon exploits so well on top form. Butch Guice draws the first segment in his clear and appealing naturalistic style, making the most of the poor weather conditions to create atmosphere, and is detailed with machinery and people. The question asked is what if there was somewhere with better weather?

Tomás Giorello’s dynamism is applied to the second longer story in which Scully and Wynn attempt to retrieve their truck, and Scully is left at a disadvantage when an old threat returns. That’s followed the grit of Tommy Lee Edwards’ art in a shorter piece looking at Wynn’s terrible youth. It’s meant to be grim, and is. For more plot details about the previously printed stories, follow the links.

As with the other Winterworld material, ‘Frozen Fleet’ is very much in the style of European adventure stories. The conditions have been established, so Scully and Wynn travel from one area to another each time encountering a new threat, but hoping somewhere there’s something better. The travelling companions picked up in ‘The Stranded’ remain in the truck, and Giorello (sample right) remains on the art. This time around the source of hope is a beached cruise liner. Will the occupants prove welcoming? Well, based on the folk protecting their own in harsh conditions we’ve met so far, that’s unlikely. Dixon exploits the conditions well for his action scenes, and the desperation well for what prompts them. Wynn’s youth is reinforced, her still optimistic personality countering the doomy pragmatism of the remaining cast, and for once her viewpoint may prevail, Dixon exploiting a misunderstanding well. He sets up everything early, presses the button, and events play out, with some matters a little more dependent on human feeling than in earlier stories.

Unfortunately, after a flurry of activity, there’s been no new Winterworld graphic novels since 2015, and ‘Frozen Fleet’ has a cliffhanger ending. It’s not not resolved in The Mechanic’s Song, the Winterworld novel looking at Scully’s life before he met Wynn.