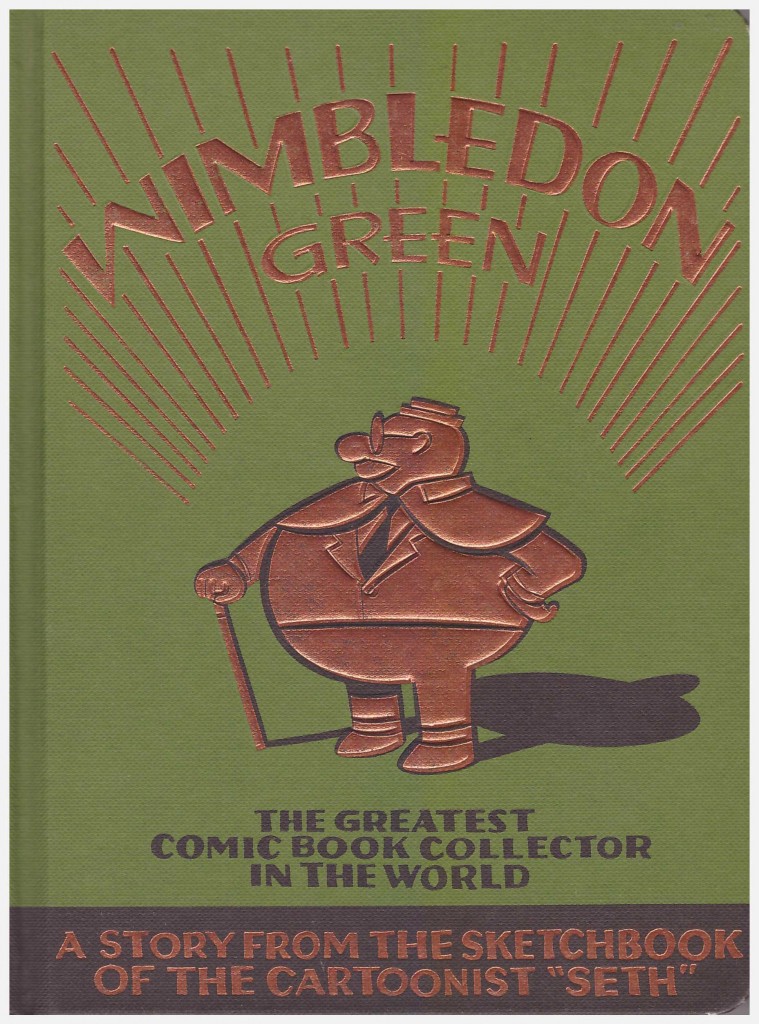 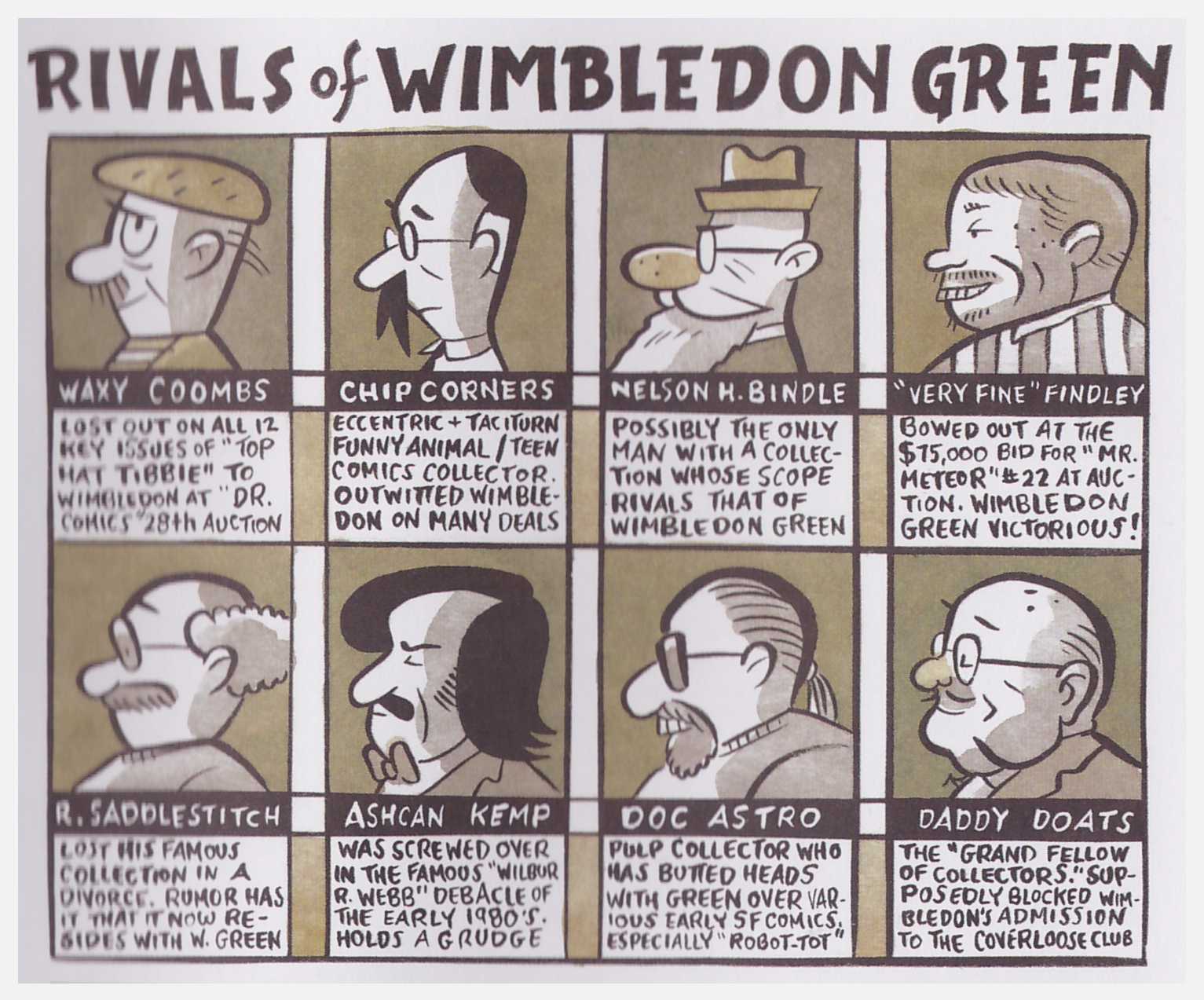 In his introduction Seth considers the creation of this book as wistful desire to return to the comfort of a childhood obsession with comics, noting it as somewhat of a sketchbook purge. Indeed, the cover brands it “a story from the sketchbook”. He completed the material relatively rapidly with no real idea of where the narrative was heading until he reached what’s now the halfway point. He also notes it as a form of textual experimentation in relating a cohesive story via a collection of short pieces.

This is a gentle pastiche of obsession. Comic collectors are the chosen grouping, but it might just as easily be classic car enthusiasts or silver spoon gatherers such are the shared traits. Seth imposes a societal hierarchy on the hobby, mythologising those collectors with vast capital to invest in their indulgence. They pitch against each other, bidding enormous sums for obscurities Seth lovingly fakes complete with one-line notations as to their desirability as if listed in a price guide. Fatsy #7 is the infamous flatulence issue with most copies destroyed, Alimony Comics is described as an ill-advised romance comic, and Be a Man #1 as “strangely homoerotic”.

Wimbledon Green is considered the collector of note, consciously conveying the appearance and pomposity of a bygone age, perhaps a Charles Pooter or the un-named husband of the Eliza Stories. He projects refinement, but apart from the centrepiece and conclusion he’s predominantly imparted via the opinions of others, and they gradually erode the edges. That central section hinges on the search for a rare comic, with Wimbledon plotting to head off his rivals, but suffering misfortune that actually plays into his hands. It’s a funny combination of spy fiction and detective mystery.

The mythology established is first class. We learn of embittered collectors, the legendary goldmine of Wilbur R. Webb, the speculation as to Wimbledon Green’s past, and how one collector almost bankrupted himself searching for a comic presumed not to exist. The finest sequence has Wimbledon explain the virtues of his favourite comic, Fine & Dandy. Seth constructs an utterly credible ramble through assorted issues and plots of this non-existent comic.

Seth’s very harsh on himself in both introduction and the narrative itself, where his self-caricature is labelled as “both self-aggrandizing and self-pitying”. This is echoed in the introduction where he laments the quality of his art, but chose to publish it anyway. We can be thankful for this given Seth’s limited output over the years. Much of his work can be over-constructed, but this liberation is a joyous flow. The art he considers faulty has his customary elegant craftsmanship and the looseness is actually expressive and exuberant. An extra little joke is the colour overlays exclusively in gold, silver and bronze, the shades representing the eras by which collectors classify their comics.

Drawn & Quarterly have to be commended for permitting Seth his beautiful production. The gold embossing on the dark green cover, the rounded corners, and the endpapers featuring sequences from comics mentioned inside make for a glorious book. You’ll want to stroke it as well as read it.