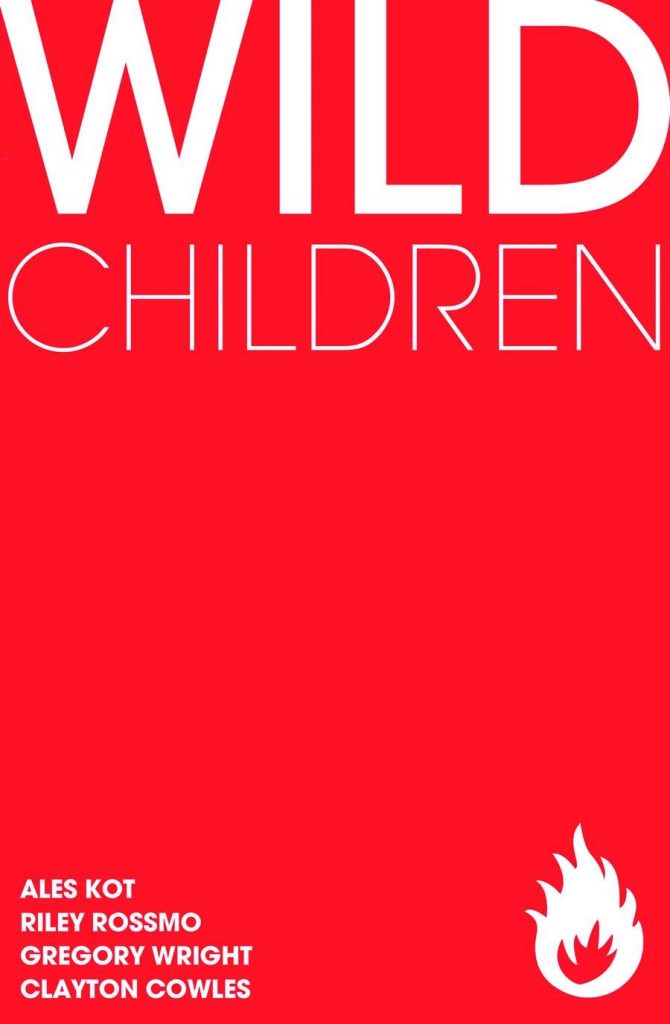 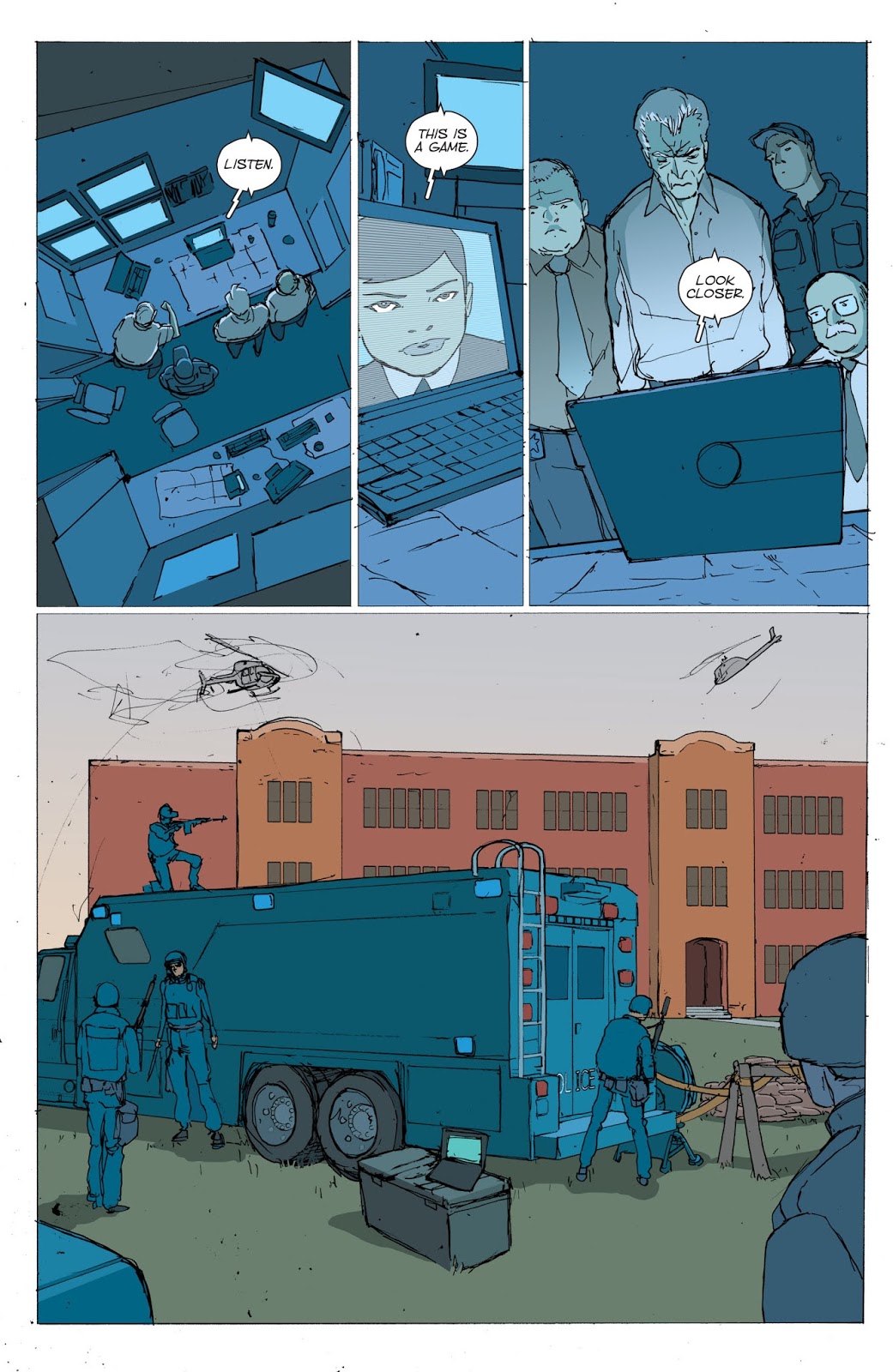 Four teenagers take four teachers hostage in a school, dosing them with acid. A camera is set up to live stream what happens next. The results are polarising. Aleš Kot and Riley Rossmo create a disconnected cross-cultural stew, Kot throwing out buzzwords and self-referential dialogue masquerading as enlightenment, speaking through the cast at the audience. More accurately, Kot is haranguing readers. You’ve spent your $8, he’s got your attention and he’s going to give you what for. We’re all blind, never pausing to think, yet if we did we could access the insight between the gutters, and so on. Rossmo is a little more impressive, deliberately dull and sparse to begin with so that when the colour manifests it really kicks in, the effect designed to mimic the acid hit.

All too often sieges are ended by the authorities going in mob-handed in flak jackets perfectly willing to sacrifice some random lives to save others. Watching the prelude to such incidents on news footage, an entirely appropriate reaction is to hope all lives can be saved. Here you’ll be so sick of Kot’s sanctimonious and hectoring attitude that you’ll be frustrated that the thugs in flak jackets don’t barge in sooner. When toward the end of the story Kot’s getting his excuses in early by admitting nothing makes any sense and it’s up to you to decide what it means, anyone not reading this stoned and revelling in the pretty colours will surely not be able to restrain a groan of frustration at the recycled bullshit.

You know what? It’s up to you to decide what anything means, and if you need Wild Children to tell you that you’ve been limiting your inputs.