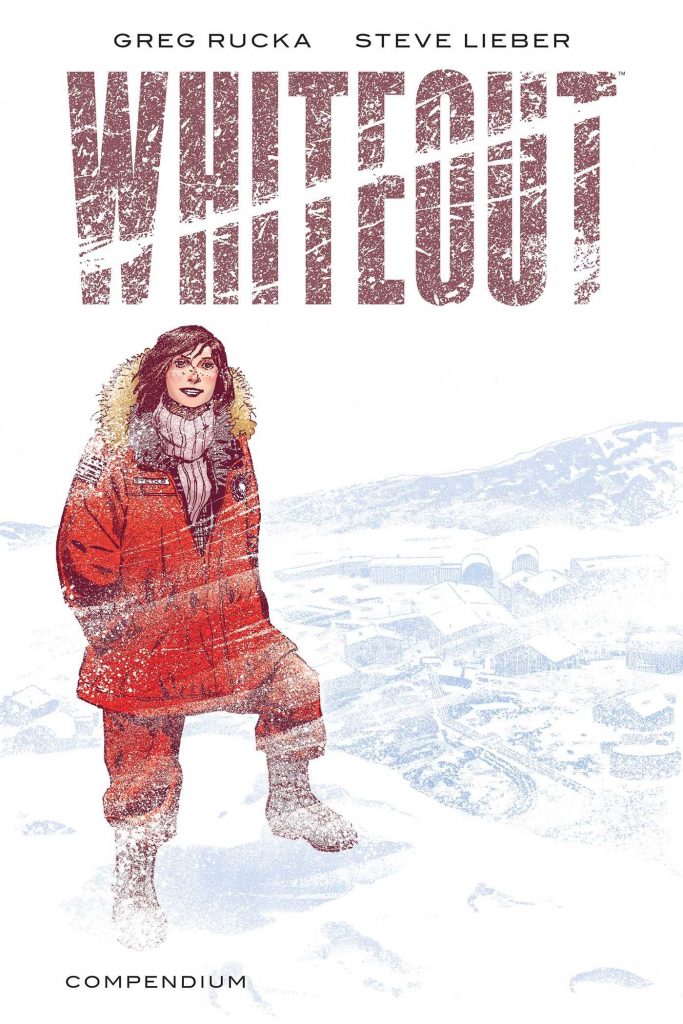 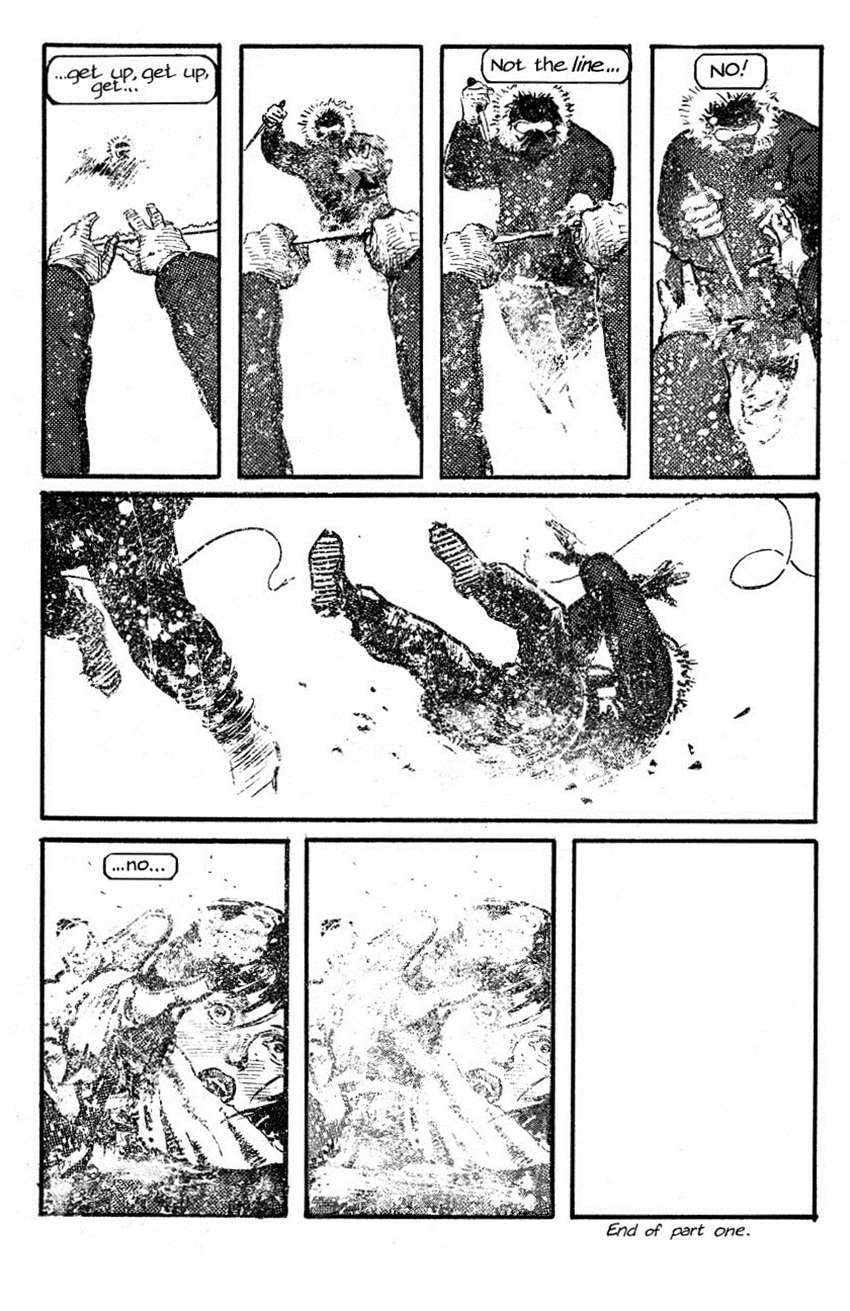 Greg Rucka’s long and distinguished comics writing career began with Whiteout, and hindsight certainly makes him seem the right man in the right place at the right time, although there was surely nothing like that feeling back in 1999. Then he was a crime novelist taking a step into the unknown territory of comics. He was fortunate both to hook up with a new company in Oni Press, wanting to explore less traditional forms of comics for the USA, and that there was an untapped appetite for crime material waiting to be exploited. Lt Carrie Stetko from the U.S. Marshall’s office became the first of Rucka’s strong and capable women carrying a neatly plotted crime story.

She’s shipped into a unique location. In Antarctica the temperature never rises to freezing, snow blizzards can last days at a time, it’s either perpetual daylight or perpetual darkness, and the natural geography can prove fatal for the unwary. By international treaty no development of Antarctica is permitted, so the only human habitations are supposed to be research stations. Rucka makes fantastic use of this lethal and beautiful environment, as does artist Steve Lieber, whose art has echoes of stylish and timeless 1950s newspaper adventure strips. He excels by delivering variety to an impressive landscape when less diligent artists would have used white backgrounds to save themselves work. Lieber fills those backgrounds with vehicles, housing, and most importantly the impressive climate changes.

In what was originally published as Whiteout and its sequel, Melt, Stetko first investigates a series of mysterious deaths in Antarctica, and her experience then makes her the ideal candidate to look into the disappearance of a complete Russian research station. Rucka doesn’t really conceal the culprits in either case, although there is some guesswork available for the reader. Instead the concentration is on Stetko diligently following the clues and putting things together, in the first story largely within the few Antarctic facilities, and in the second having to brave the elements fully. Both are personality rich, page turning reads, although some of the tension is drawn from the first story by the knowledge of a second.

It might be asked why an appealing character like Stetko was restricted to the two stories republished here. Certainly she’s very much associated with the Antarctic environment, and that provides limited storytelling opportunities, but she was transferred there, more used to cases in mainland USA. Rucka has since introduced equally well developed women protagonists over several other series, but Whiteout has lost none of its appeal since 1999, and if you’re a Rucka fan who’s previously missed out, you should rectify that now. You might also want to check the 2009 filmed version starring Kate Beckinsale.