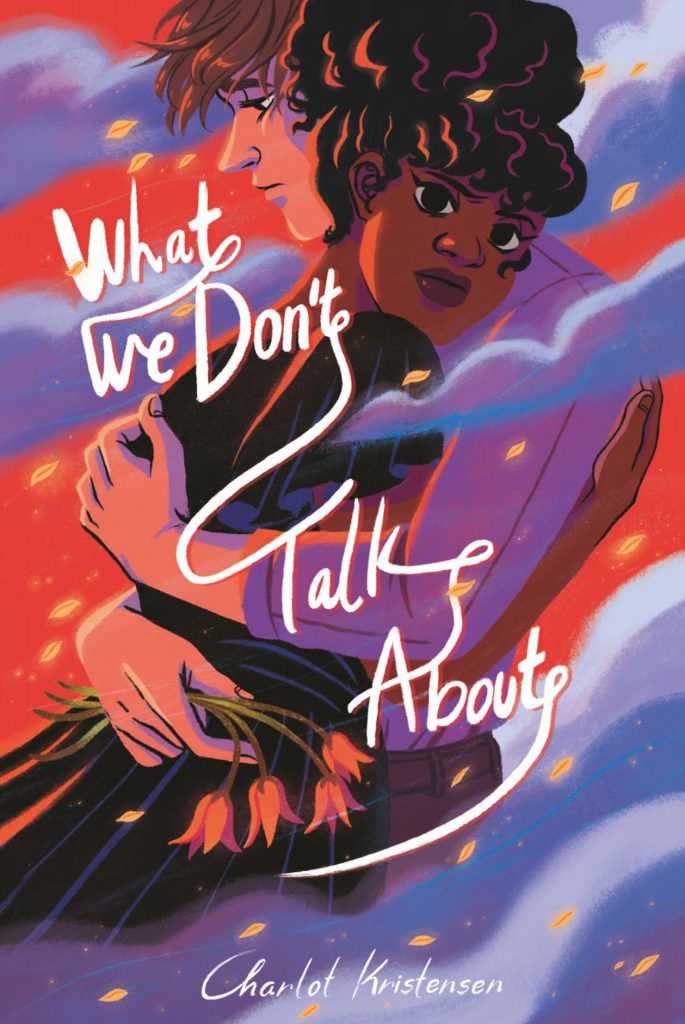 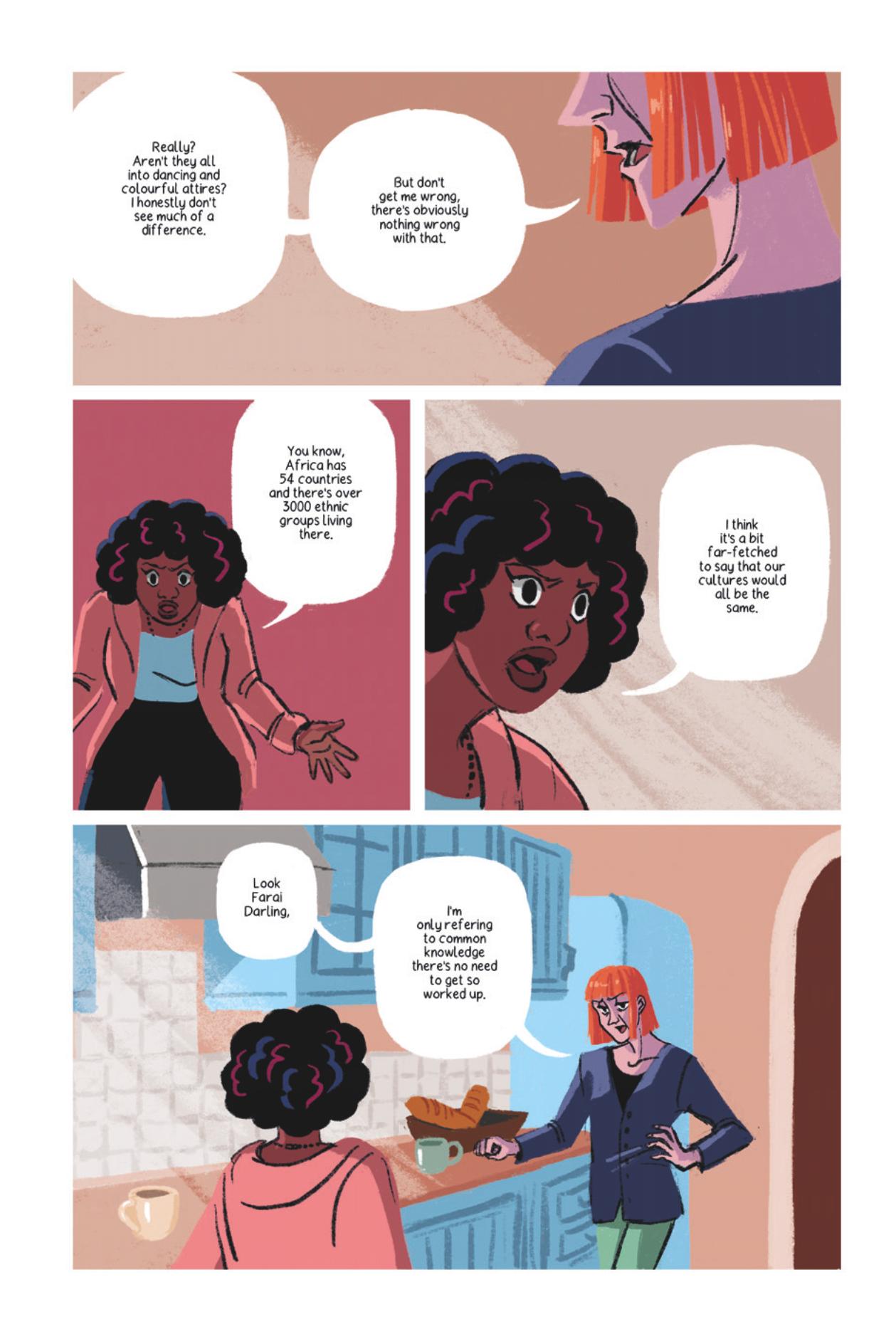 There is plenty wrong with the world, but most of it could probably be sorted if people got together and discussed things rationally and honestly. Some individuals, however, don’t want to change positions or even agree there’s a problem at all. What We Don’t Talk About isn’t for them.

Dublin based artist Charlot Kristensen graduated from Middlesex University in 2015 with a degree in Illustration and her visual and narrative gifts are superbly highlighted in this vibrant examination of an interracial relationship in crisis. Kristensen is of Afro-Danish descent and clearly knows what she’s talking about and how best to depict it.

Painted in lavish and mood-setting colours, What We Don’t Talk About focuses on an idyllic modern romance as artist Farai accompanies her white boyfriend Adam to Lake Windemere to finally meet his parents. They’ve been lovers for two years, ever since University, but her beautiful gentle musician is uncharacteristically nervous – even short-tempered – as the journey begins. Farai almost regrets the trip, even though she’s been pushing for it from the start. Her nerves and his tension dissipate on the journey, but are immediately revived when she meets Charles and Martha. The look on their faces and the tone of the greeting tell Farai an old story. In frosty diffidence, the social amenities are followed, but it’s not just a barely suppressed attitude of polite condescension Farai experiences. Martha’s blunt opinions extend to all aspects of her son’s life. Although she clearly opposes Adam’s choice of career, after meeting the girlfriend, Mother now has a new problem to gnaw at.

As the weekend progresses, Martha’s sneering, passive aggressive comments go from dismissive to openly hostile: mocking Farai’s clothes and denigrating the achievements of her Zimbabwean parents (a doctor and engineer). It soon transpires that many others fail Martha’s tests of decency and acceptable standards. And Adam? He’s loving and conciliatory, but ultimately weak in avoiding the issue. He knows what his mum says is objectionable, offensive and just plain wrong, but can’t bring himself to say anything or rebuke his parents. He tries to divert conversations rather than defend Farai, even employing the “just a joke defence” at a distressing family dinner. He doesn’t seem to believe their attitude is unacceptable or that it even matters. Farai’s seen it all before. This is a love story that cannot possibly end well.

Comics have long had an admirable record in addressing issues of bigotry and racial injustice, and this powerful graphic drama takes that to the next level with wonderful empathy, and through the eyes of someone who’s sadly all too often “been there, done that”. Like a modern-day Guess Who’s Coming to Dinner, this forensically picks open the sores underlying much of modern society’s attempts to integrate and assimilate long-entrenched attitudes. It reveals not just how far we’ve all come, but how far we still have to go.

That the ignorance and intolerance still daily endured by so many today is perpetually ignored, diminished and dismissed by those in charge is very effectively shown as in this unforgettable vignette. Luxuriant colours and a welcoming cartoon style act to subversively and devastatingly prove that prejudice doesn’t lurk in dark corners any more, but instead proudly rears its objectionable head everywhere it can. That just means we can – and should – slap it down more forcefully and decisively.