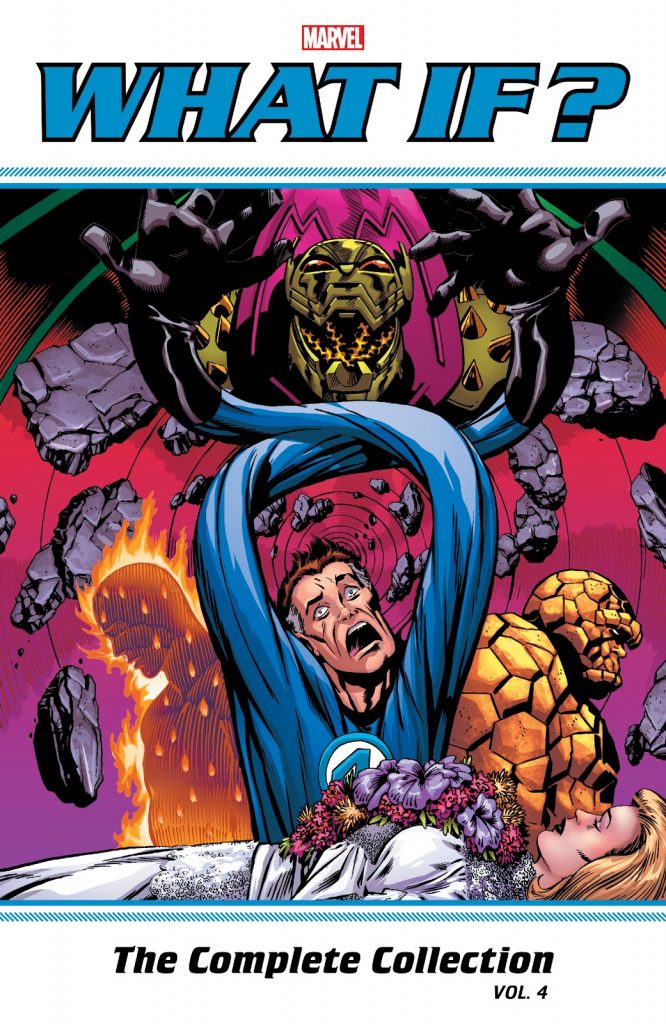 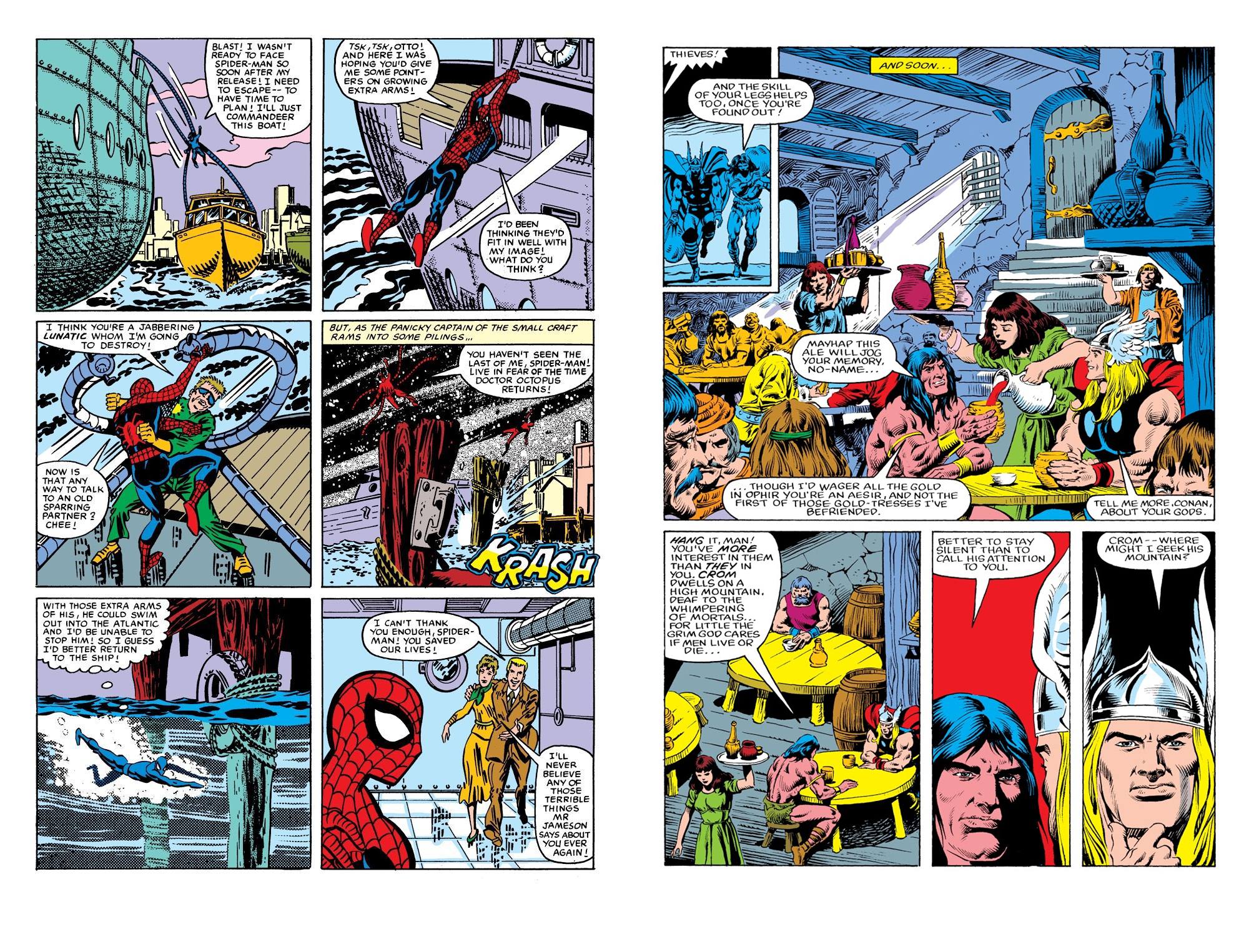 This fourth bulky paperback concludes the reprinting of Marvel’s original What If? series, scoring over the previous thinner What If? Classic compilations by including two stories featuring Conan the Barbarian absent from those volumes.

In the first of them Thor stumbles through a mystical gateway into Cimmeria, his memory removed, and joins Conan for some wanderings. Under Alan Zelenetz and Ron Wilson one quest leads into another, and while the respectful bonding is interesting at first, it meanders. A better story might have considered what if Conan had discovered Thor’s hammer. The other Conan tale is a sequel to his appearance in the 20th century as seen in Vol. 2. However, instead of Roy Thomas and John Buscema, it’s by Peter B. Gillis and Bob Hall. They keep him in the 20th century, gradually learning to speak English and adapting to his surroundings, and we have the ludicrous sight of Conan in pimp gear circa 1983, accessorising with a leopard, before channelling The Warriors. Thankfully, by halfway Gillis gets his act together and provides something interesting, but this falls well short of Conan’s first 20th century story.

Gillis writes around two-thirds of this selection, and he’s very patchy. There are good moments in the tragedy of Susan Richards dying during childbirth, but surrounded by maudlin melodrama and a seemingly endless eulogy. Gillis is at his best with the distinctly unpromising suggestion of Captain America being revived in the 1980s, not the 1960s. What hits the spot is Gillis extemporising on how American society might have developed in the Marvel universe without Cap. He wasn’t there to unite the Avengers, and a very different Captain America turns up instead. The flag waving about freedom is laid on too strongly by the end, but this holds the attention to the end when too many others don’t. On several occasions Gillis includes rapid or unlikely endings or doesn’t provide enough plot for stories that can extend to forty pages.

What is a considerable improvement over earlier volumes is Marvel finding capable new artists who’ll last the course. Jackson Guice, Kelley Jones and Marc Silvestri feature, their styles all different from the artists they’d become, and two are drawn by Ron Frenz. His chameleon like qualities are already evident, supplying the Fantastic Four almost like Jack Kirby (helped by Joe Sinnott inking) and Spider-Man like Steve Ditko. A Kirby influence is seen in Ron Wilson’s pages as well (sample right). There’s also the rarely seen, but always interesting Alan Weiss both writing and drawing a story about the Beast continuing to mutate, which has a neat ending.

Overall, though, while better than the content of earlier volumes, there’s just not enough inspiration here, even from better known creators. Revived again at the tail end of the 1980s, Marvel have reworked the What If? premise ever since, but the results have always been patchy.