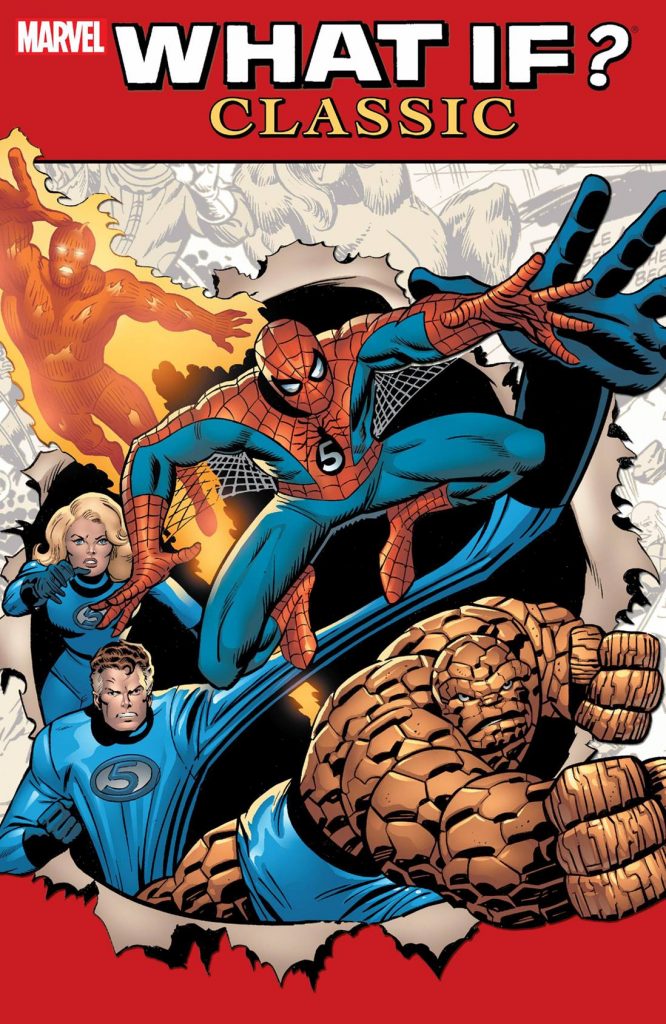 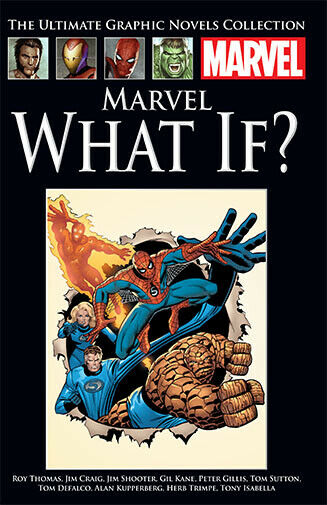 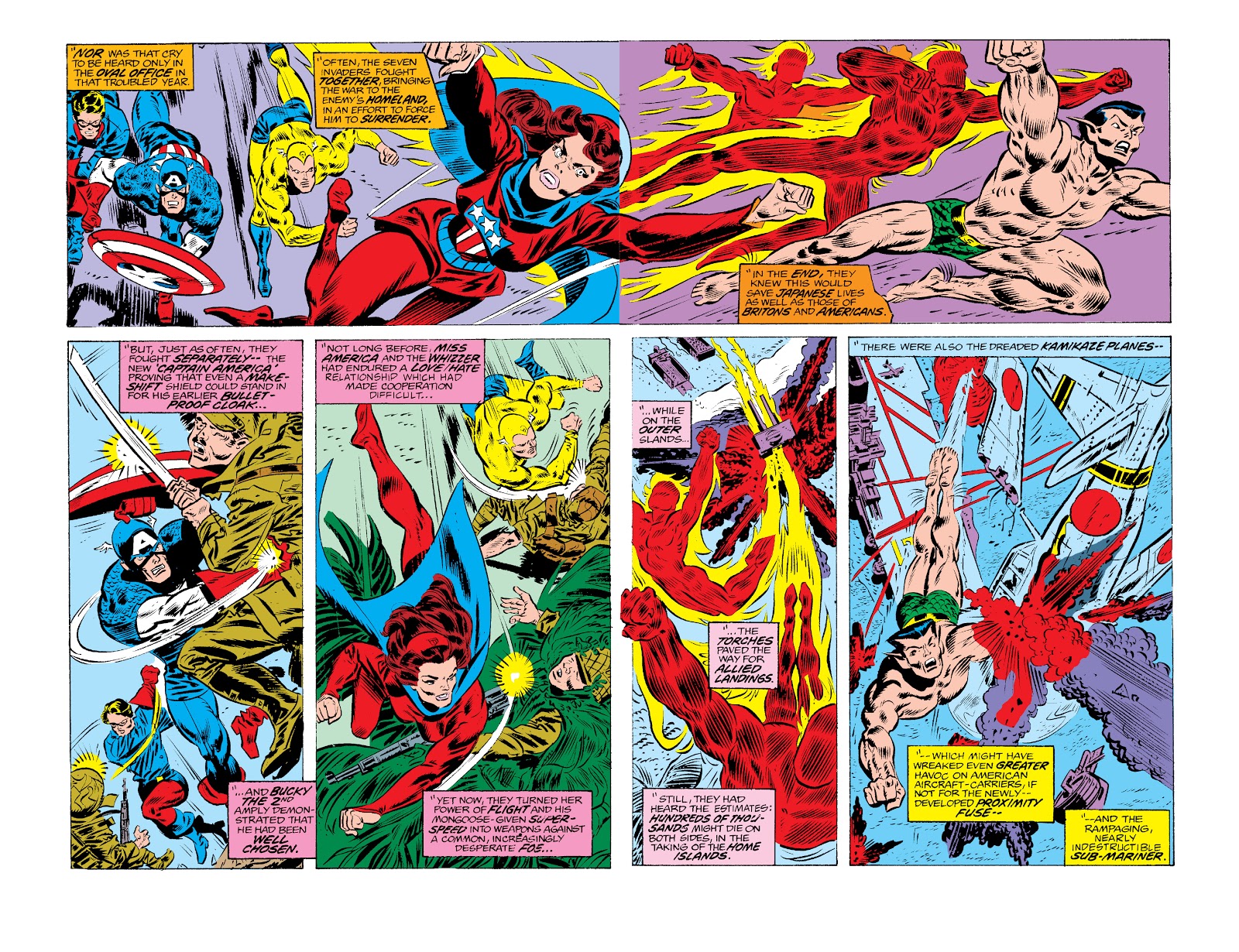 Conceived by Marvel editor Roy Thomas and introduced in 1977, in theory at least What If? is a neat extension of the Marvel mythology. It presumes an audience familiar with Marvel’s history, and interested in reading divergent versions, how that history might have played out with one change. Thomas’ opening story twists a pivotal moment in Spider-Man’s early career when he approached the Fantastic Four asking to join them, but was knocked back. Suppose instead they’d welcomed him, how would their stories have played out from that point? The answer is that Spider-Man’s earliest enemies are dealt with in short shrift with the Fantastic Four along, but the FF’s history becomes very different.

Half a dozen stories feature, and they’ve not dated well, although it’s a nice idea that they’re narrated by Marvel’s all purpose alien voyeur the Watcher, who, it’s explained can also see into alternate universes. Years before Peter David built several years of continuity around the idea of the Hulk retaining Bruce Banner’s intellect, Thomas and Herb Trimpe take a different stomp through the Hulk’s history, also pre-empting Onslaught. One difference to continuity is that the Avengers are never formed, an idea investigated by Jim Shooter and Gil Kane in the next story, with Kane co-plotting. It’s not the treat you might expect. Still, at least it’s more entertaining than Don Glut and George Tuska’s examination of what would happen had Captain America not been frozen in ice after World War II. Less reliant on tinkering with the past is Thomas reconfiguring the Fantastic Four with different super powers. Marvel at a flying Ben Grimm with dragon wings, a metal Johnny Storm, a stretchy Sue Storm, and the real bizarre touch of Reed Richards reduced to a pulsing telepathic brain. It has a smart ending, but getting there is a chore.

A major reason for that is Marvel’s top of the line artists being allocated to their bestsellers at the time, and unable to add the 32 pages of What If? to their schedules. It means the stories are either treated as tryouts for newer artists (Jim Craig, Rick Hoberg), or dashed off very quickly by the better known names. Worse still, using events from older comics invites comparison with those artists, largely Steve Ditko and Jack Kirby, and the result is lifeless copies.

However, while largely disappointing, there is one still enjoyable offering. Thomas and Frank Robbins investigate the idea of World War II super team the Invaders continuing their partnership after the war ends. Thomas, who also guided The Invaders, wrote the story as canonical to tie up a continuity glitch, so it explains why there was still a Captain America in comics after World War II when later history had him dying as the war ended in Europe. It’s a neat idea, history buff Thomas features Jack Kennedy, and while the children of the 1970s may not have all liked his style, adults can appreciate Robbins’ quirky dynamism and kinetic action. He’s way removed from the standard figurative art filling Marvel titles of the 1970s.

This collection was later combined with Vol. 2 as the first volume of What If?: The Complete Classic Collection, and with What If? starting a run as an animated series these stories start off the Omnibus sized What If?: The Original Marvel Series. It’s also available in hardback as part of the Ultimate Graphic Novel Collection. 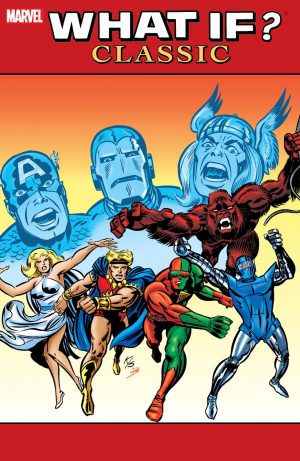 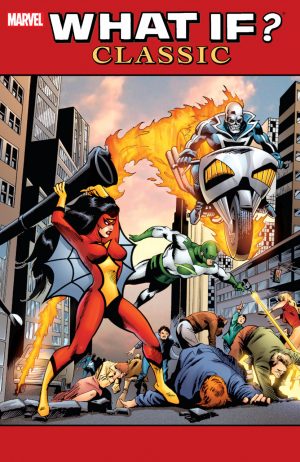 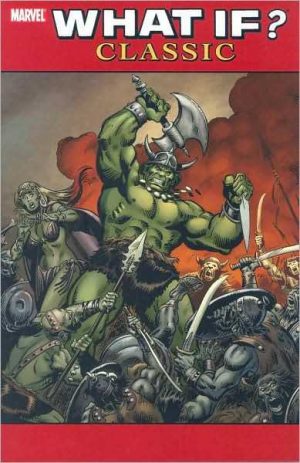 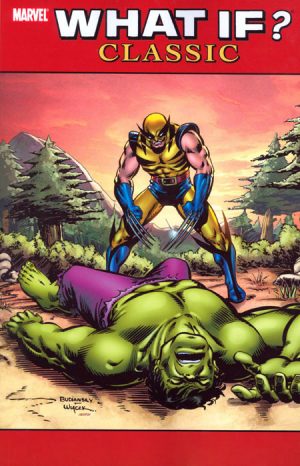