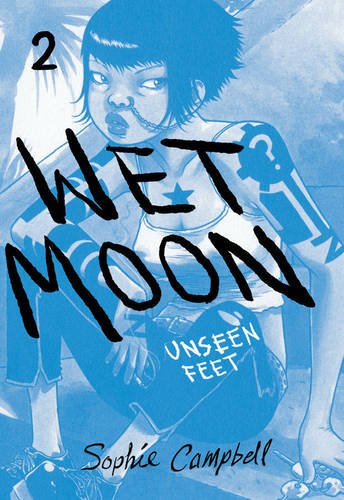 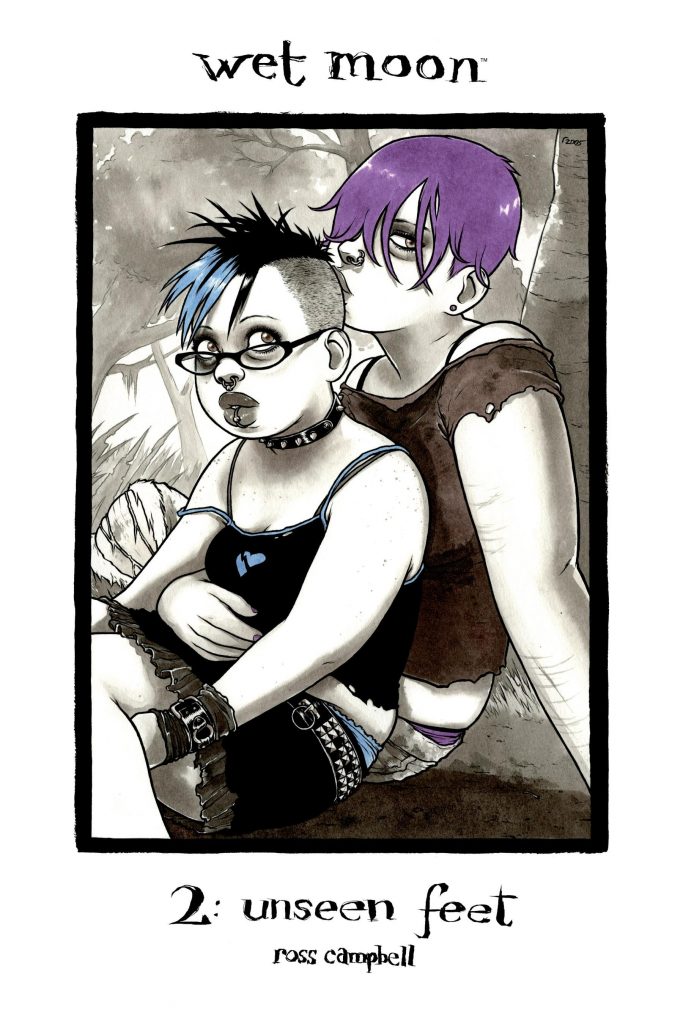 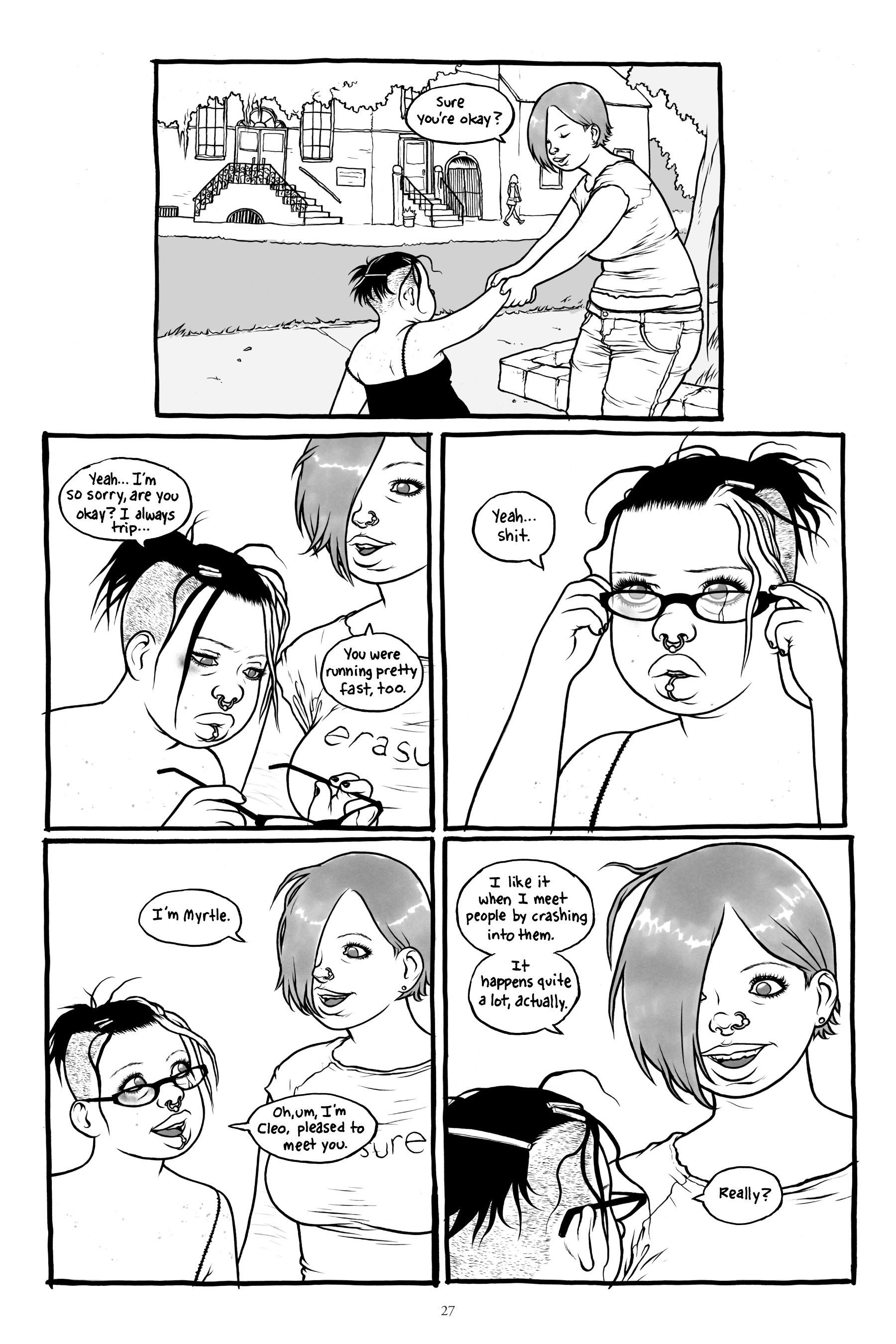 A large cast was introduced in Feeble Wandering, and it expands further in Unseen Feet, in which characters previously introduced seemingly with no purpose other than reflecting the leads of this ensemble also begin to entwine. The major focus is still Cleo, with two new room mates and a set of friends with complex issues, but stepping far further into the spotlight is Myrtle, who’s instantly engaging. She’s awkward, prone to both accidents and foot in mouth disease, but coupled with a guileless honesty it makes her very appealing, and from Cleo bumping into her a friendship develops.

Sophie Campbell has an enviable light touch when it comes to building the personalities of her cast via conversations, and there’s a notable progress in storytelling confidence, displayed by the more refined sense of pacing. It features no largely pointless silent sequences reinforcing a mood as seen in the opening volume. 25 pages of Unseen Feet are a powerful conversation between Cleo and Myrtle that’s cleverly conceived, covering a lot of ground with shared intimacies, but written in a completely natural manner. Another great aspect is how Campbell’s mysteries are small, but compelling. Who’s leaving notes around town reading ‘Cleo Eats It’? And who’s leaving roses outside her door. The latter is speculation nailed in the sections of Cleo’s diary punctuating the story, these written by Jessica Calderwood, and equally insightful.

Not everything works. An interlude into Trilby’s enthusiastic, but deliberately wretched horror comic has a purpose, but do we really need four pages of mediocrity to make the point? It’s only four pages, though, and the remainder is very well judged. You come to know the cast, and you want to know them because they’re so three dimensional. Just like your friends, they all have annoying aspects along with the characteristics that make you love them. Throw in Campbell’s fantastically expressive art, and anyone who’s interested in character based, day to day drama should take a look at Wet Moon. It continues with Further Realms of Fright.