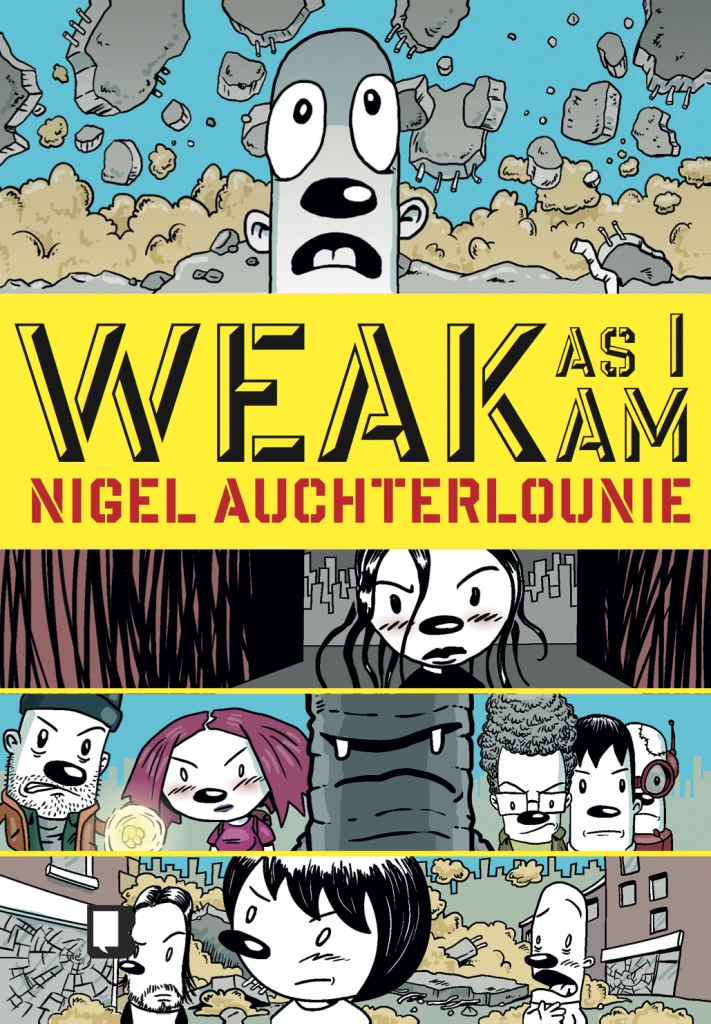 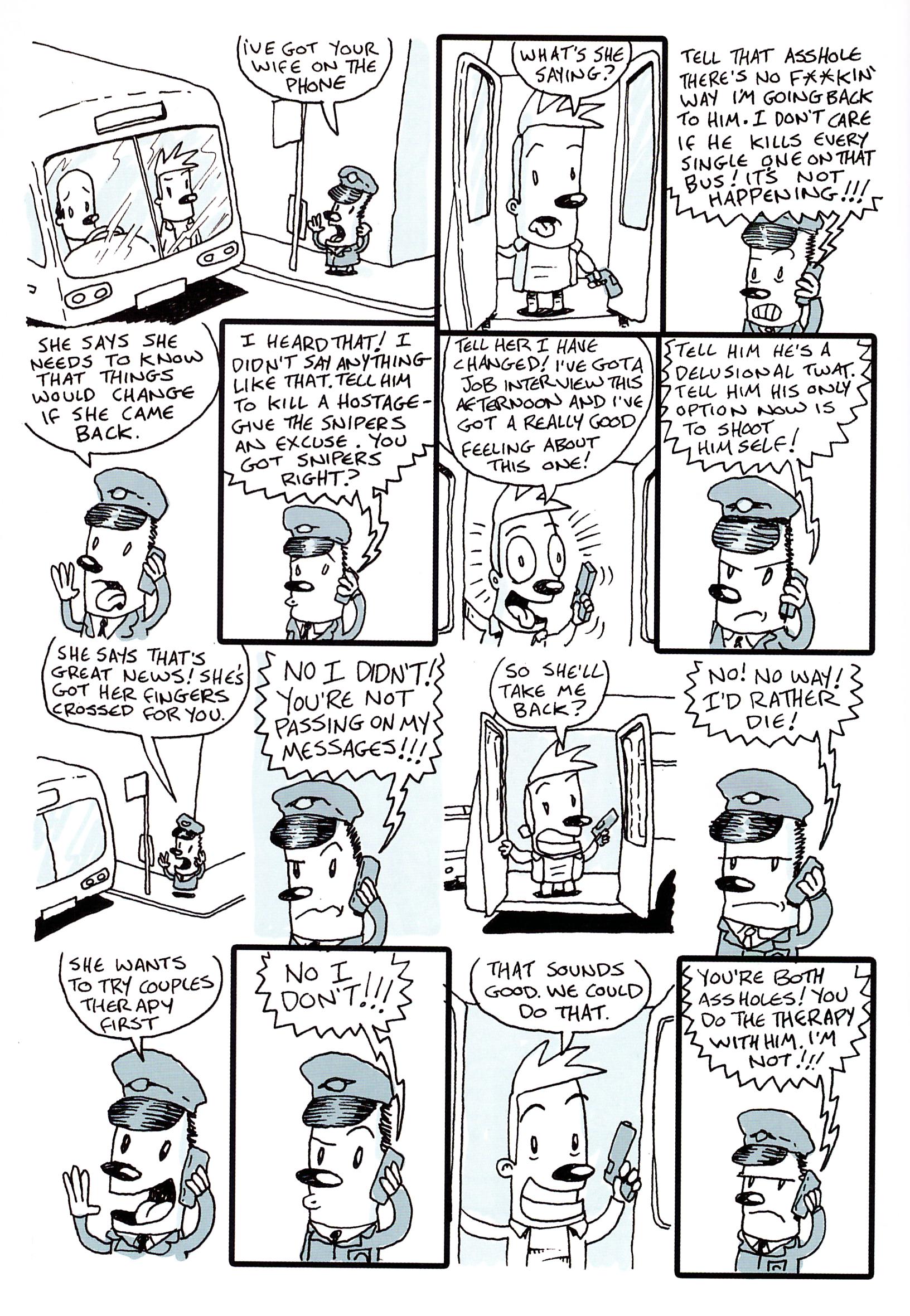 Nigel Aucheterlounie takes an interesting approach to Weak As I Am. There are no comforting introductions and no explanations to spell everything out. We’re just thrown in and left to figure things out as events progress. It’s novel and it works in introducing us to a world in which superheroes exist, but they’re viewed from the point of ordinary people. One interpretation of this idea has been continued very successfully for years, and indeed Kurt Busiek, writer of Astro City, provides a back cover quote. However, Auchterlounie fills his pages with wide-eyed, scratchy figures, basic but expressive, and a million miles from the pseudo realism so scrupulously cultivated by Busiek. Additionally, Weak As I Am is funny, often very funny.

Our lead character Spleenal is forty, claiming to be a cartoonist, but actually earning his money from a dull office job, frustrated at life and just noticing what could soon develop into serious health problems. His world is one where superheroes exist, although as the opening pages show, not to universal admiration, and on his way back from a medical check-up Spleenal chances on a battle between hero and villain that leaves hero on the verge of death. Life changes considerably for both as there’s something affecting peoples’ super powers. Not in a good way.

The dashed off nature of the cartooning lacks refinement, and while there’s a kinetic charm, it may put people off sampling, which would be a pity as under the guise of being an exploration of super powers, Auchterlounie’s presenting an insightful look at human nature. And let’s not forget it’s very funny. How would anyone react if they suddenly had super powers? Or equally, suddenly lost them? Or on discovering that there’s an extremely powerful super villain determined to kill them? Let’s just say this isn’t the hyper-caring world of the Justice League, and altruism isn’t always on the agenda. Weak As I Am doesn’t fulfil the standard caring quotient of a regular superhero graphic novel, but it’ll provide loads more laughs, and that’s just fine.

Weak as I Am is unfortunately absent from the major book selling sites, being one of the last Blank Slate graphic novels. The best bet for getting one is perhaps contacting the publishers directly or Aucheterlounie via twitter @spleenal.