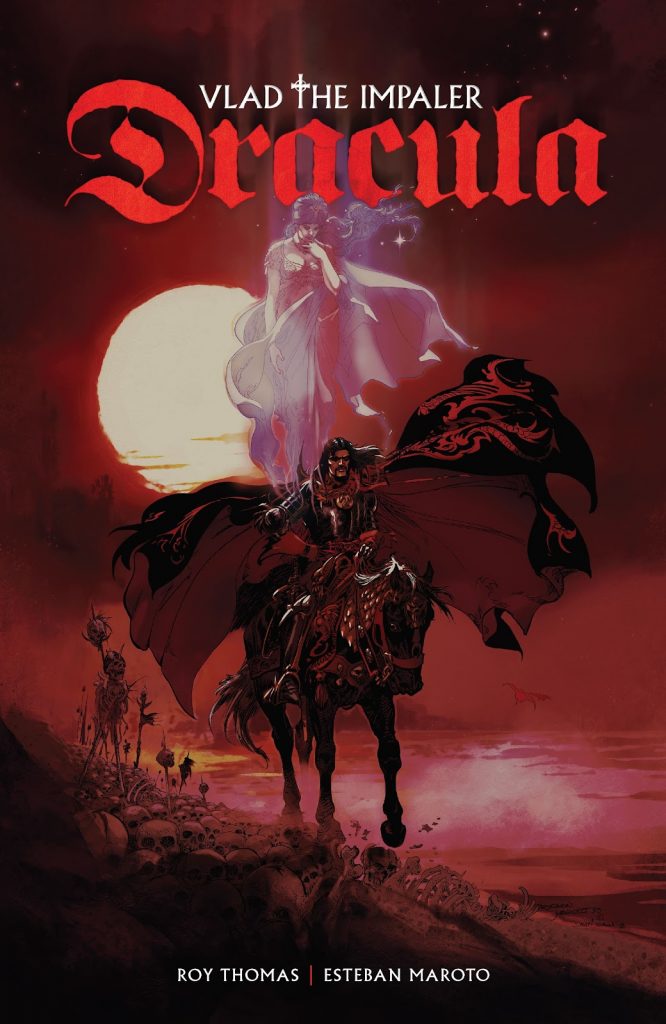 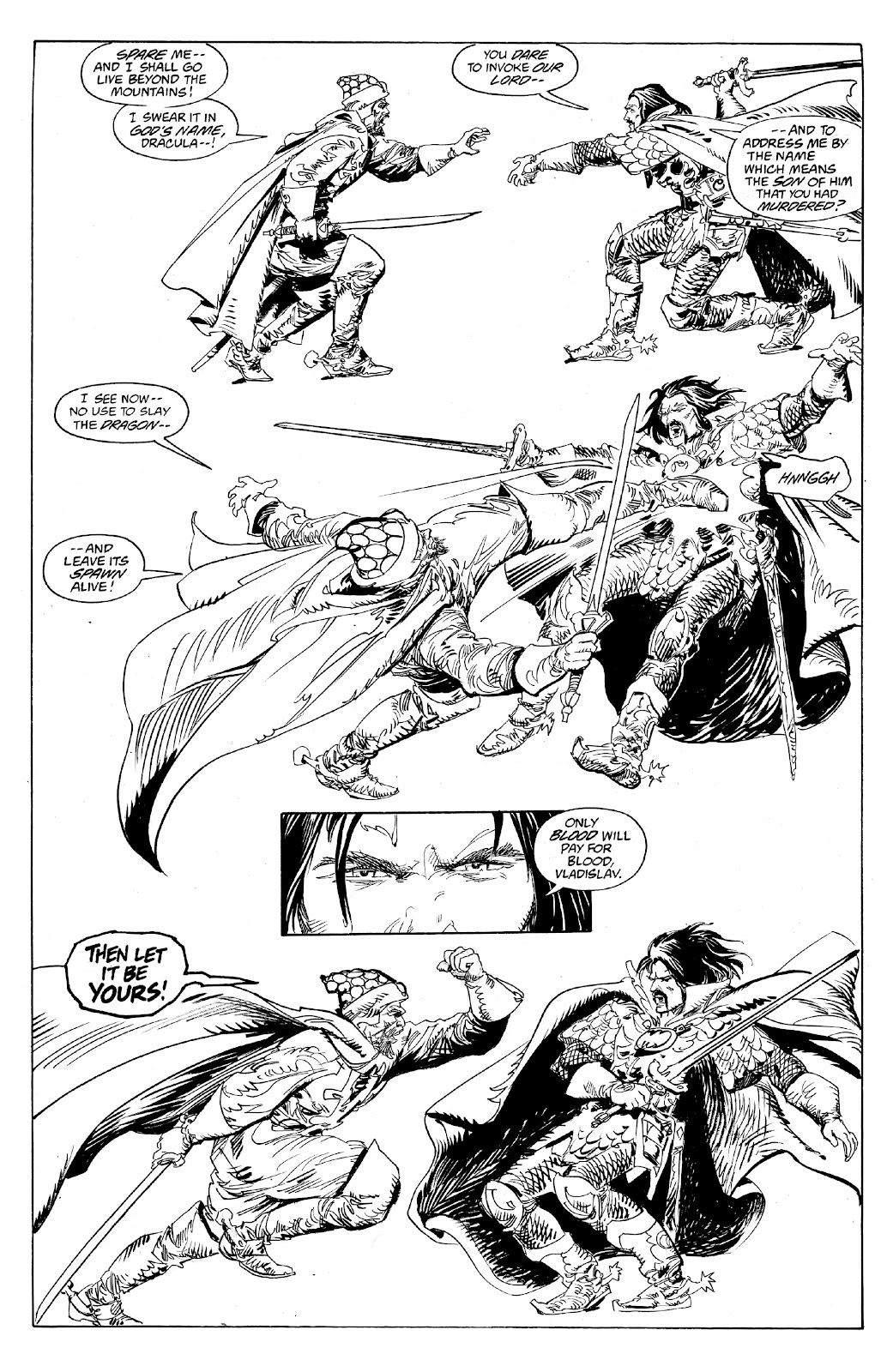 It’s commonly accepted that Bram Stoker based his Dracula character on Vlad the Impaler, the mid-fifteenth century ruler of a large area of what is now Romania. Among his reputations was a taste for inordinate cruelty, although he was also a respected general. Separating his true history from subsequent demonisation and myth is a thankless task, and the suspicion is that Roy Thomas decided early that Vlad the Impaler would read more sensationally for all-encompassing inclusion.

Thomas begins with Vlad early in his teens turned over to the Ottoman Sultan in order to ensure his father’s loyalty to that empire, and then set loose when his father died. His first rule of Wallachia was short-lived, and it would be another decade before he took full control, from when the legends began to spread.

As might be expected, this is a violently bloody story, Vlad responsible for genocide by any modern definition, and exploiting cruelty as a tool of fear. As this was originally published as standard comics, Esteban Maroto reins in the atrocities, but still features plenty of beheadings, stabbings, heads on pikes and other assorted impalings. He is, though, a master artist, and there’s a lot to admire in his cinematic page layouts, the detail on costumes and weaponry, and his interesting, character-rich faces. However, IDW have chosen to reprint from Maroto’s original black and white art, which is the proverbial double edged sword. There’s a pleasure in seeing the elegance of his line, but he created the art knowing the pages would be coloured, and so shading is minimal. The original colouring added a depth absent here.

Vlad cared nothing for Popes or Sultans, and anyone threatening his reign was summarily dealt with, preferably in the most violent and degrading way possible, as that sent out the strongest message. Thomas gives Vlad an unapologetic, matter of fact first person narrative that neither justifies nor apologises, which is a strength. He also shows Vlad as a cunning strategist beyond his primary reputation, in one instance employing dozens of men with transmissable conditions to mix with the invading Turks and infect them.

Unfortunately Thomas can’t resist hammering home the Dracula connection in fanciful final pages, messing with the tone he’s set from the start. Overall, though, while this isn’t a pleasant story, at its best it approaches compelling, and when it falls below that there’s still the beauty of the art to beguile the eye.