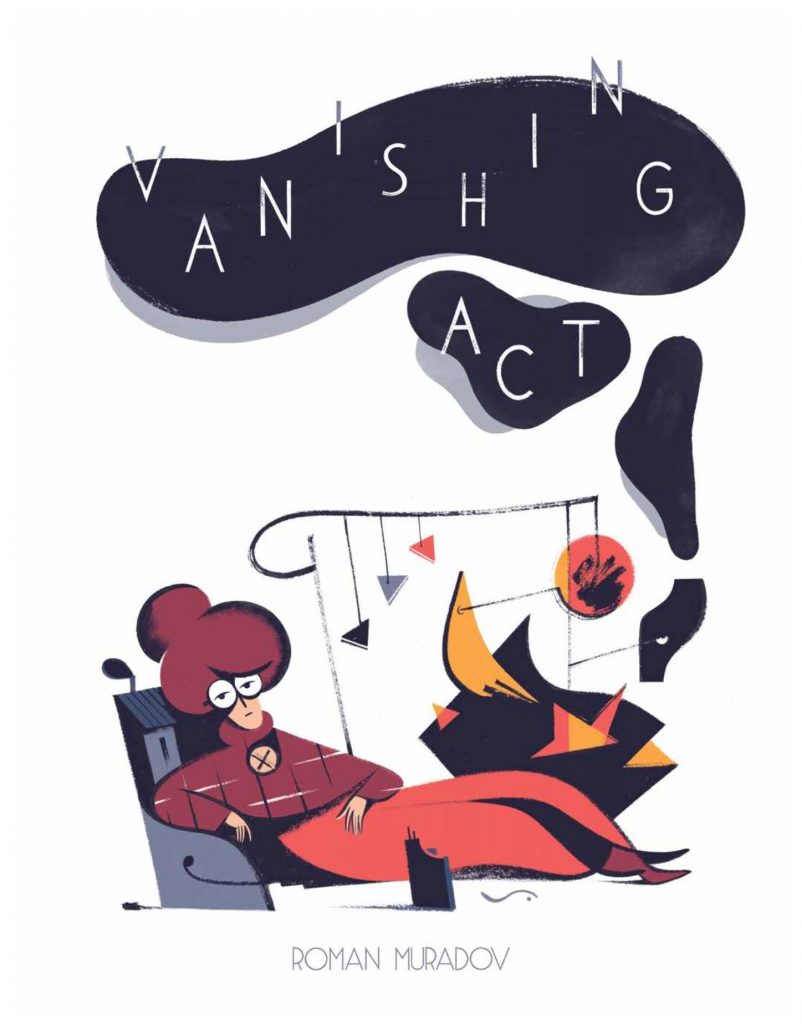 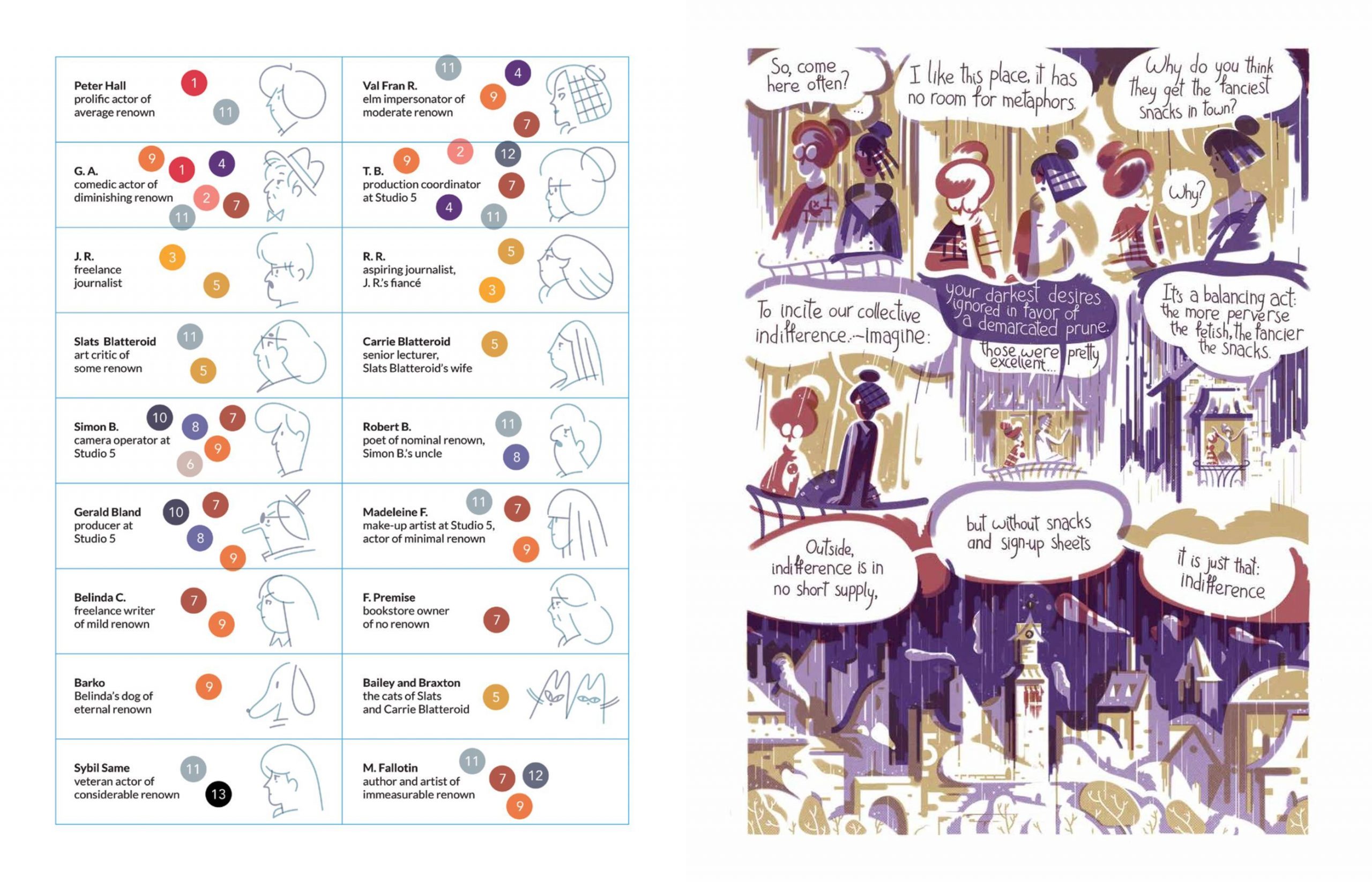 Roman Muradov’s Vanishing Act is a triumph of style over content, perpetually self-aware, where due attention is paid to every aspect bar ensuring a rewarding read. It’s clever, but a work of monumental self-indulgence as Muradov follows the interactions of a large cast over several locations in the course of a night. The thirteen stories are broken down into acts, as if a staged play, and can be read individually as vignettes or consecutively forming a narrative thread, both aided by consulting the location map and cast list provided at the beginning.

As if that’s not ambitious enough, Muradov draws each four page segment in a different style, some in such an abstract manner that the people involved are equally reduced to abstracts themselves. It’s an indication that the story content is a significantly lower consideration than the experimentation, concerning a group of people who work together on a long-running sitcom called Jarry in the House of Rue, ostensibly making their way toward a party late at night. They discuss their work and offer observations about life in deliberately pretentious language, some intended as parody as they attempt to impress each other, but with other equally hollow offerings not as obviously character defining. The Jarry reference and naming one character Peter Hall after a giant of British theatre are among the examples of Muradov wanting to impress rather than entertain.

That Muradov is a talented and versatile artist is not up for debate, nor is his ambition, but it’s not matched by his grasp. It’s a real struggle working through the smarm of the process, like attending a feeble meeting of the Algonquin Round Table with the A-listers absent and replaced by second rate minds determined to imprint themselves. Ultimately Vanishing Act is a project less concerned with the cast showing off than might be imagined and instead a fantasy about Muradov centre stage repeatedly screaming “Look at me”. It’s not a pleasant experience. 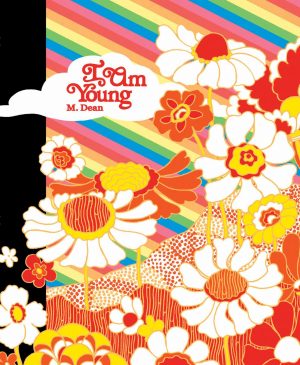